It’s good news for Charmed, as The CW has ordered more episodes of the reboot series.

The fantasy drama has yet to premiere (it kicks off in the US on October 14), but the network has ordered an additional five scripts (via TVLine) – taking the first season’s total number of episodes from 13 to 18.

The Charmed reboot wasn’t the only new CW show to receive an additional order.

Legacies, the spin-off to The Originals, will have an extra three episodes, while All American has five added to its first season.

Charmed will be debuting on E4 in the UK, although no premiere date has been set so far.

It follows three sisters – Macy (Madeleine Mantock), Mel (Melonie Diaz) and Maggie (Sarah Jeffery) – who discover that they are witches and together possess the ‘Power of Three’. 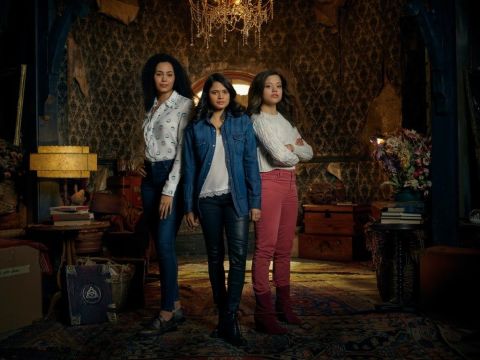 Original star Shannen Doherty recently defended the new show and spoke about how it’s carrying the torch for female empowerment.

“I think it’s great,” she said. “I think it’s awesome. I think second lives are amazing, so I’m all for it… I’m happy to see that a show, that back then was all about strong women who supported and loved each other, is now coming back again in this day and age.”

Charmed premieres in the US on The CW on October 14. E4 will air the series in the UK.

Next post Piers Morgan hints that Susanna Reid has a boyfriend as he jokes she's 'very, very happy' live on Good Morning Britain