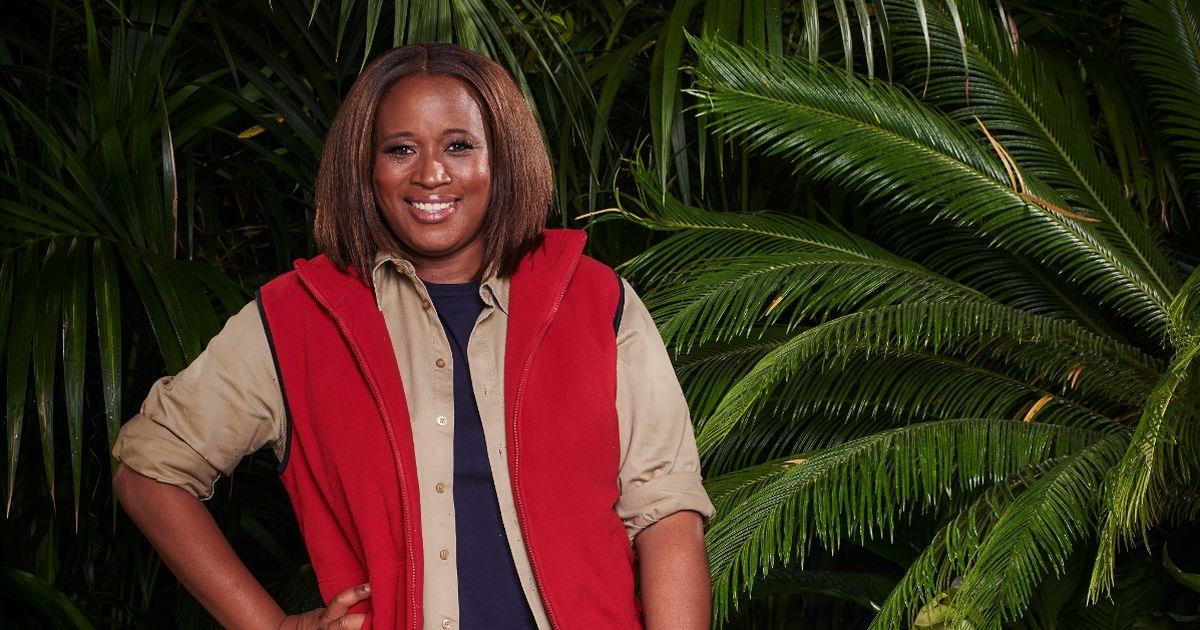 Loose Women star Charlene White is one of stars set to enter the jungle for the new series of I'm a Celebrity…Get Me Out of Here!

But how much do you know about Charlene White?

As the journalist and TV presenter prepares to enter the jungle, Daily Star takes a closer look inside Charlene White's life.

Should Hancock do every bushtucker task? Have your say here

Charlene White may be a familiar to face to many as a panelist on ITV talk show Loose Women – but did you know that the star also had a secret acting career?

In 1997, the journalist played Ayeesha in an episode of police drama The Bill, and has since played a newsreader in multiple TV mini series including Innocent, Dark Heart, Swimming With Men and Double Trouble.

Charlene first rose to prominence as a journalist for BBC Look East, Radio 5 Live and BBC News, before joining Radio 1's Newsbeat in 2002 and working at ITV as a reporter from 2008.

She has only been one of the lead announcers for the ITV Lunchtime and ITV Evening News since 2019.

Just one year later however, the star also appeared in a guest spot on Loose Women and was so well received, she was offered a permanent position when former panelist Andrea McClean left.

Speaking about joining the popular ITV programme, Charlene said in a statement at the time: "I'm absolutely stoked, I've been buzzing all this time to reveal that I'm the new anchor on Loose Woman."

Along with Loose Women and presenting the news, Charlene also fronted documentary Charlene White: Empire's Child, which explored the impact of the British Empire on her family history, as well as an investigative special with Trevor McDonald about the impact of George Floyd's death in the UK.

Although Charlene regularly delights fans on our TV screens, the star has spoken openly about the horrific abuse she has received from some viewers.

Speaking to The Mirror, she revealed that she was left "so upset" by one email from a viewer, who told her that her size was "unacceptable."

Charlene said that she has learned to "tolerate" the abuse and that she knows she is "good at her job," saying: "I'm comfortable in my skin. A year into starting at ITV, 15 years ago, I was working overnight shifts and an email came through at 10pm with 'your weight' in the subject line.

"The email said, 'You can't fail to notice that you're bigger than other news presenters. It's something that you need to deal with. It's unacceptable that you are the size you are.'

"I was so upset and it made me compare myself to other people, which, of course, is very unhealthy."

She continued: "With age and confidence, I've learned to tolerate communication such as that. I'm good at my job, irrespective of what I look like. Comments about my weight now don't bother me."

Charlene has dazzled fans with a series of gorgeous outfits, both on the red carpet and off.

Earlier this month, she wowed audiences with her seriously sexy outfit at the National Television Awards, with Charlene wearing a blue sequin strapless dress, paired with smoky eyes and her gorgeous curls flowing to her shoulders.

Sharing a photo from the red carpet on her Instagram page, she said: "We didn't win @officialntas for Best Daytime, but we deffo partied hard. Love my @loosewomen team man," followed by love heart emojis.

Charlene also wows followers on Instagram with her glamorous selfies, including on stunning snap that shows the journalist and presenter in a green and orange floor length patterned shirt dress.

The star looked radiant as she posed for selfie at a book launch event hosted by one of her friends, captioning the post: "I'm so proud of you Pippa, and thank you for getting us all together to celebrate you and your family."

The author also gushed over Charlene, replying in the comments: "My kind brilliant friend, how lucky I am to know you."

Away from the limelight, Charlene has been in a long-term relationship with her partner Andy for more than five years.

The couple live together in South London and first met a friend's party in 2015, with Charlene telling The Guardian: "I knew from the moment I met him at a friend's party the year before, that he was 'the one."

Speaking about how Andy feels about her entering the I'm a Celeb jungle, she revealed that he was very shocked that she is taking on the challenge.

"We made the decision together but he was like, ‘I have no idea how you are going to cope!’ I am not a ‘need to wear make-up, nails’ kind of girl but I am not very outdoorsy.

"In fact, I know the fact I am volunteering to choose to sleep outside will come as a massive shock to everyone at work, too!"

Charlene White is currently set to take on the next challenge in her career, as she enters the jungle for the latest series of I'm a Celebrity…Get Me Out Of Here!

The star will join other celebrities including Boy George, Chris Moyles and Coronation Street's Sue Cleaver, as well as politician Matt Hancock, as the new series begins on November 6, 2022.

However, she revealed that there is one part of the jungle that she is not looking forward to, saying to The Radio Times: "I was fine until they mentioned big spiders can crawl all over me when I am asleep which has freaked me out! I can’t stop thinking about it."

"There aren’t that many opportunities to have when you get older and it will be nice to see if I can do this.

"I’ve given birth to two kids in quick succession, survived that and lived to tell the tale! So, I feel it’s now right to take on another big challenge."