Celebs Go Dating only just wrapped up its fifth series earlier this month but they’re already teasing the latest arrivals to the agency ahead of the show’s next round.

With a sixth season definitely on the horizon – and after two of the celebrity daters broke the rules in the fifth season finale by dating each other instead – the Celebs Go Dating agency will need some more names on its books, and thankfully it looks like we’ll be finding out who’ll be taking that plunge sooner rather than later.

“That’s right and we will be giving you all the latest gossip in the next 24 hours across all our socials!!”

In a new clip, receptionist Tom Read Wilson can be seen asking “will we have two arrivals or one?” as matchmaker Paul Carrick Brunson watches on, before the video reveals that new “celebs” (plural) are coming – and two pairs of feet can be seen heading their way.

Who will be the latest celebrities hoping to be matched up with their dream date? We don’t know yet, but going by everyone’s reactions it certainly looks like it’s going to be someone big.

The last series of the show saw Olivia Attwood, Alik Alfus, Callum Izzard, Amy Tapper, Eyal Booker, Chloe Sims, Mutya Buena, Sam Craske and Vas J Morgan all looking for love, while Olivia and Sam found it with each other. 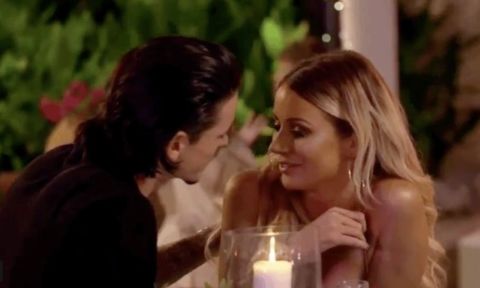 There was also just as much drama behind the scenes of the season too as dating expert Nadia Essex was suspended from the show, before exiting mid-series.

She had been suspended in the middle of filming over allegations of “improper use of social media” and later resigned as the head dating expert.

“Thank you for being the best fans in the world. Love you all.”