Channel 4 is airing series two of Celebrity Gogglebox which kicked off on June 5. The show continues on Channel 4 on Fridays at 9pm. Much like the standard version, families will be giving their opinions on the television highlights from the week. However, viewers will be seeing a whole host of famous faces from across the celebrity spectrum serving up armchair commentary about what’s on the box.

Who is on Celebrity Gogglebox 2020?

Making a comeback for series two of Celebrity Gogglebox will be television personality Denis Van Outen and her partner Eddie, who will be appearing in all episodes of the show.

Denise has been in a relationship with Essex commodities trader Eddie since 2014.

The couple got together following her split from husband Lee Mead in 2013.

Denise is a multi-talented star and has worked as a singer, actress, dancer and presenter. During her career she hosted The Big Breakfast, served as a judge on Any Dream Will Do and starred in the West End production of Chicago.

More recently, she narrates ITV reality series The Only Way Is Essex and was on the judging panel for Ireland’s Got Talent. 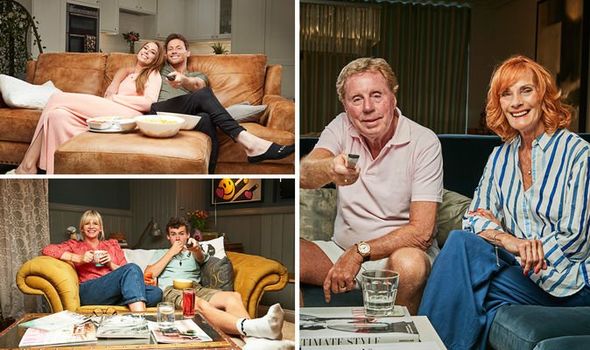 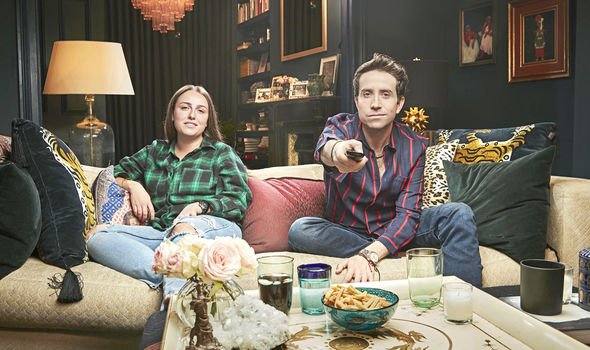 Another set of famous faces will be former BBC Radio 1 presenter Nick Grimshaw who will be on the sofa with his niece Liv.

The pair will be making an appearance in all episodes across the series.

Nick’s career was launched on the Radio 1 Breakfast show after he took over for Chris Moyles before going on to present shows for Channel 4 and T4.

He’s also been on The X Factor judging panel as well as making a cameo in the Disney film Wreck-It Ralph and played himself in Absolutely Fabulous: The Movie.

His friend Babatunde Aleshe is a writer, actor and fellow comedian with credits in EastEnders, New Tricks and Law and Order: UK, and Doctor Who.

Aleshe has performed gigs at the O2 and the Hackney Empire. 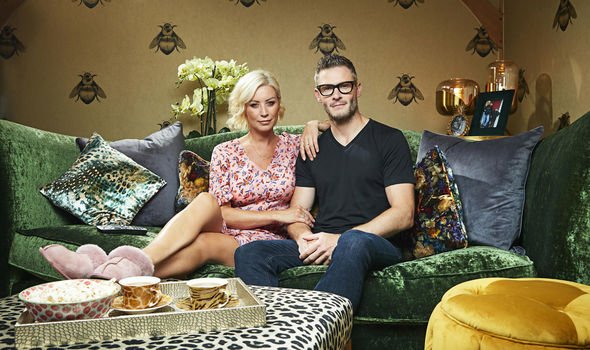 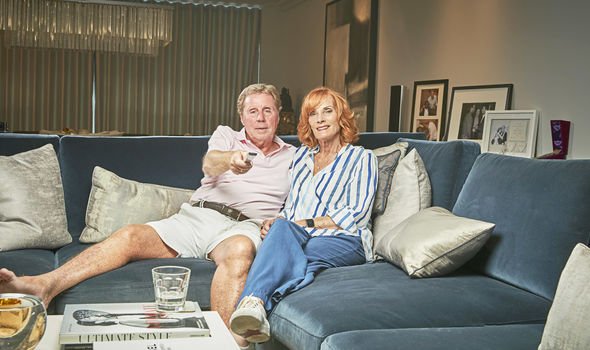 Couple Joe Swash and Stacey Solomon will also be making a comeback to Celebrity Gogglebox and will be in some of the series.

The pair are stars in the own right with Stacey first finding fame on The X Factor before going on to become a Loose Women panellist.

She’s also appeared on The Jump, I’m A Celebrity… Get Me Out of Here! and Celebrity Juice.

While Joe is best known for playing Mickey Miller in EastEnders as well as being a host with stints on I’m a Celebrity: Extra Camp and CBBC show Gimme A Minute and ITV2 series Minute To Win It.

Joe and Stacey started dating in 2016 after previously meeting on I’m A Celebrity and they welcomed a baby boy in 2019.

In a first for Celebrity Gogglebox, Zoe Ball and her son Woody Cook will be featuring across all episodes of the new series.

Zoe is no stranger to screens after starting out on children’s TV on Live and Kicking in the 90s.

More new faces come in the form of former football manager and player Harry Redknapp and his wife Sandra.

Harry has previously managed Tottenham Hotspur and West Ham, among other football teams during his career.

Most recently, he was crowned the King of the Jungle on I’m A Celebrity… Get Me Out of Here! in 2018 after winning over the nation.

The couple have been married for over half a century after tying the knot in 1967 and have two sons together.

They are parents to footballer Jamie Redknapp, who was previously married to pop star Louise, and model Mark.

Nicola Adams and her partner Ella

Olympic boxer Nicola Adams and her partner Ella are going to be joining Celebrity Gogglebox for the first time.

Nicola is no stranger to screens after she won gold at London 2012 and later at Rio 2016.

The couple will be in a handful of episodes in the new series.

The This Morning presenting duo and husband and wife will be sharing their thoughts on shows.

Eamonn has been a firm fixture on breakfast television on ITV for 30 years.

Ruth is best known for being a presenter and Loose Women panelist.

With Love Island off-screens, the ITV2 show’s narrator Iain Stirling will be weighing in on other TV programmes.

He will be joined by his girlfriend and Love Island presenter Laura Whitmore.

The couple are also newbies to Celebrity Gogglebox and will be appearing in the latter half of the series.

Celebrity Gogglebox airs on Channel 4 on Fridays at 9pm