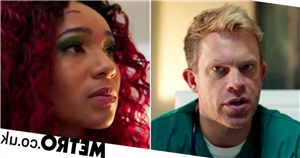 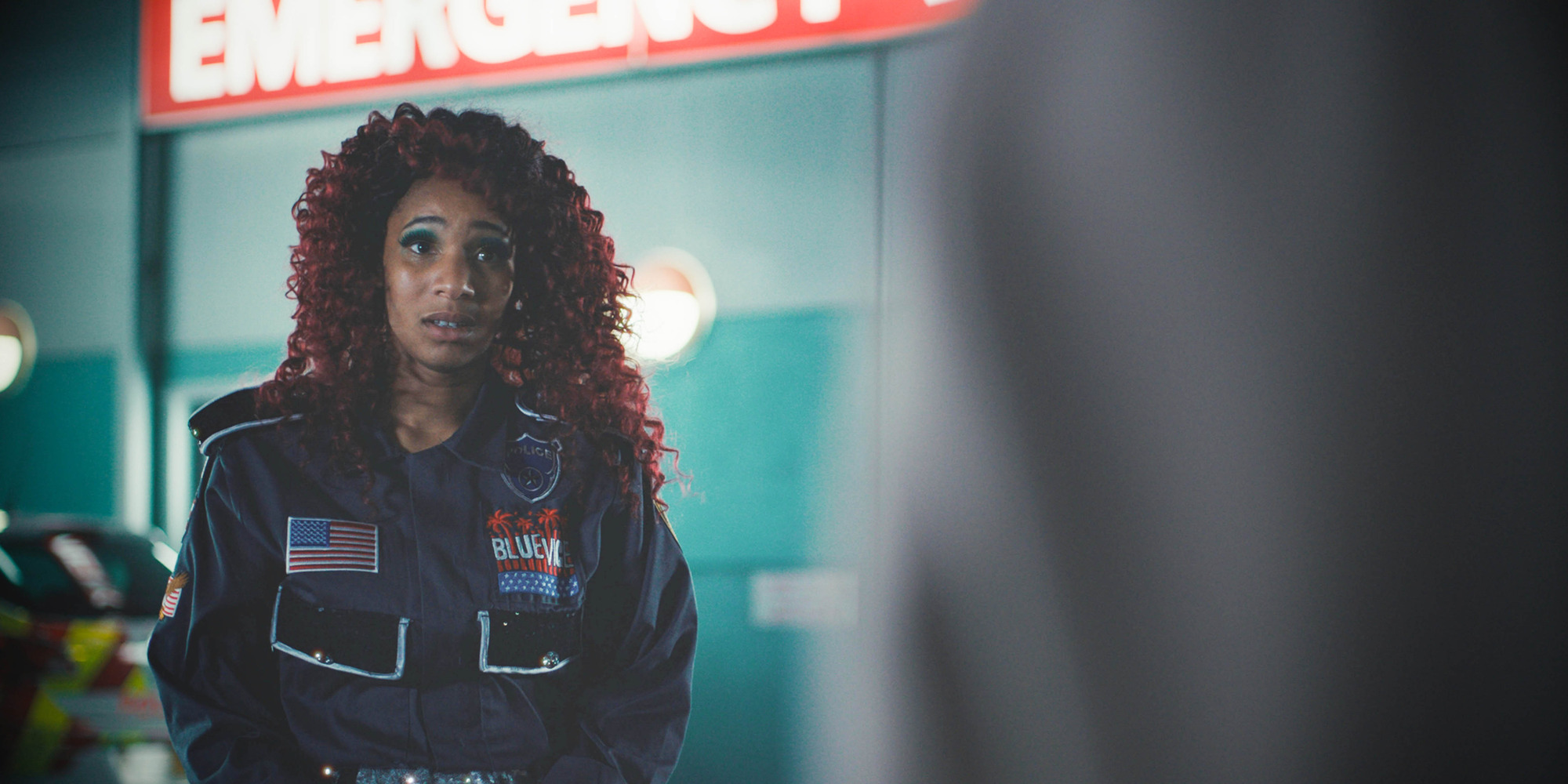 New Casualty F1 Dr Paige Allcott (Shalisha James-Davis) made quite the impact on the ED in tonight’s episode – for all the wrong reasons.

Her medical career was due to start on Monday, but she was spending Saturday night working in a bar, where she was required to dress up in some kind of police uniform, complete with handcuffs. These came in handy (pun intended) when she gave chase to Heath, a man she’d seen stealing a woman’s purse. Determined not to let him get away she handcuffed herself to him, which meant that when he had a seizure and fell off the balcony, Paige was obliged to fall with him.

She wasn’t badly hurt, but had a cut to her head and was still attached to the slightly more badly hurt Heath. Realising that this wasn’t going to create a great first impression on her future colleagues, Paige tried to keep quiet about being a doctor, but was forced to mention it to stop Ffion (Stirling Gallacher) taking Heath to the police station.

Paige seems to be the kind of person who acts before she thinks, and has more confidence than common sense. This led to her contacting Heath’s mother without his permission, and making a random diagnosis that his bad behaviour must have been caused by a brain tumour.

She had little to back this up other than the general Casualty rule that if a newbie makes a diagnosis which the old hands disagree with, the newbie usually tends to be right. Not on this occasion, though, and Dylan (William Beck) was rightly furious that Paige had managed to cause so much mayhem in so little time.

There are signs that when she settles down she’ll be the kind of doctor the ED really needs – she’s tough, brave and knows what to do in a crisis. But whether she’ll manage to get the sack first remains to be seen.

Meanwhile, Faith (Kirsty Mitchell) decided to throw caution to the wind when on a boozy night out with Stevie (Elinor Lawless), by picking up a random man and going back home with him. Will it be something she regrets, or is it the start of Faith rebuilding her life after Lev’s death?

Sue Haasler is the author of five novels and the official BBC Holby City book, which you can read about here.