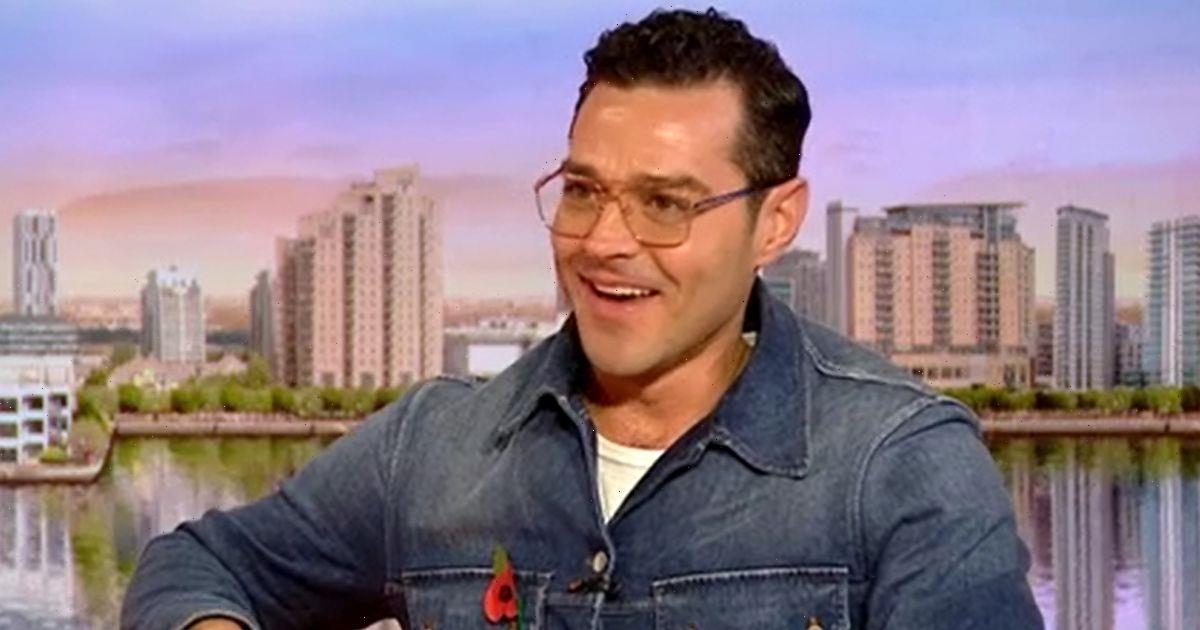 Busted star Matt Willis has said that Tom Fletcher was a "terrible dancer" before he went on Strictly Come Dancing, but now he looks "like a pro".

The rock star is close pals with McFly singer Tom, and the pair even went to stage school together at Sylvia Young Theatre School in London – which is where they first met each other.

Matt joined the BBC Breakfast sofa on Wednesday (November 10), and he told hosts Sally Nugent and Nina Warhurst that Tom wasn't always the dazzling dancer that he has been on Strictly.

Sally asked Matt how she thought Tom was doing on Strictly, and what he thought of his paso doble routine which he performed on Saturday (November 6).

Matt replied: "I thought he was absolutely amazing. I'm always on stage when he's on so I miss him every week but I watch him immediately afterwards on record."

Matt was then showed a clip of Tom's paso doble, and as he watched he gasped: "Oh my god it's such a good dance, look at him, he looks like a pro!"

He then recalled his days at theatre school with Tom, and it turns out that the future rock stars were never picked for dancing parts at stage school.

Matt said: "I went to stage school with Tom. We went to theatre school together, and he was a couple of years younger than me, and we were both at the back, not dancing, normally singers.

"We were not picked to dance for anything, we were terrible, and he has blown me away [on Strictly].

Tom and his Welsh dancing partner Amy Dowden scored a whopping 38 points for their paso doble last week – their highest score of the series so far.

Tom's I'm a Celebrity winner wife Giovanna was left in tears at the brilliant performance as host Claudia Winkleman said that she had been "brushing back tears".

It comes as Giovanna leaked Tom's next dance routine on Zoe Ball's Radio 2 Breakfast Show, revealing that he was set to perform a Viennese Waltz.

Speaking about her husband's Strictly journey on Zoe Ball's radio show, Giovanna admitted that it could be a "stressful" experience at times.

She said: "I absolutely love it, I love seeing him immerse himself in the experience, love learning each dance.

"The beginning of each week is a bit hairy, it's quite stressful, it's a completely new technique."

She then said: "She said: "So now it's the Viennese Waltz for him, it's a very different pace to the Paso Doble, but it was incredible watching him."

She went on: "It's a clean slate, whatever you've done before, your successes from the weekend, they're no longer there."

Giovanna later admitted: "I don't even know if I'm allowed to say he's doing that, but he is doing that, obviously"

Host Zoe replied: "Are we in trouble?" before adding: "No one's listening, it's fine Giovanna, it's fine,"