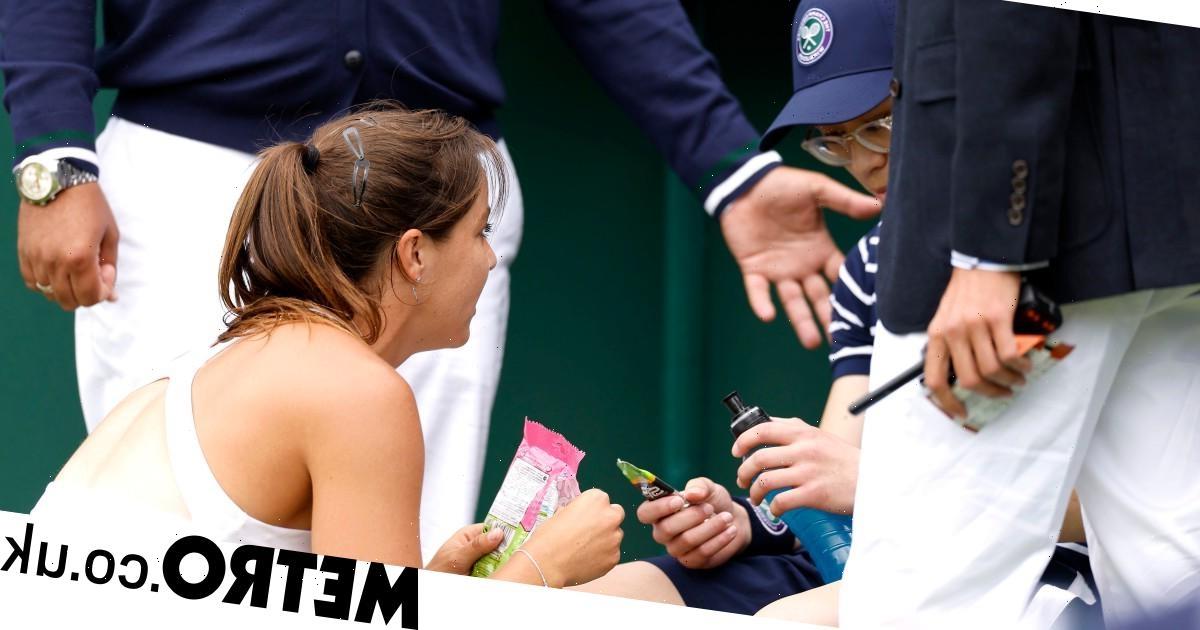 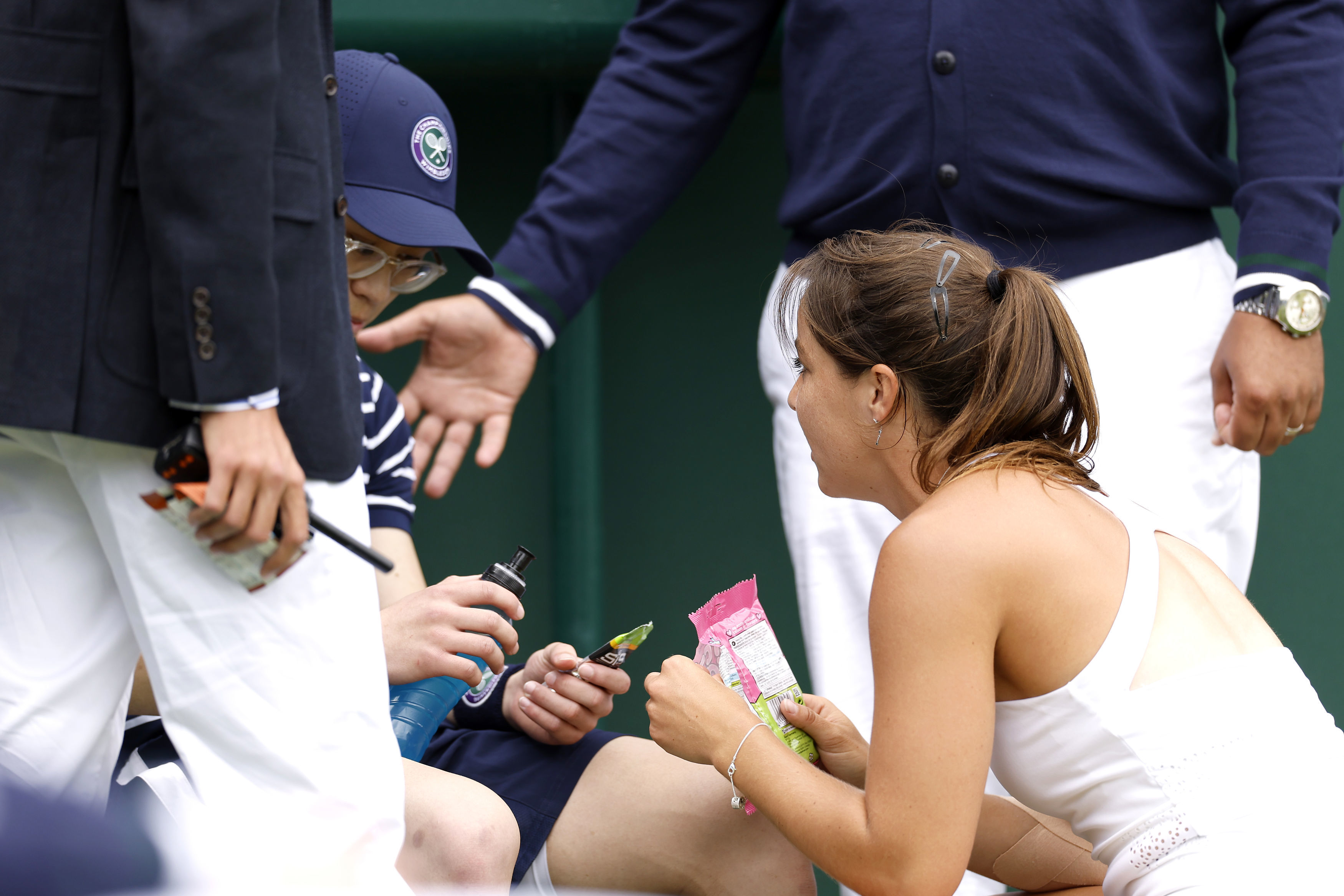 British tennis star Jodie Burrage halted her first-round Wimbledon match to come to a ball boy’s aid when he fell unwell, helping to boost his energy with a drink and sweets.

People watching the match on BBC One were left in awe by Burrage’s admirable actions, while also questioning why she was the first person to step in when she was in the middle of her first set.

Today, the prestigious Grand Slam kicked off, with stars including Andy Murray, Novak Djokovic and Heather Watson among those beginning their campaigns.

Not long after Burrage and Tsurenko’s match began, when the latter was only one game up, Burrage could be seen walking to the corner of the court to check on a ball boy.

The 23-year-old then swiftly ran over to the umpire’s chair to fetch an energy drink, retrieving some Percy Pig sweets from her bag as well.

The commentators sounded perplexed as they watched the series of events unfold, with one of them saying: ‘What’s going on here? Oh dear,’ while the other remarked: ‘The ball boy just needs a little bit of attention.’

The spectators clapped for Burrage as she jogged over to help the ball boy, who was sitting down on a chair while flanked by two men as the umpire also descended from his chair to check on him.

‘Well done Jodie for doing that,’ a pundit said. ‘Horrible when you see that with the ball boys and girls.’

However, they also remarked that one would have thought someone else would have been on hand to help, rather than the tennis player who was in the middle of her match following a lengthy rain delay.

‘I know Jodie Burrage is doing her best there, but… hopefully someone will arrive soon,’ they said.

They questioned how the ball boy became unwell, whether he slipped, took a ‘little bit of a turn’ or perhaps just felt ‘a little bit faint’.

Several people on Twitter also praised Burrage for stepping in, while asking why she was the first person to lend a hand.

‘Aww well done Jodie Burrage for helping the ball boy @Wimbledon The BBG team needs to be a bit quicker in getting to him to swap out,’ one person said.

‘Jodie Burrage is being adorably kind but surely someone else should be looking after the unwell ball boy, not one of the players?’ another tweeted.

‘I feel like Jodie Burrage (despite doing a great job) shouldn’t still be the one providing treatment to this ball boy. Where the hell are the medics?’ someone else wrote, while another said it was ‘admirable’ that Burrage ensured the ball boy was alright before continuing play.

Burrage ended up being knocked out of Wimbledon by Tsurenko in straight sets, losing 6-2, 6-3.

Wimbledon is available to watch on BBC One and BBC iPlayer.