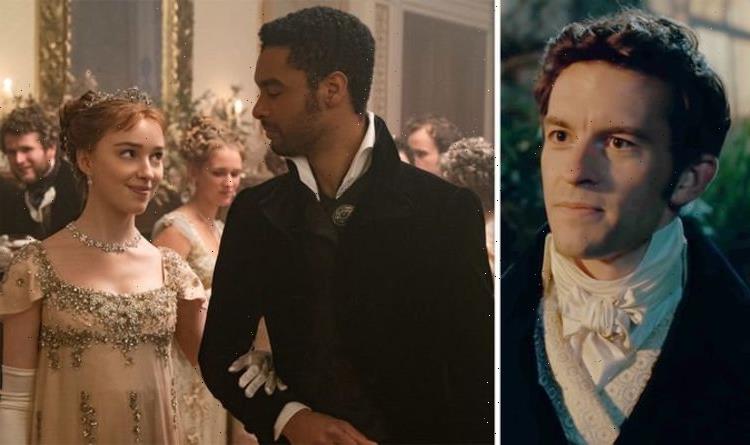 Fans are going to be waiting a little while longer for the new series Bridgerton after Lady Whistledown herself revealed season two wouldn’t be hitting screens until March 25, 2022. The new series of the Netflix drama is going to be drawing upon the second novel in American author Julia Quinn’s Bridgerton book series, The Viscount Who Loved Me. But some familiar with the book are curious about whether this could mean a possible cameo by the hero the Duke of Hastings, Simon Basset (played by Regé-Jean Page).

WARNING: This article contains spoilers from The Viscount Who Loved Me and possible Bridgerton season 2 spoilers

British star Page left viewers weak at the knees as the Duke of Hastings in Bridgerton season one but sadly the actor later confirmed he wouldn’t be reprising his role for the second outing of the period drama.

He previously described his part in Bridgerton as a “one-season arc” with each instalment forming a self-contained story.

Speaking to Variety earlier this year, he said: “I have nothing but excitement for Bridgerton continuing to steam train off and conquer the globe.”

The 33-year-old actor added: “But there is also value in completing these arcs and sticking the landing.”

Season two is very much Anthony Bridgerton’s (Jonathan Bailey) love story as the patriarch of the wealthy family goes on the hunt for a wife on the marriage mart.

In true Bridgerton tradition, Anthony’s plans are scuppered and he meets his match in the feisty Kate Sharma (Simone Ashley).

The new series will be very much delving into Anthony’s backstory after viewers were given hints of the burden he bore as the head of the Bridgerton clan after his father’s tragic demise many years earlier.

However, those familiar with the Bridgerton books will be aware Simon and indeed Daphne (Phoebe Dynevor) do appear in The Viscount Who Loved Me.

The scene in question involves a croquet game with the Bridgerton siblings all coming together to play Pall Mall.

Interestingly, author Quinn previously admitted the Pall Mall scene almost didn’t make it into the story but the writer felt it was needed to build upon the romance between Anthony and Kate.

Writing on her official website, Quinn said: “I was about two-thirds into the book when I realized [sic] that everything seemed to be happening too fast.

“Specifically, Kate and Anthony seemed to have gone from dislike to admiration too quickly.

“I realized [sic] I needed to add a scene in which Kate realized [sic] that Anthony wasn’t such a bad guy, and the best way to do that would be to show him interacting with his family.”

Kate will find herself encountering Anthony and his various siblings along with the Duke and Duchess of Hastings.

While their role is a small one, readers get the sense Simon and Daphne are still very much in love with the Duke besotted over the eldest Bridgerton lady and the couple planning to expand their brood.

The scene is an iconic one in The Viscount Who Loved Me and a fan-favourite, in some ways checking in with the Hastings after the events of The Duke and I.

Actress Dynevor has been spotted filming scenes for season two and could well be in the Pall Mall scene.

For now, though it looks like Page isn’t going to be in the new series and is working on new projects.

Nonetheless, his absence could be explained in the script for season two with the Duke perhaps called away on urgent business.

Page has been connected to several projects following his starring role in Bridgerton including a new Dungeons & Dragons film and a movie called The Grey Man.

He was also touted to be the next James Bond given his suave turn as Simon with many hopeful he will join the spy franchise.

Bridgerton season 2 will be released on Netflix on March 25, 2022