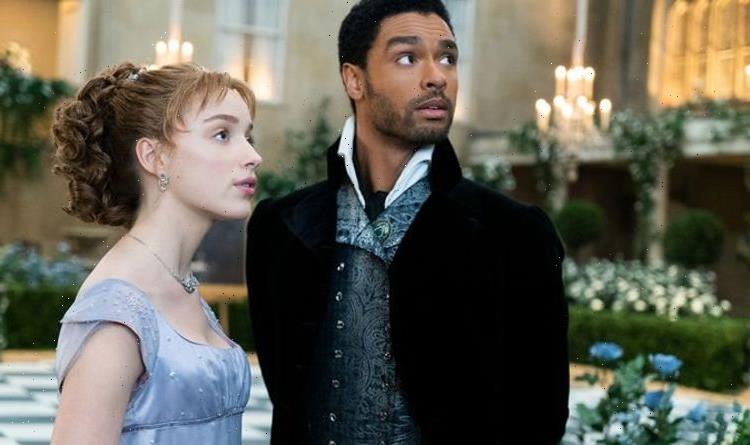 Bridgerton fans are gearing up for the imminent release of season two on Netflix. The series is based on the Bridgerton books by Julia Quinn and the first instalment followed the eldest daughter, Daphne Bridgerton (played by Phoebe Dynevor). The second season steps away from Daphne and her unlikely relationship with Simon Basset, the Duke of Hastings (Regé-Jean Page).

When is Bridgerton season 2 out?

Fans will be delighted to hear the scandalous Shonda Rhimes drama will be returning very soon.

Not only is Bridergton coming back for one more outing, but Netflix has also officially renewed the drama for a third and fourth series.

The second season will see the eldest Bridgerton sibling Anthony (Jonathan Bailey) find love as it plans to draw inspiration from The Viscount Who Loved Me.

An official release date of March 25 has been set and the whole season will drop at once.

Lady Whistledown’s letter said: “I do hope you have stored a bottle of ratafia for this most delightful occasion.

“The incomparable cast of Bridgerton will return to production in the spring of 2021. This author has been reliably informed that Lord Anthony Bridgerton intends to dominate the social season.

“I will have my pen ready to report on any and all of his romantic activities.”

Fans fell in love with the series which has been described as being in the same vein as Gossip Girl.

Who will be in the cast of Bridgerton season 2?

As Lady Whistledown suggested, the second instalment will focus on Anthony Bridgerton, the eldest sibling.

This means Bailey will reprise his role as the star of the show, and the other Bridgerton siblings will return.

Fans should be able to see more of Dynevor and Page as Daphne and the Duke and Claudia Jessie, Luke Thompson and Adjoa Andoh are likely to return as Eloise, Benedict and Lady Danbury respectively.

Now fans know Penelope Featherington (Nicola Coughlan) is the real face behind Lady Whistledown, she should be returning.

They will hopefully see Luke Newton return as Colin Bridgerton however his character did leave to go travelling at the end of the first season.

Another casting announcement has been made, with Rupert Evans playing Edmund Bridgerton.

Is there a trailer for Bridgerton season 2?

An official trailer was released on February 14 and it shows Lady Whistledown asking viewers: “Dearest gentle reader, did you miss me?

“As the members of our ton question my identity and means, this author has been doing but one thing. Honing my skills.

“No, even better, I’ve been sharpening my knives. For all of you.”

Penelope Featherington, who was revealed as Lady Whistledown at the end of season one, is then seen penning her next letter.

What will happen in Bridgerton season 2?

At the end of the first season Anthony found himself to be unlucky in love once again, after he was turned down by Siena Rosso (Sabrina Bartlett).

Knowing they were from two different worlds and could never be together, Siena quite literally closed the door in Anthony’s face when it came to their relationship.

Anthony was heard telling Daphne he was ready to up his game and settle down, so the second season will follow his plight to find love.

He has someone in mind, but he ends up falling for his suitor’s older sister Kate Sheffield.

Kate makes it her mission to stop the wedding between her sister and Anthony and in the process, Anthony discovers unwanted feelings for Kate.