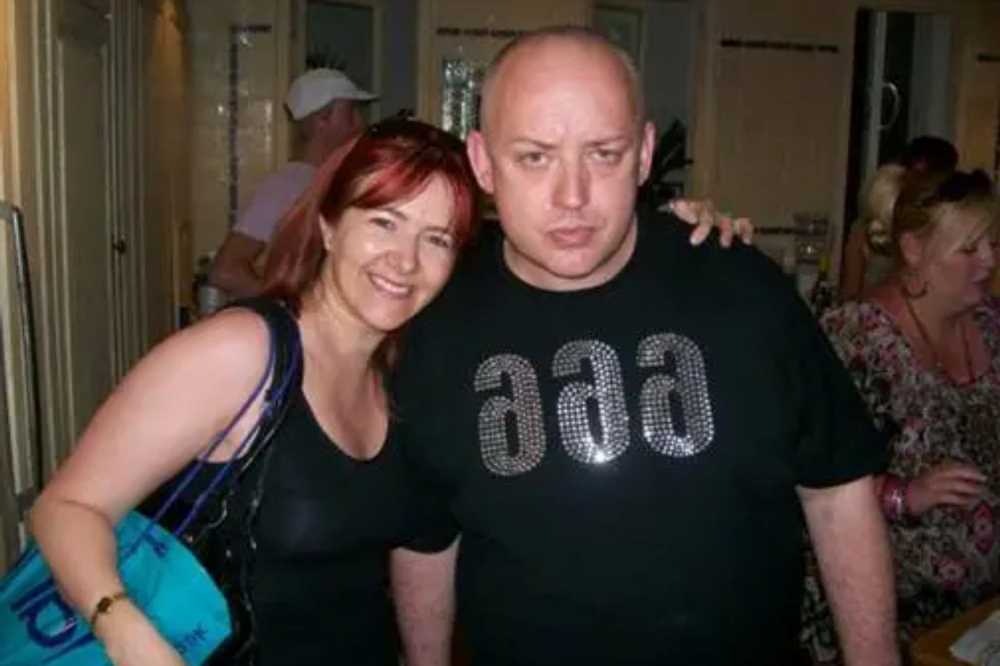 BOY George is barely recognisable in a snap taken shortly after he was released from jail 13 years ago.

The Culture Club singer, who is currently in the I'm a Celebrity jungle, spent several months behind bars for assault and false imprisonment. 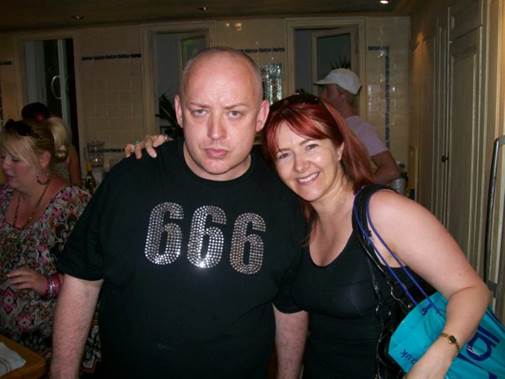 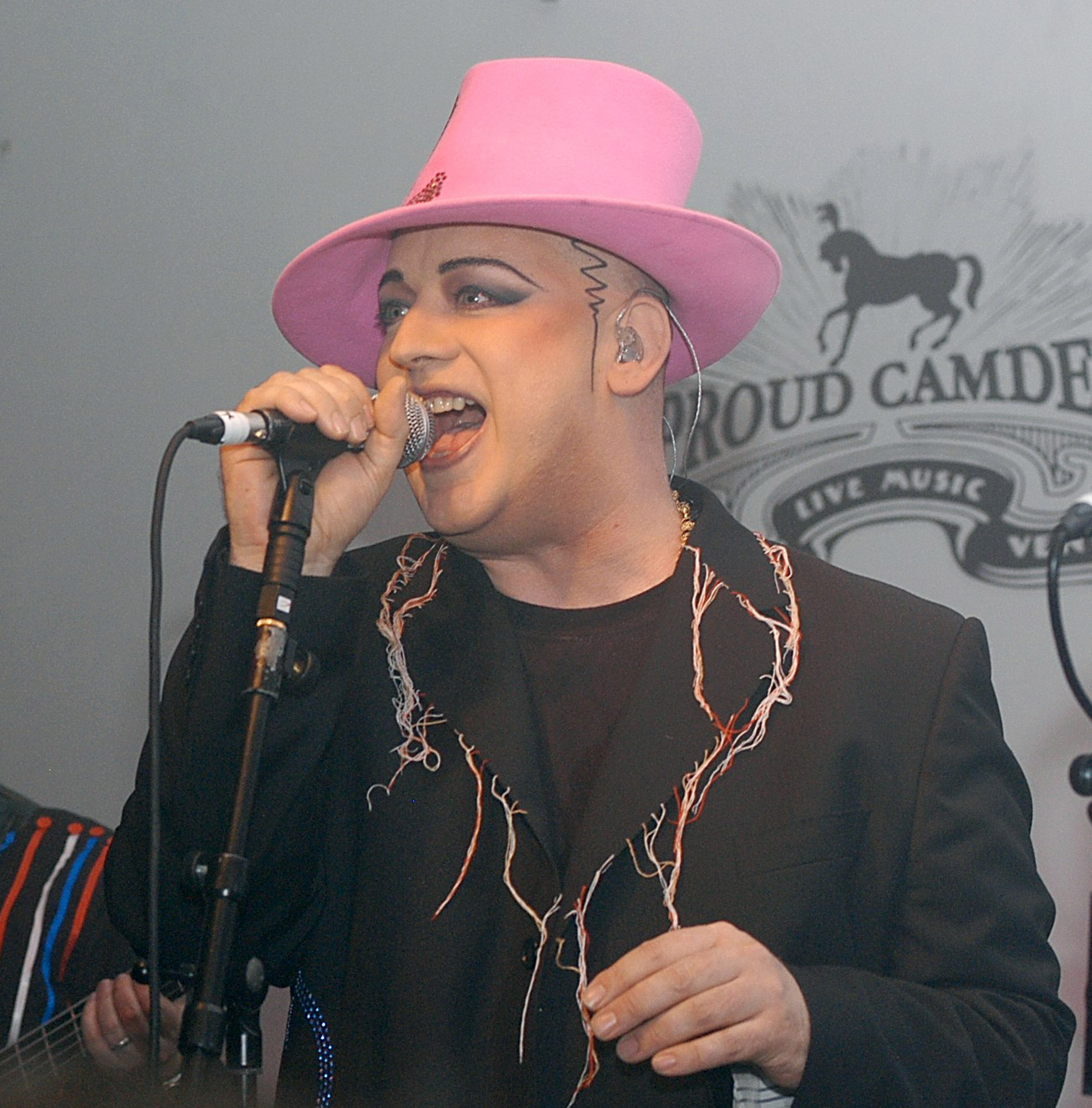 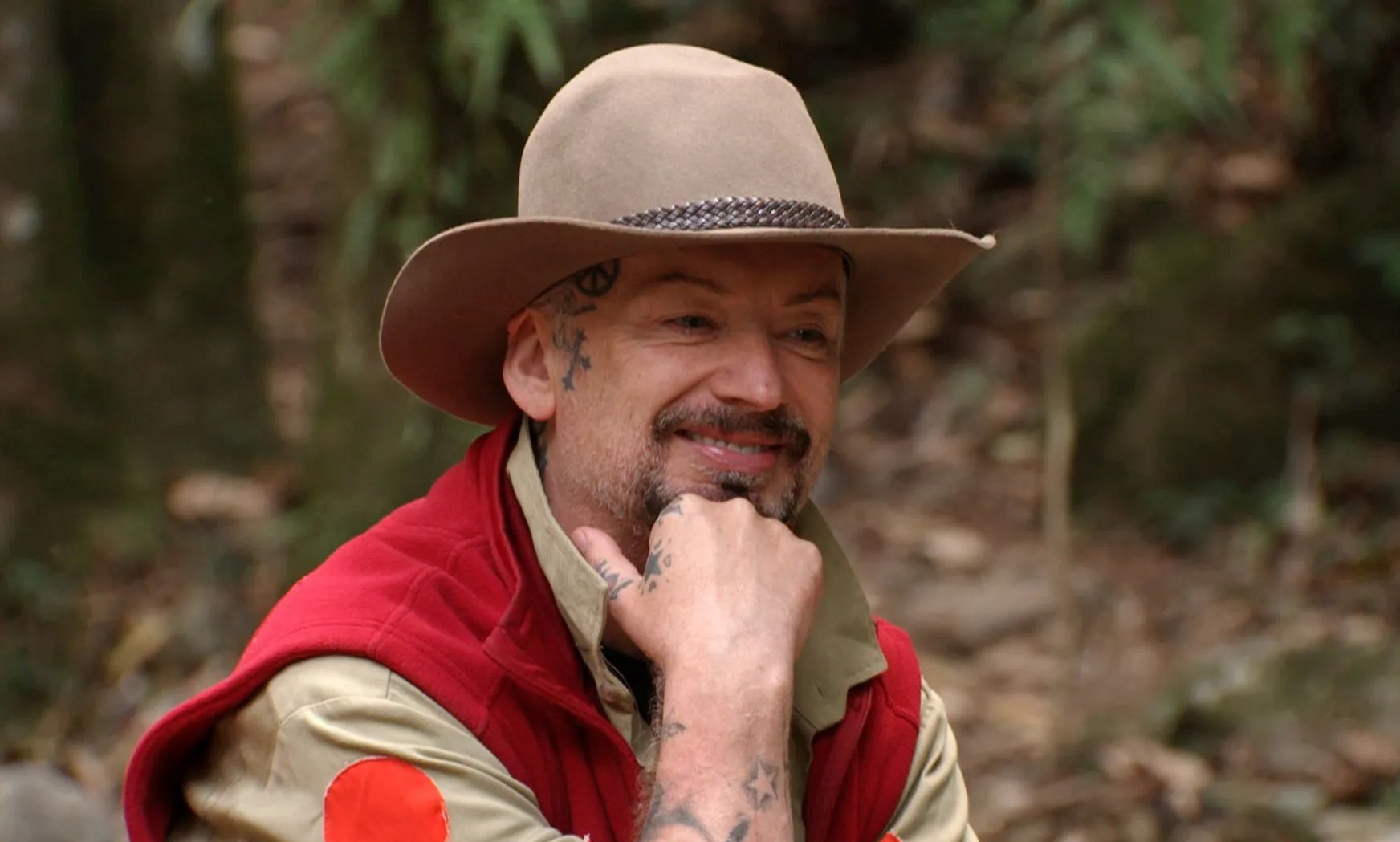 He was found to have handcuffed Norwegian model and male escort Audun Carlsen to a wall in January 2007.

George claimed he was high on cocaine and having a psychotic episode at the time, but, in 2009, was sentenced to 15 months.

However, the hitmaker, now 61, served just four and partied hard upon his early release, a friend has claimed.

In a photo shared by Vicki McKellar, who became George's pen-pal while he was in prison, he looks worlds away from the flamboyant image he's known for. 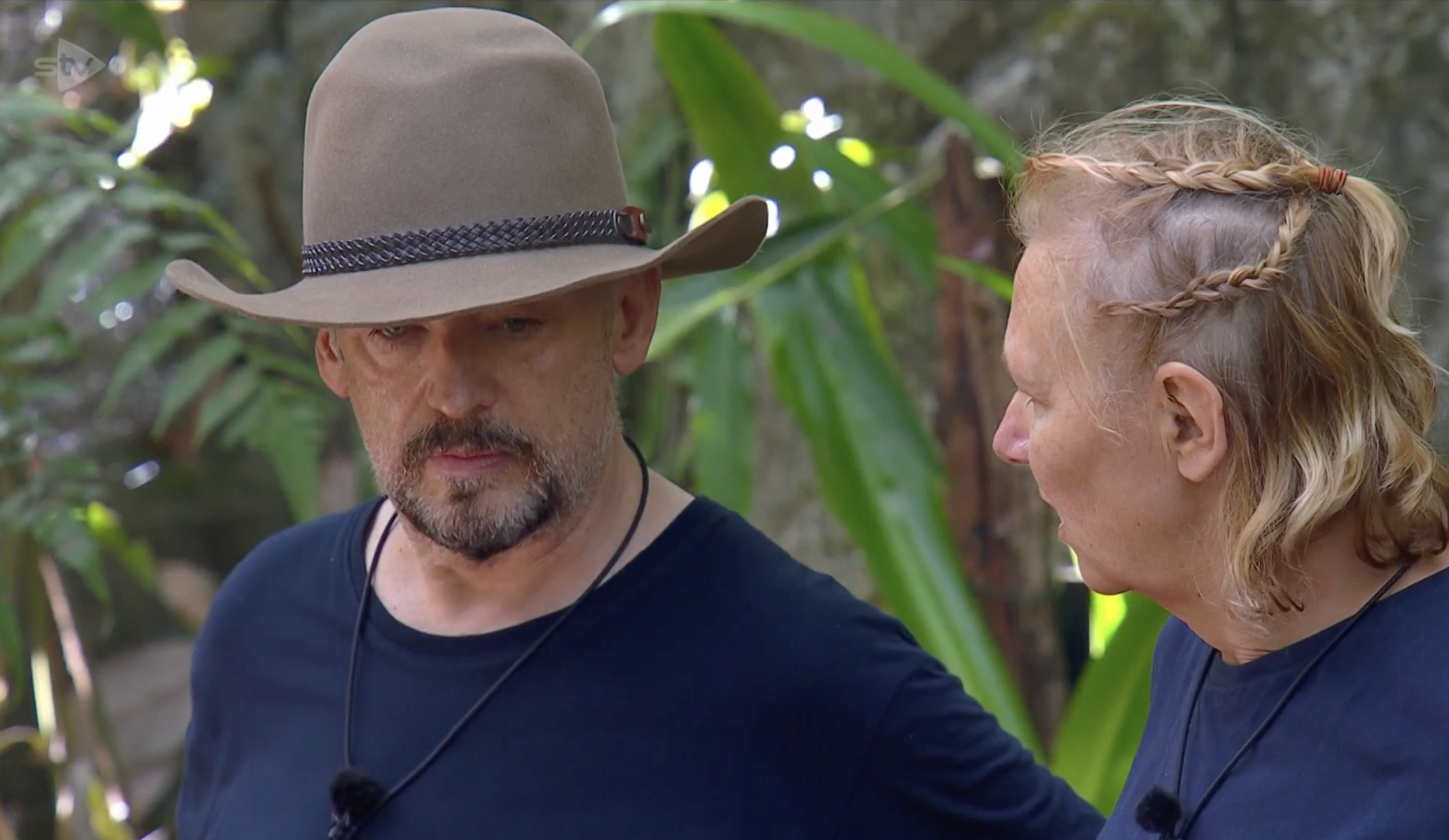 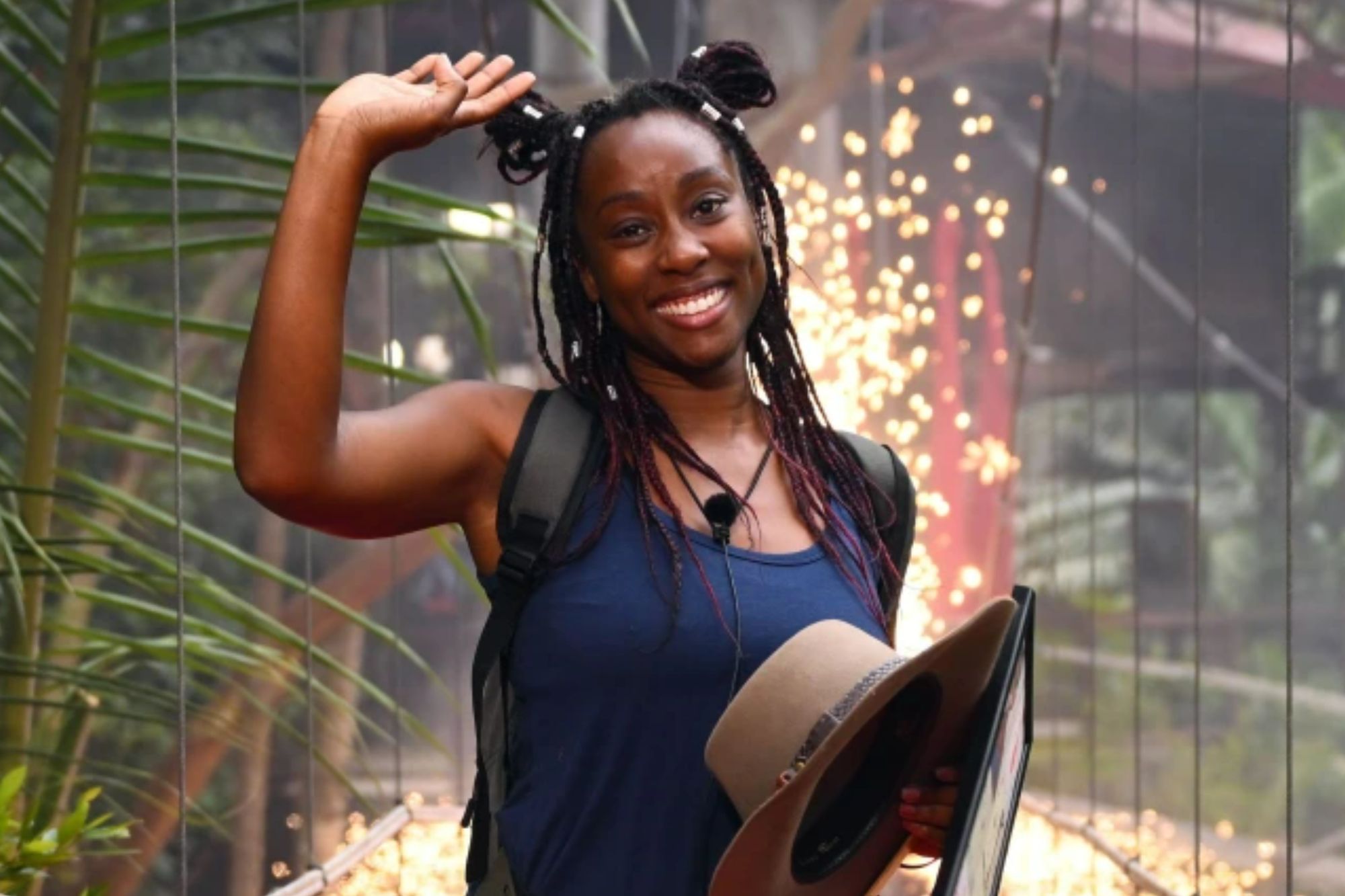 Instead of his colourful make-up, extravagant clothes and over-the-top accessories, George, real name George O'Dowd, is barefaced and dressed in black with a shaven head.

Vicki said: "He was wearing a devilish 666 T-shirt to make light of his prison ordeal."

The playwright said the day of his release on May 11 was "a time for celebration" so he hosted a big get-together at his house in Hampstead, North London, which is now listed for sale.

"George's 48th birthday was just around the corner and he invited me along with his friends and family," Vicki said.

"I stood buttering bread for the guests when he wandered over to me and asked: 'Why are you only buttering one side of the bread? We’re not in prison now'.

"He had a tag on his ankle as, even though he’d been released from prison on good behaviour, he still had to spend six months under house arrest.

"He was not allowed to be out of the confines of his house after his 7pm curfew."

Vicki said they danced in the kitchen and belted out Buddhist songs, as well as his own hit Bow Down Mister with Jesus Loves You, before decamping to the lounge.

"George stood right on the very borders of his living room, asking: ‘Am I alright to stand here? Will I get dragged back to prison if I put a toe over?'" she added.

Vicki, from St Albans, Hertfordshire, revealed how she became George’s number one fan after watching him perform Do You Really Want to Hurt Me on Top of the Pops in September 1982.

"I remember staring at the television screen mesmerised. I fell in love, or as much as you can be in love at six years old," she said.

When Karma Chameleon hit the charts a year later, Vicki met the songwriter at a shopping centre at a book signing.

They later crossed paths outside Red Bus recording studios – and the superfan began "following him everywhere".

She even sat in Snaresbrook Crown Court for every day of his trial, where she got talking to his brother Kevin.

George was wearing a devilish 666 T-shirt to make light of his prison ordeal.

"It was such a shock when George got jailed and Kevin had a meltdown. He put his head in his hands and fell to his knees," Vicki, who had started to find acting work, said.

"I felt so bad for him and the whole family. George was not only Kevin’s employer, but also his baby brother who he loved dearly.

"Like me, he was devastated, so I sent him a friend request on Facebook, which he accepted.

"We started to message and eventually he asked me on a date."

She said: "I remember using George’s downstairs toilet for the first time and thinking, 'This is unreal. I'm in my idol's home, sitting on his loo'."

During their relationship, which fizzled out after a year, Vicki wrote to George in prison "to support him through his darkest days" and sent him a book.

He sent a touching letter back, thanking her for her loyalty.

In his letter to Vicki McKellar, written from prison, Boy George said:

Dear Vicki. Bless you for your lovely letter and support during this surreal chapter.Thank you also for the book, which I shall add to my extensive library.

It’s a perfect gift because I am doing tons of reading, prison provides the perfect opportunity.

Please trust that I am in good spirits and looking forward to the future.

God bless you and lots of love to you and all those you love.

Vicki is now glued to the TV watching George take part in this year's I'm a Celeb.

He is the one of the highest paid star to ever sign up to the reality show, pocketing a staggering £800,000.

But the pop icon threatened to quit the ITV show in an explosive rant at crew after they refuse him a ride in a golf buggy.

He stormed off, stole an apple then hid behind trees so he could not be filmed.

George has already angered his campmates and viewers by "giving up" in trials, screaming at Loose Women anchor Charlene White, and "ruining" an emotional moment while letters from home were read out.

Tonight, he will take on a horrific trial alongside comedian Seann Walsh and royal and former rugby player Mike Tindall.

Vicki said: "It’s wonderful how George has turned his life around since those dark days in prison and I am so proud of him.

"Now I’m praying that George will win I’m A Celebrity 2022 and be crowned King – or Queen – of the Jungle."

Her play, The Marilyn Conspiracy, launches in London next year. 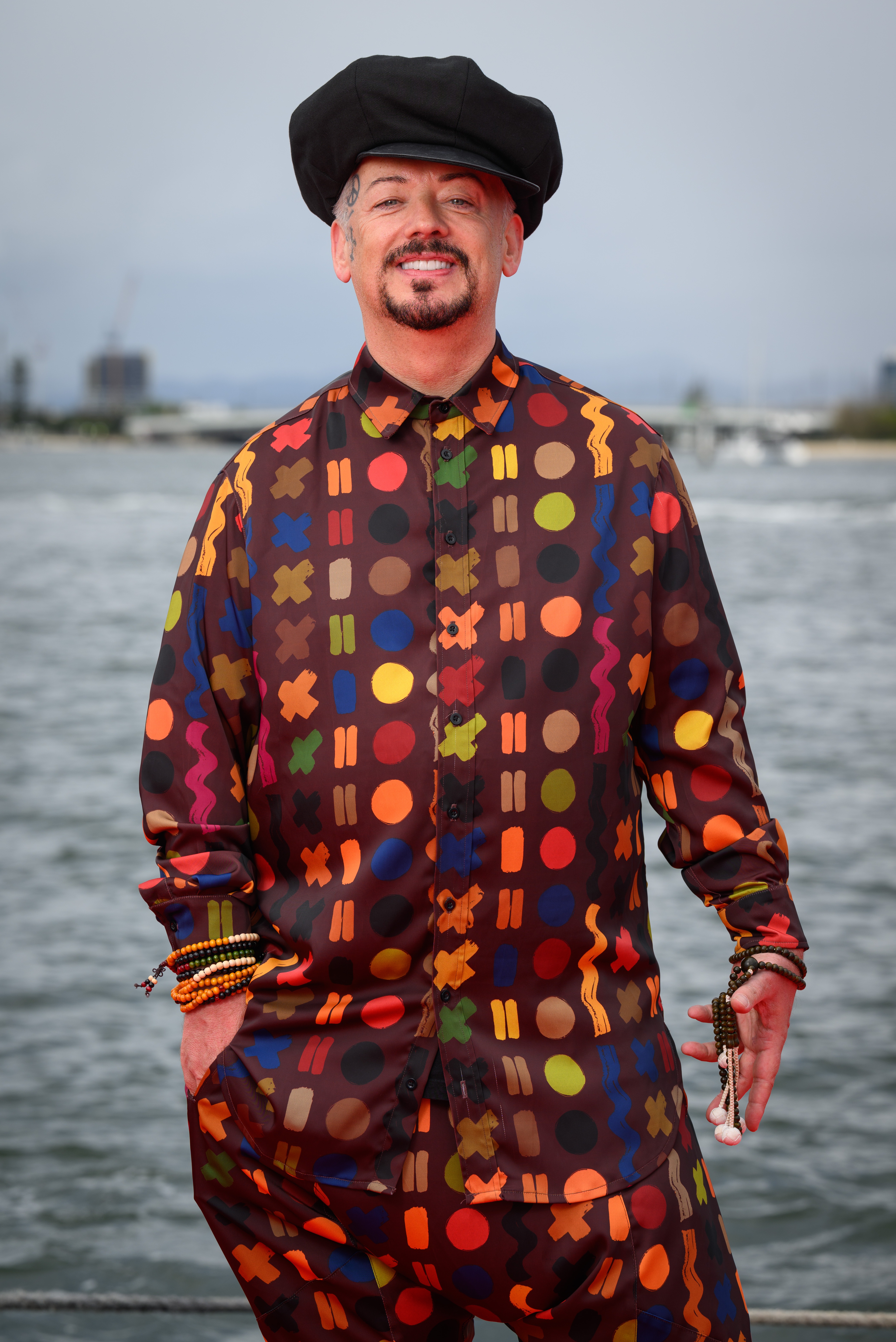 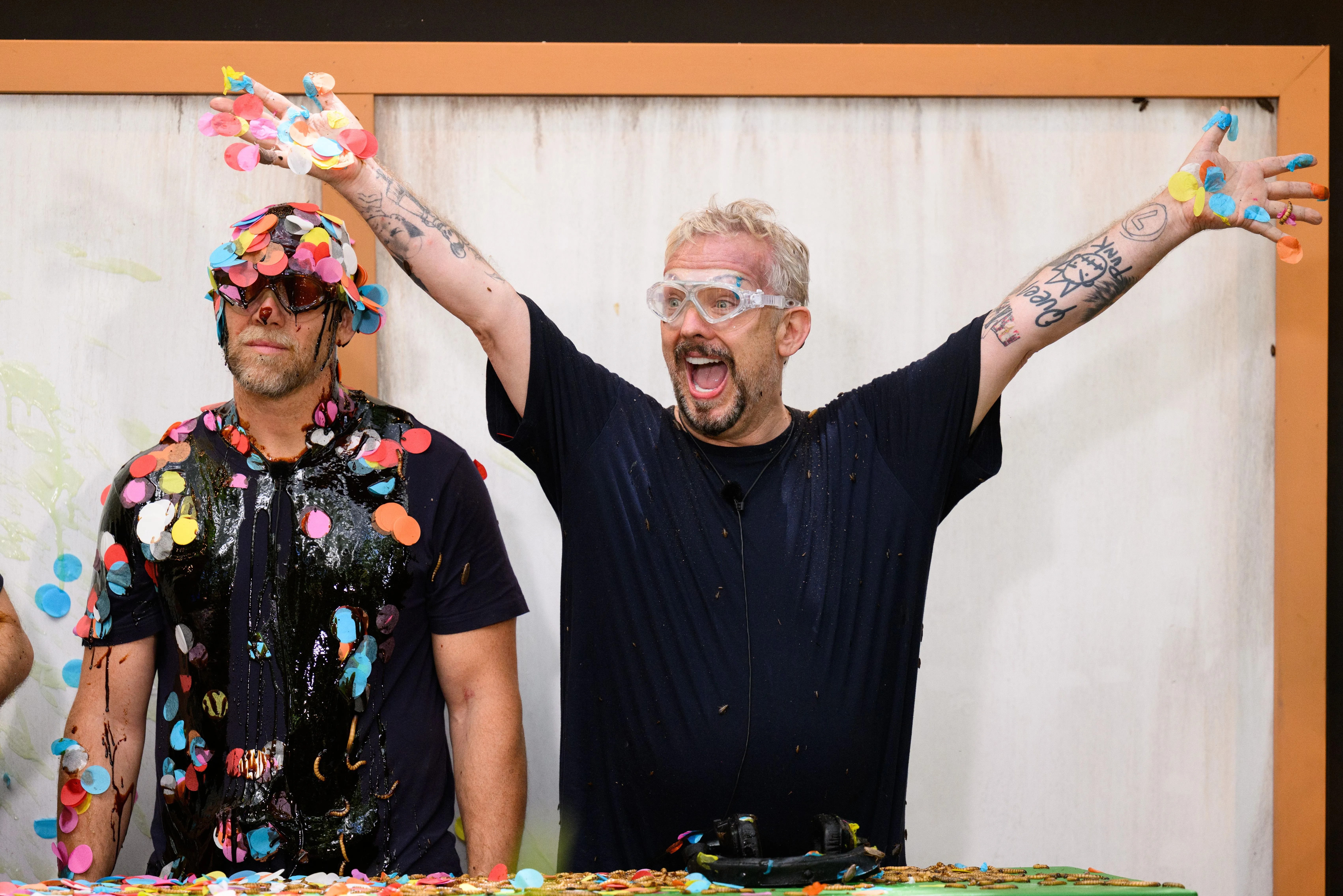 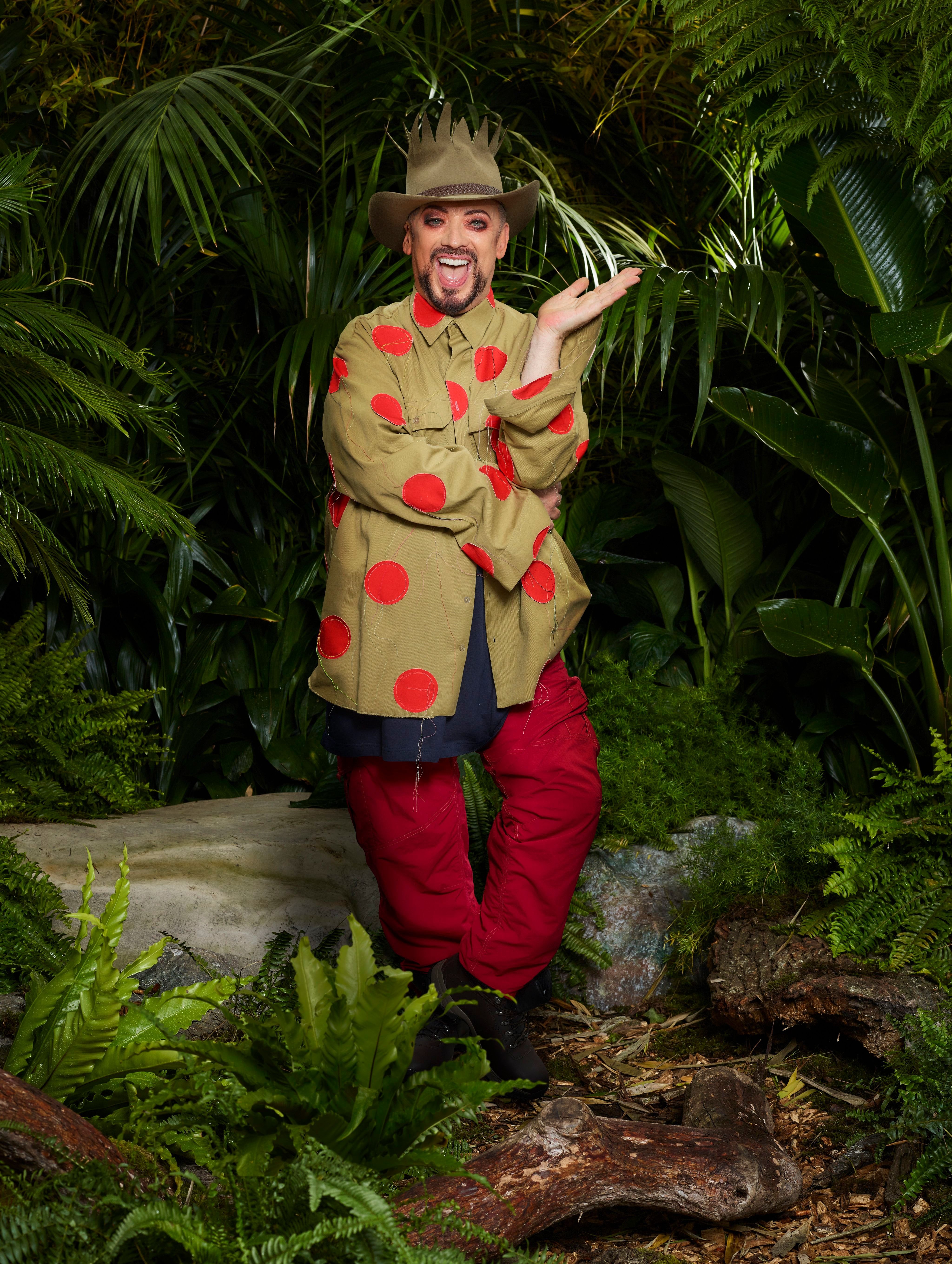