They are the ten stars led by Bodyguard’s Richard Madden and dubbed the new Brit Pack, and today The Sun on Sunday can reveal just how astonishingly interwoven their lives and loves are. 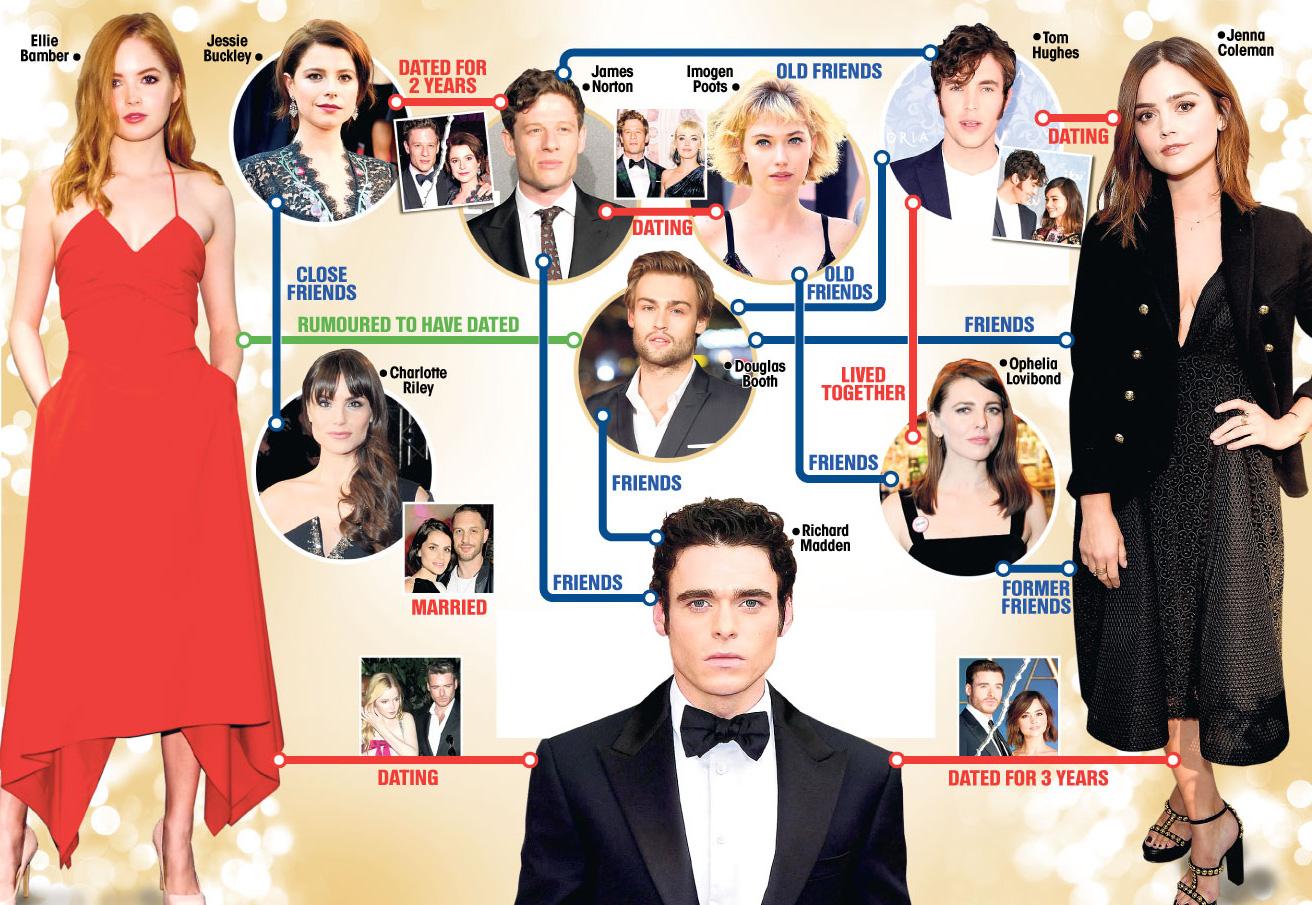 As well as often dating each other, they belong to the same clubs, went to the same drama schools or have been long-term friends for years — and most live within a few miles of each other in North London.

Most are also millionaires.

Jenna Coleman, who is currently starring in new BBC1 hit The Cry, is an example of just how tangled their relationships are.

She is dating Tom Hughes, who plays Prince Albert to her young queen in ITV’s Victoria.

But she used to date Bodyguard hunk Richard Madden, who lives less than a mile from the couple, in Primrose Hill, with his own new squeeze, up-and-coming Hollywood starlet Ellie Bamber.

This is our guide to the gang of ten, proving it is the ultimate luvvies’ love-in.

Glasgow-born Richard instantly became Britain’s most obsessed-over actor with his portrayal of Sgt David Budd in BBC1’s Bodyguard.
Formerly best known for playing Robb Stark in Game Of Thrones, he dated Victoria’s Jenna Coleman for three years until they split in 2015. 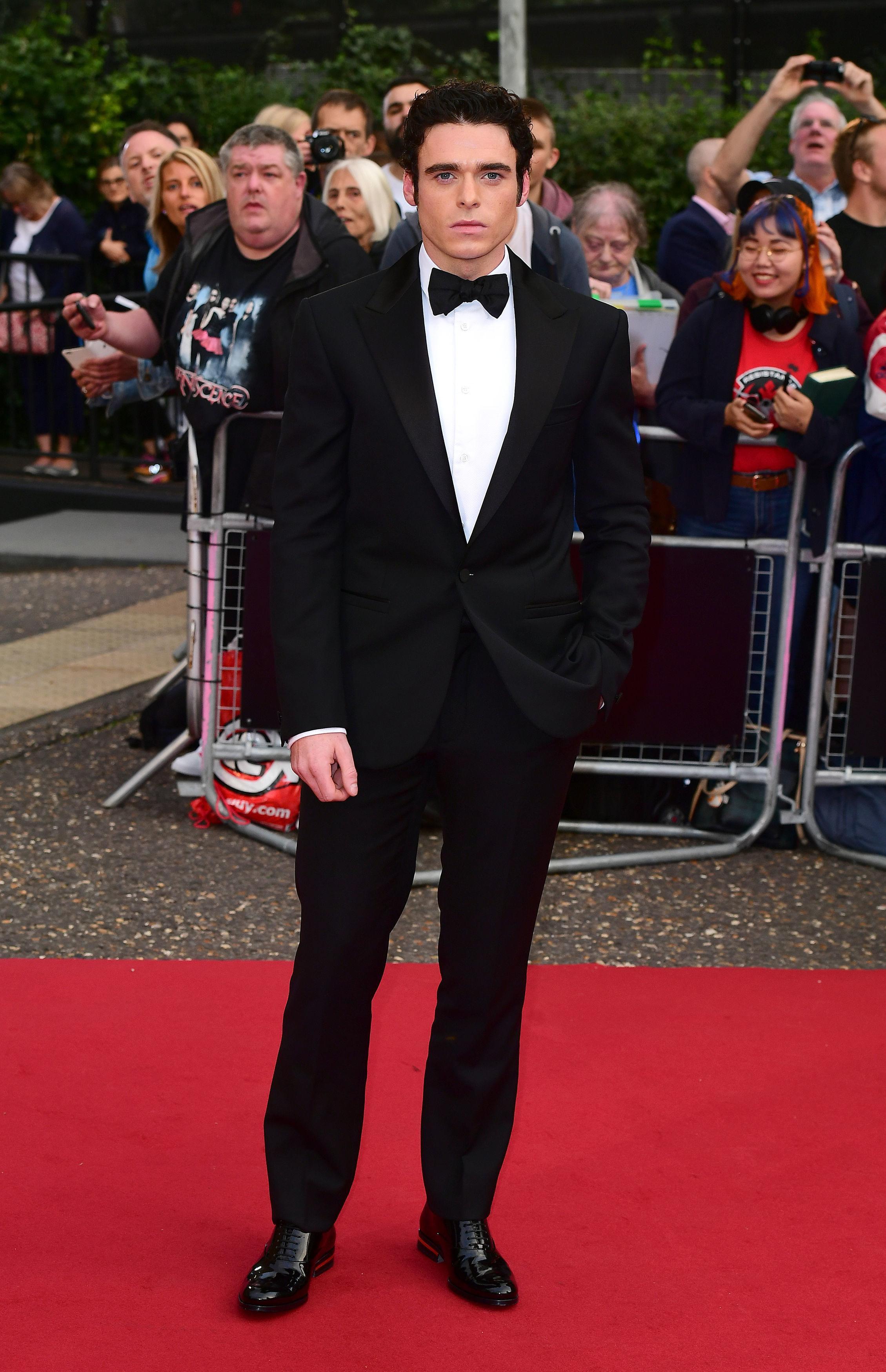 For the past 18 months the actor, worth an estimated £4.6million, has been living North London with Nocturnal Animals star girlfriend Ellie Bamber.
Slightly awkwardly, he lives less than a mile from Jenna and her new man Tom Hughes.
And like Tom, he is a member of private members club Soho House.
He is an old friend of McMafia actor James Norton, and the pair have been seen partying together at the Glastonbury and Wilderness festivals.
Richard Madden has been friends with James Norton after appearing in 2015 BBC dramatisation of Lady Chatterley’s Lover

Like beau Richard Madden, Ellie is a firm fixture on the festival circuit and also loves to party at London socialite hotspots Soho House, The Box and The Scotch of St James.
The Surrey-born actress, who has 183,000 Instagram followers, started her career on stage. But in 2016 she had her Hollywood breakthrough in Oscar-nominated movie Nocturnal Animals with Jake Gyllenhaal and Amy Adams. 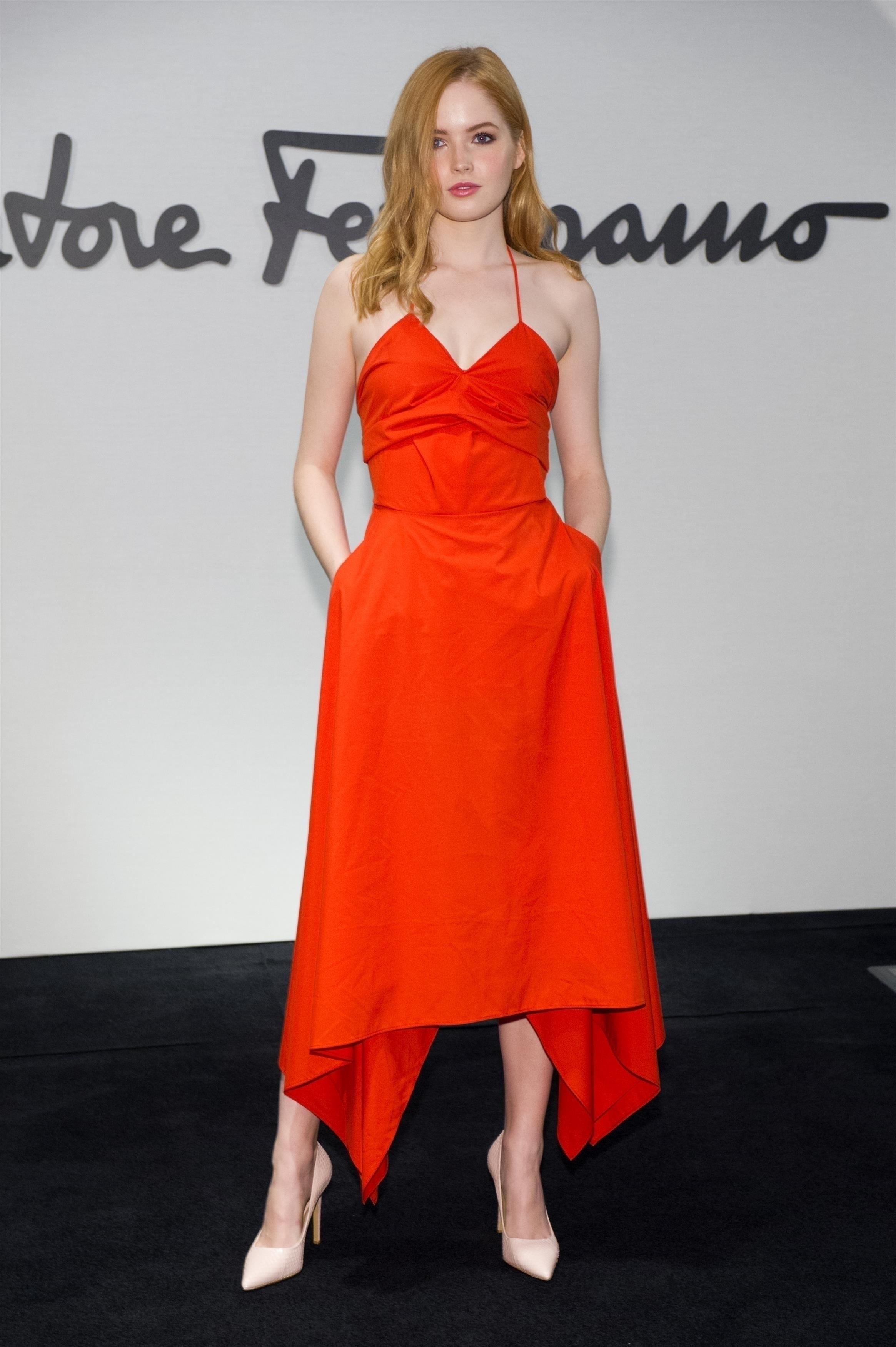 Jenna has shone in Doctor Who, Victoria and current BBC1 hit The Cry — and her private life is just as star-studded as her CV.
Worth an estimated £3.8million, the Blackpool-born actress now lives in a five-bedroom home in Kentish Town, North London, with boyfriend of two years Tom Hughes. 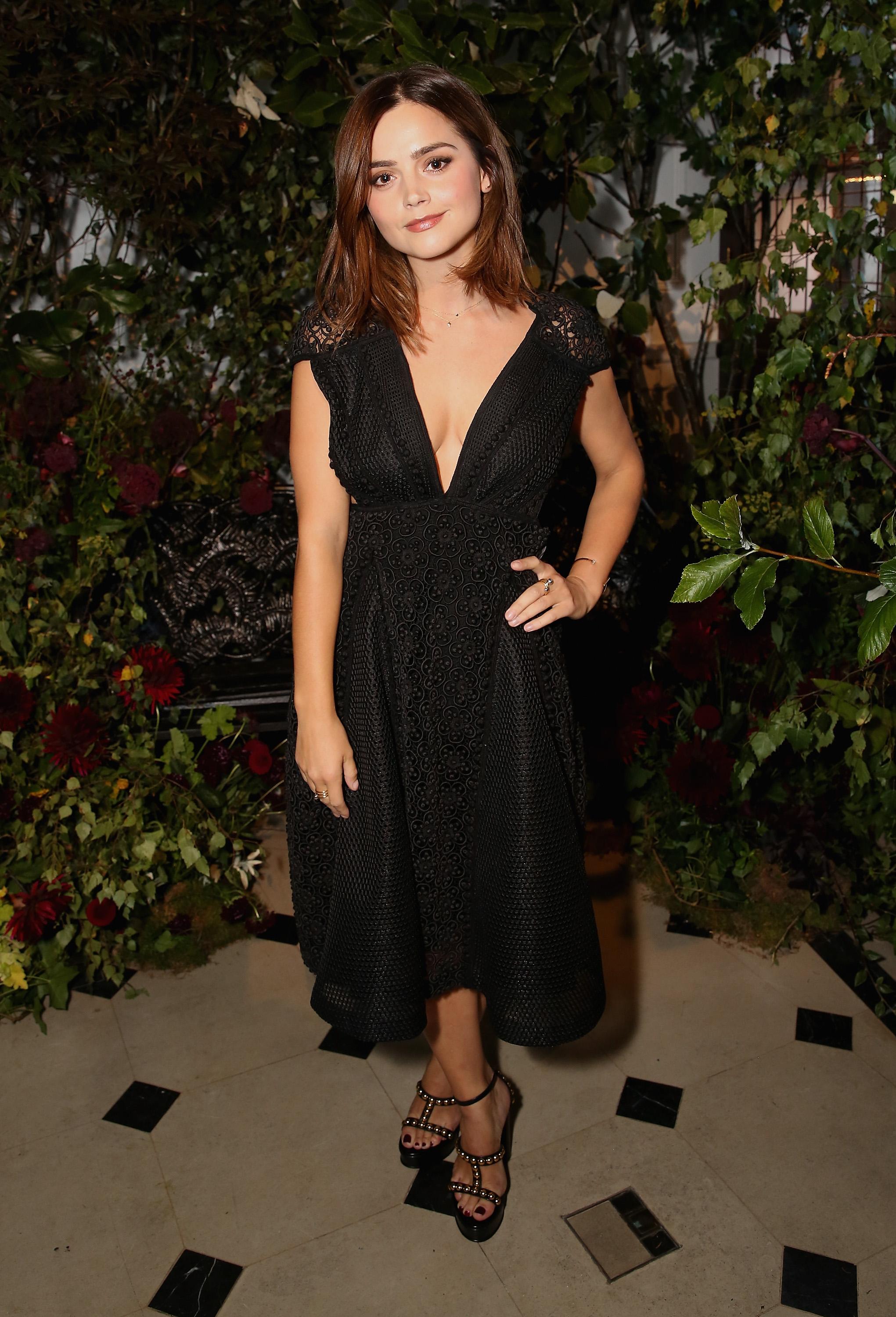 The pair fell for one another while playing lovestruck Victoria and Albert in the ITV series.
But they had first met on another series 2013 BBC2 drama series Dancing On The Edge. At the time Jenna was dating Richard Madden and Tom was living with W1A actress Ophelia Lovibond. She and Ophelia are now described as “former friends”.
A member of Soho House, a group of private members’ clubs in cities all over the world, Jenna is also close pals with Riot Club actor Douglas Booth.
She, Douglas and Tom went to Amsterdam last month for a two-day, booze-filled opening of the latest branch of the club.

Tom has been dubbed “the next Benedict Cumberbatch” since finding fame as the earnest but passionate Prince Albert — and he’s got just as many luvvie connections as the Sherlock star.
Prior to finding love with Jenna Coleman, Tom lived with actress Ophelia Lovibond in Hampstead, North London. 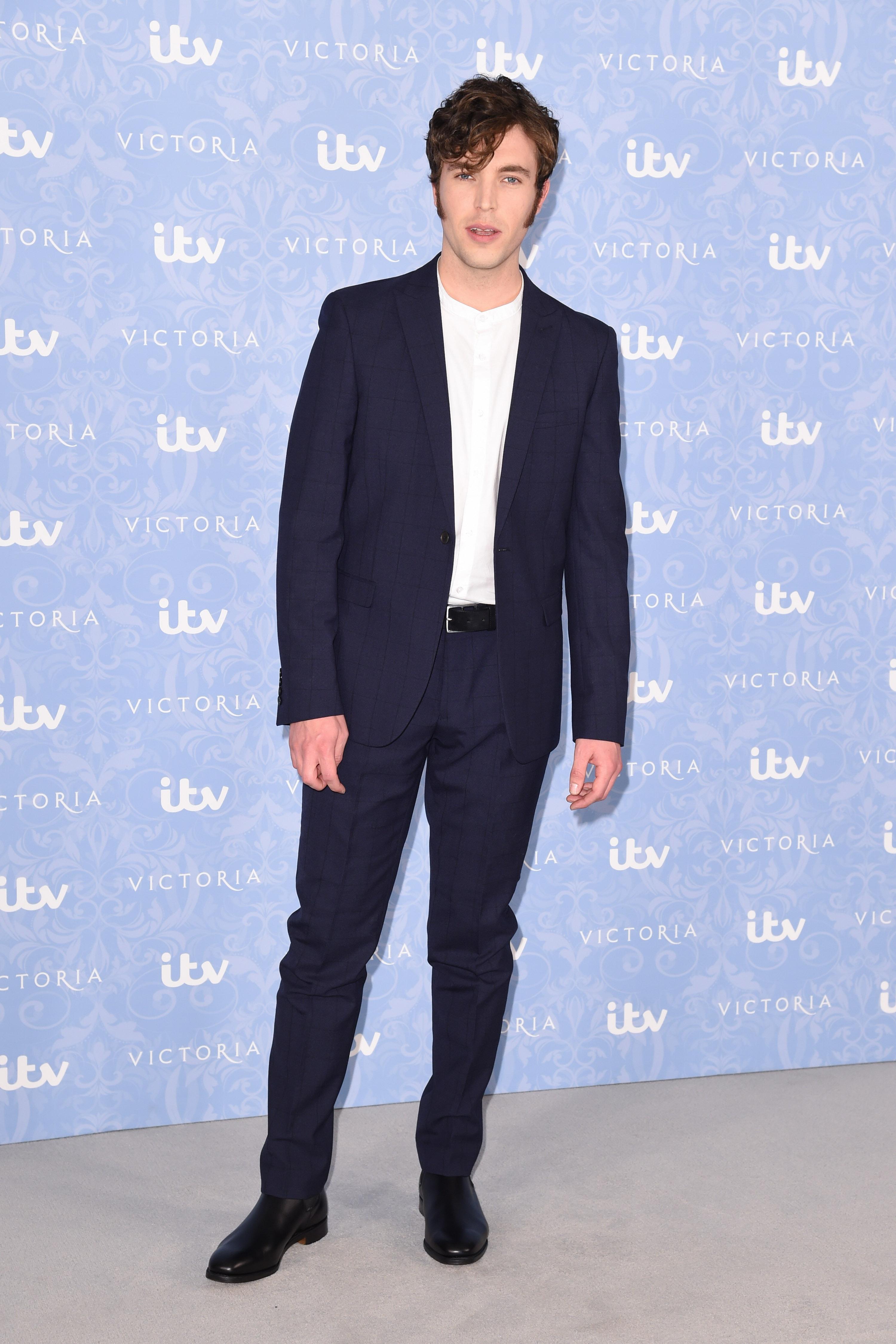 There they often hung out in trendy Japanese eatery Jin Kichi with fellow Brit Packers.
among the new Brit Pack set in North London, eating a popular Hampstead Japanese hang-out Jin Kichi.
He is believed to have dined there regularly with old friend James Norton — star of BBC drama McMafia. The had gotten to know each other while studying at the capital’s acclaimed Royal Academy of Dramatic Art (Rada). Tom is also very close friends with Douglas Booth.

Lives in Hornsey, north London — just north-west of Brit Pack hotspot Hampstead — and is best friends with Richard Madden’s ex, TV presenter Caroline Flack.
The W1A actress and Caroline are a permanent fixture on London’s party scene and are regularly photographed out on the town together and can often be seen at trendy Shoreditch House. 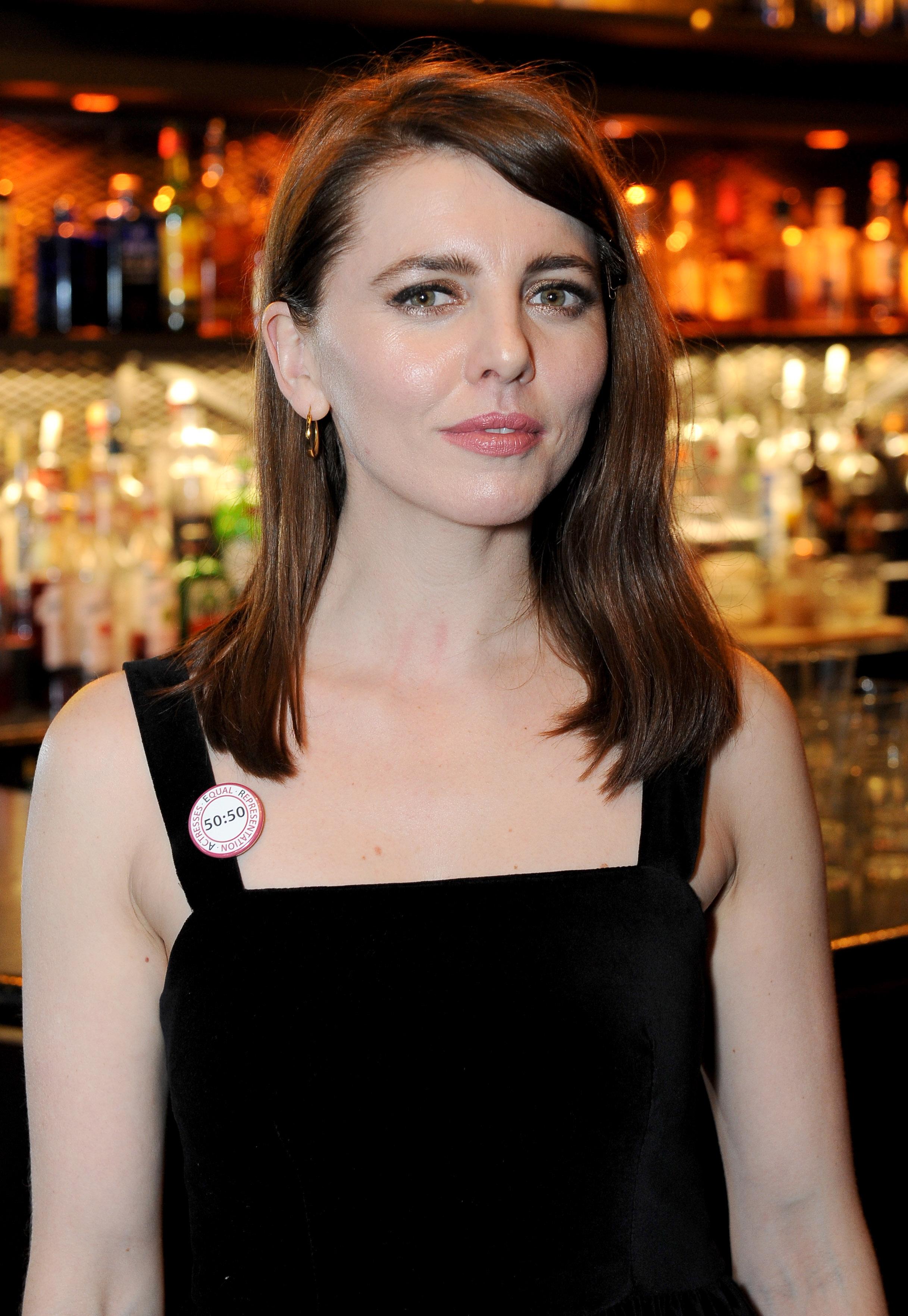 In 2011 Ophelia revealed she was dating Tom Hughes and told how the pair were living together in Hampstead. Tom subsequently moved on to her one-time friend Jenna Coleman.
Ophelia, who is worth an estimated £1.5million, landed her first role at the age of 12 in Channel 4 sitcom The Wilsons and has gone on to appear in Holby City, The Bill, Casualty and Heartbeat.
Another of her great pals is 28 Days Later star Imogen Poots, who she met when they appeared in 2010 film flop Chatroom together. Imogen dates James Norton.

Tipped to be the next James Bond after stealing the show in BBC1’s McMafia at the start of this year.
He is said to be worth £5million and is believed to have recently moved from South East London to the posher North.
James has dated actress Imogen Poots for 18 months, since shortly after he split from girlfriend of two years Jessie Buckley. She is also an actress, best known for BBC1’s War and Peace. 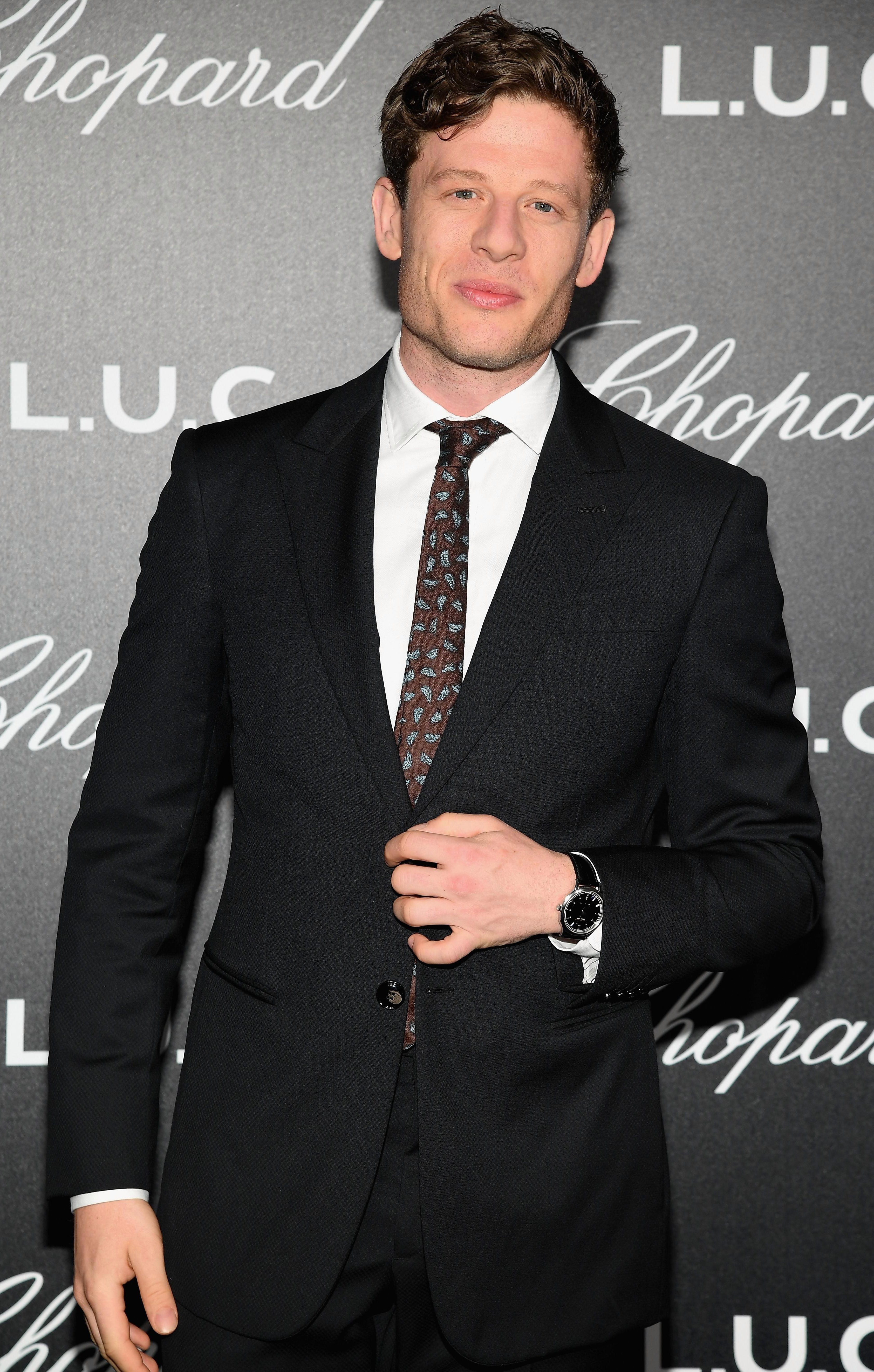 James loves to party and this year posted a selfie for his 79.5k Instagram followers while at the Wilderness Festival in Oxfordshire, where he partied with pal Douglas Booth.
Like long-time friend Tom Hughes, James attended Rada, but left in 2010 six months before he was due to graduate, in order to take an acting job

Irish Jessie starred alongside her then boyfriend James Norton on the set of the lavish six-part BBC1 dramatisation of Tolstoy’s War and Peace in 2016.
But after two years the pair called time on their romance and James soon after found love with Imogen Poots. 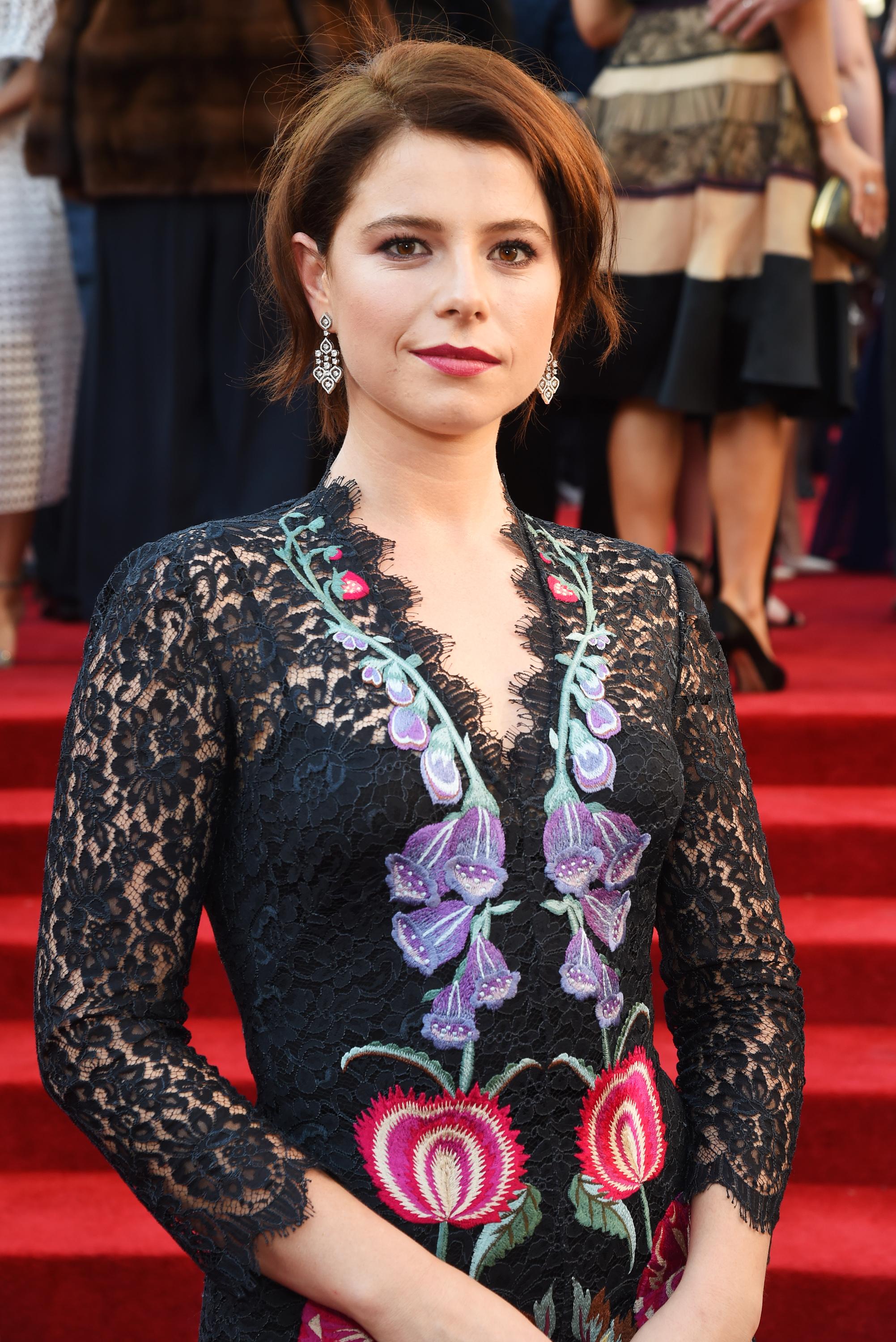 Jessie, who lives in North London, has refused to say whether James had left her for Imogen, but admitted their split had been “acrimonious”.
Redhead Jessie is also known for playing Tom Hardy’s love interest in BBC1’s 2017 series Taboo and this year received acclaim for her head role in Brit movie Beast. Since filming the show she reportedly grown close to Hardy’s actress wife Charlotte Riley.

Met Tom Hardy, 41, when she played Cathy to his Heathcliff in ITV’s 2009 production of Wuthering Heights.
They married in 2014 and have a son aged three.
Charlotte was raised in Teesside and studied at the London Academy of Music and Dramatic art. 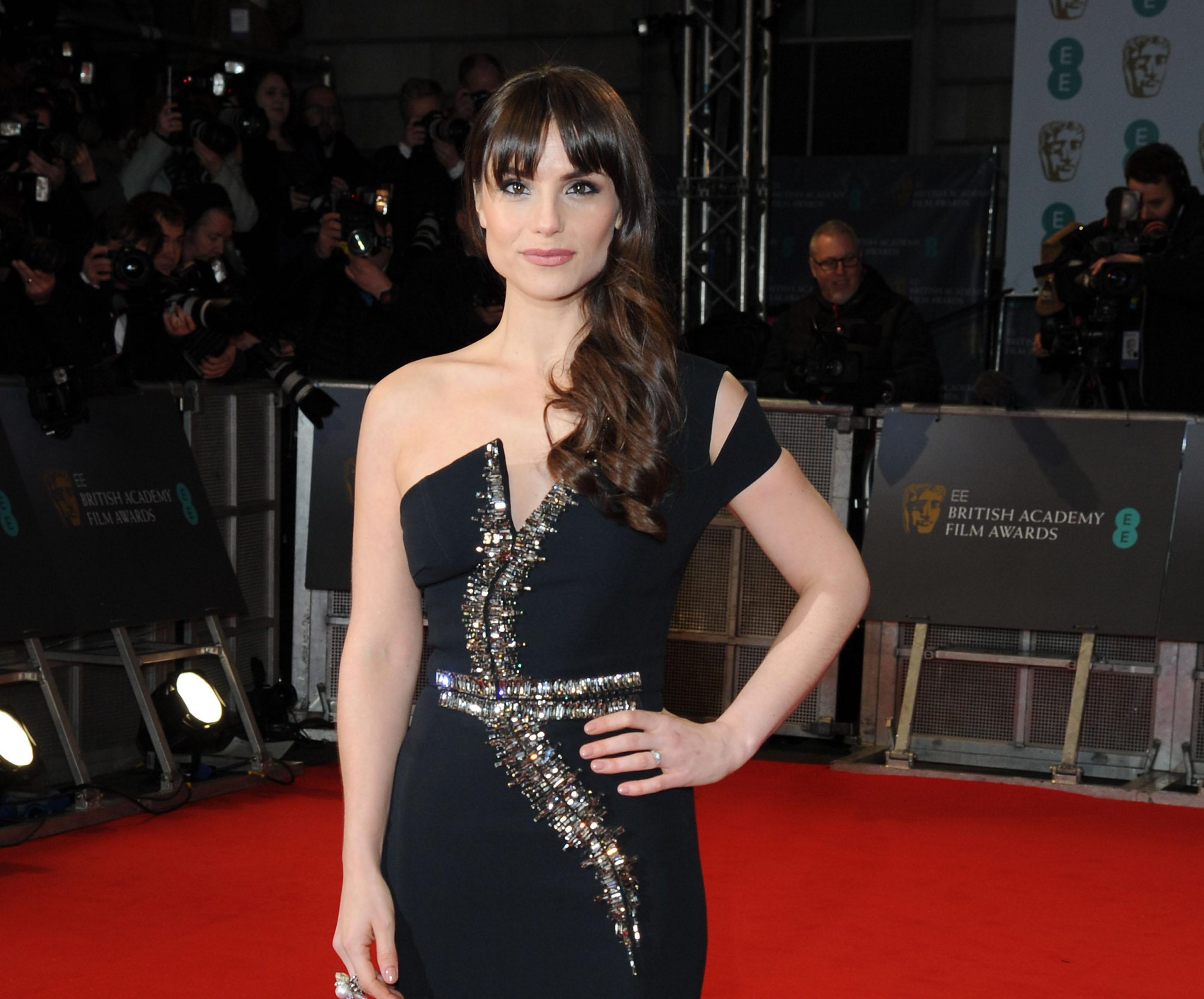 She landed her breakthrough role in the adaptation of Emily Bronte’s classic novel two years after she graduated.
Since then she has appeared in action thriller London Has Fallen, hit show Peaky Blinders and is currently in BBC1’s Press as news editor Holly Evans.
Fiercely private, the stunning actress does not have any public social media accounts.

You might not have heard of Imogen Poots, but you will have seen her.
The Londoner first appeared onscreen in Casualty and made her first film debut at the age of 17 in 28 Weeks Later, alongside Robert Carlyle and Rose Byrne. 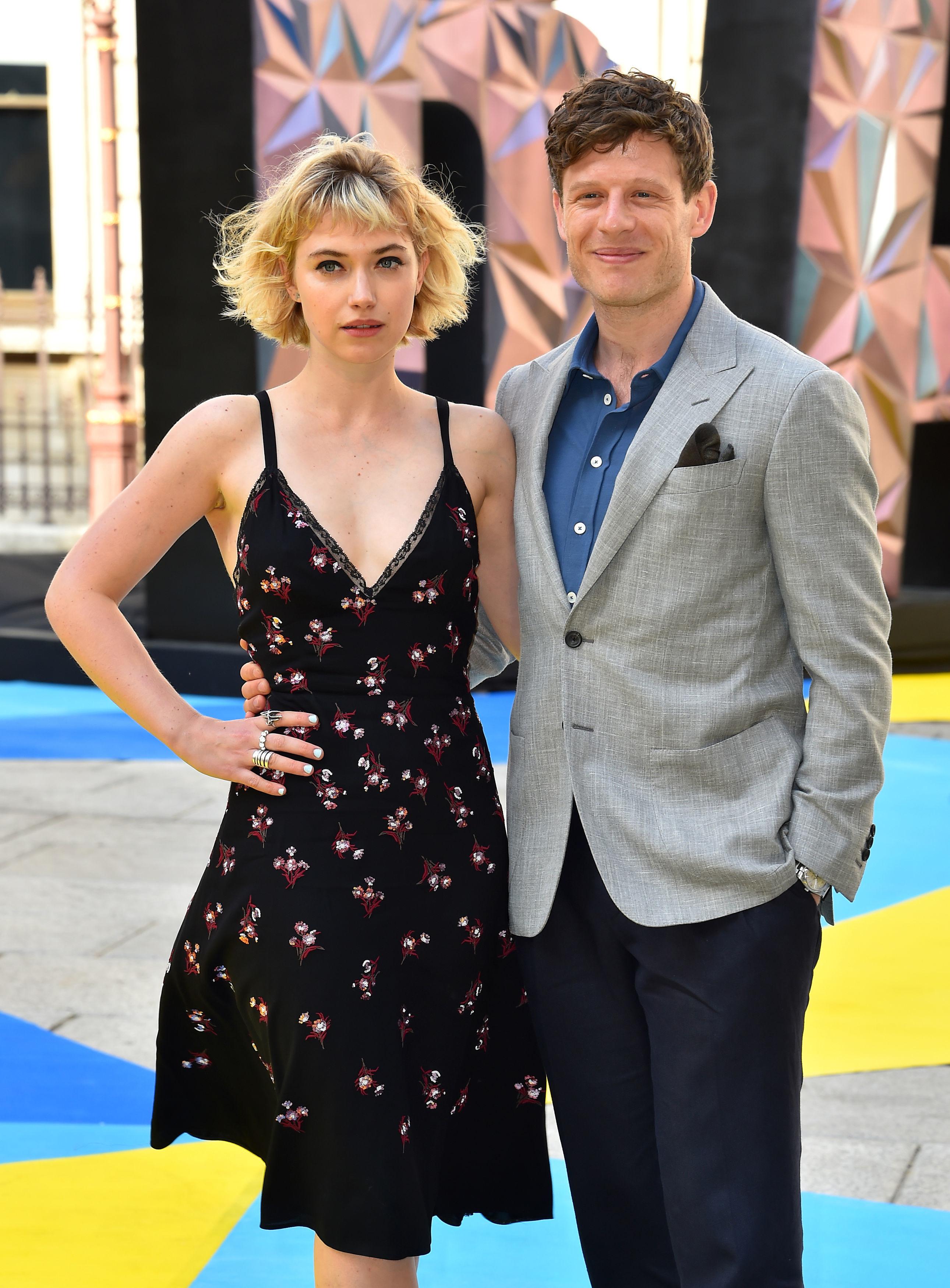 Since then she has also starred opposite Aaron Paul in 2014 movie Need For Speed and in Jimi Hendrix biopic Jimi: All Is by My Side.
She has been with boyfriend James Norton since last year, when they met playing the lead roles in the play Belleville at the Donmar Warehouse in London’s West End.
They are often seen at showbiz parties and partying at members’ club Soho House.
The pair live in North London close to Bodyguard star Richard Madden.

Handsome Douglas, is still best known for his performance as Pip in BBC1’s 2011 adaptation of Charles’ Dickens Great Expectations.
But away from the screen the actor, who was also in 2016 movie Riot Club, is just as well known for his luvvie connections. 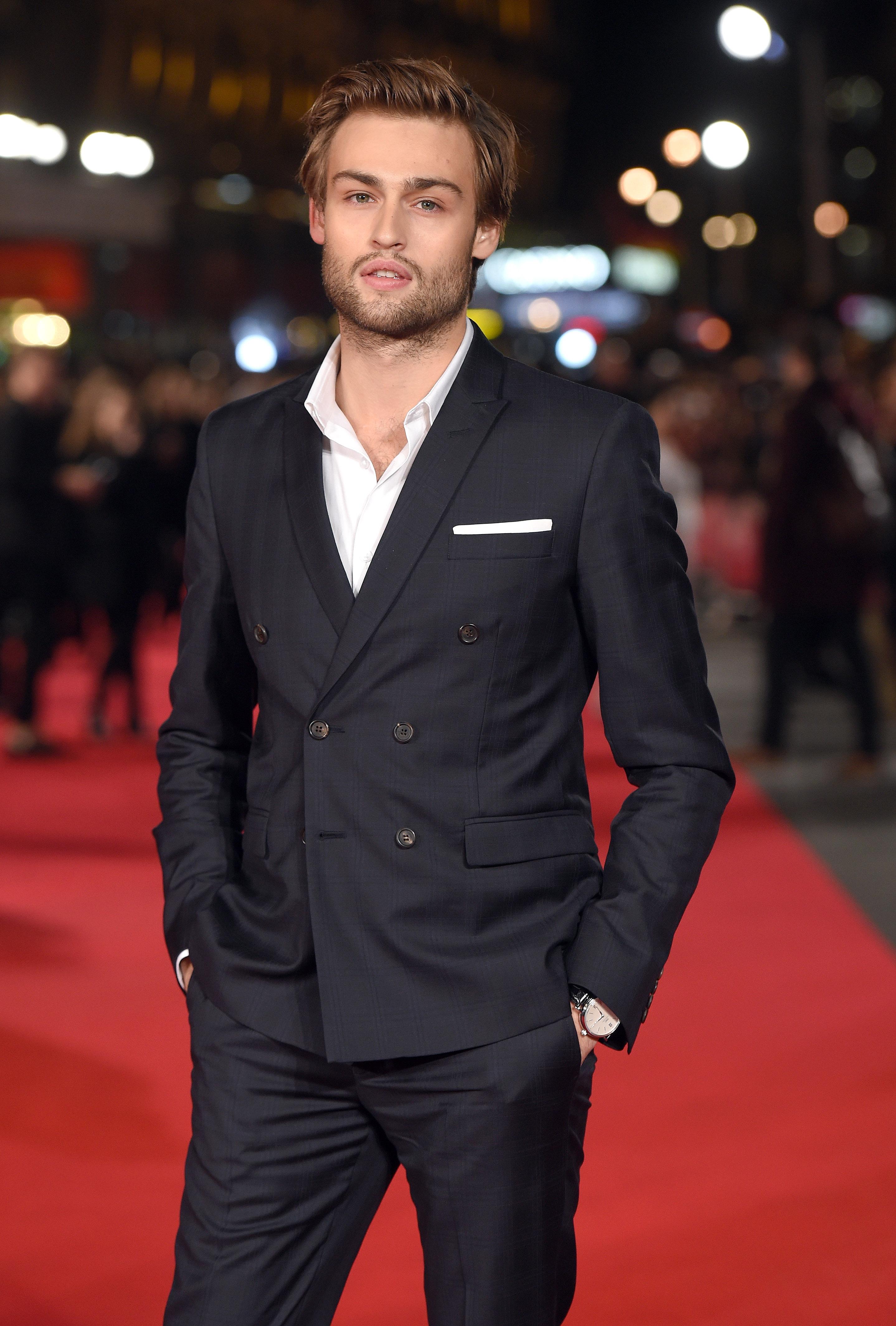 He partied in Amsterdam last month with friends and fellow actors Jenna Coleman and Tom Hughes.
Another long-term mate is Richard Madden and the pair party together at Soho House.
What is more, he is rumoured to have dated Richard’s now-girlfriend Ellie Bamber after meeting on the set of Bride and Prejudice and Zombies.
Raised in Greenwich, South East London, he lived it up for a time in North London but is now the only one of the set to have moved out. He’s now back south of the Thames.

You must have registered for VIP camping at the exclusive Wilderness festival in the last five years.

Previous post Where is Worthy Farm, who are Michael and Emily Eavis and where will Glastonbury Festival be held in 2019?