Warning: this article contains spoilers from the season 2 premiere of Black Lightning.

Black Lightning’s season two premiere brought in a massive twist as Jefferson Pierce (Cress Williams) revealed his alter-ego to one of his closest confidantes.

In last night’s (October 9) episode, Black Lightning’s identity was foiled by Inspector Henderson (Damon Gupton), leading to the superhero taking off his mask in front of him.

And it looks like this turn of events will have a profound impact on their relationship going forward, showrunner Salim Akil admitting that Henderson is “pissed”. 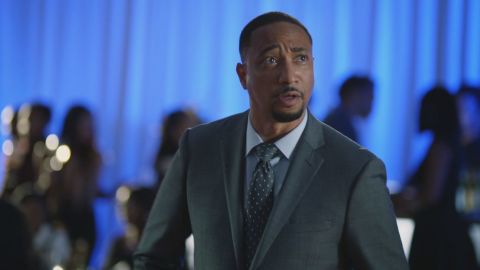 “You can imagine I wanted to deal with it from a real place,” he said at a recent screening (via Entertainment Weekly). “He’s trying to deal with it emotionally because he doesn’t know he feels about [it].

“Well, he did know how he felt about Black Lightning. In the first season, it’s kind of like, ‘I like you. [If] I don’t, I’ll shoot’. Now that it’s his friend, you know, he’s hurt, and I wanted to play those emotions. So, that’s what you’ll see — them trying to repair their relationship.”

Expanding further, Williams explained to IGN: “It’s gonna put a huge strain on their relationship that is gonna take time to work through because this doesn’t happen in a bubble where they can put a pause on all the other things that are going on and say ‘let’s sit down and talk’. 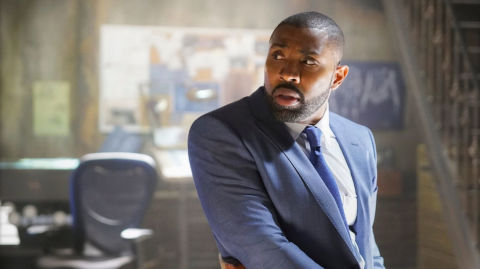 “All the other things are going on for Jefferson with the school, with his family, with crime-fighting in general; with Henderson there’s all the things going on with Freeland and his new job, and so it’s gonna take a long time for that to work through.

“They work together in a professional capacity, but it’s gonna take a while before they know, do they even have a friendship? It’s hard to say at this point.”

Black Lightning airs on The CW in the US. New episodes will be available on Netflix UK from October 16.