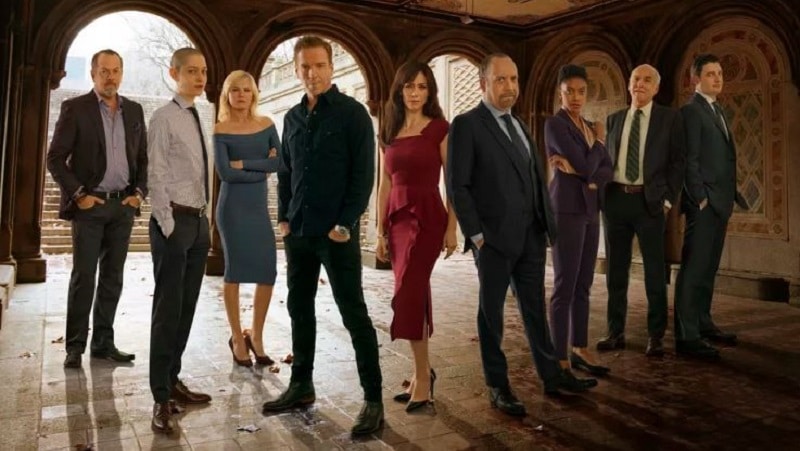 Billions, Showtime’s popular drama series is returning for a fourth season in 2019. Showtime confirmed it was renewing Billions for Season 4 back on April 26, a few months before Season 3 wrapped up on June 10.

The announcement by Showtime that Billions was returning for Season 4 did not come as surprise, following the show’s impressive Season 3 ratings. The Season 3 debut (March 25) was the highest-rated debut ever, up by 30 percent in the key 18-49 demographic, and about 23 percent in total viewers compared with the Season 2 premiere.

Billions has increased in popularity and gained a considerable following since it first premiered on Showtime in January 2016. Interest in the series increased most dramatically during its third season after a lukewarm response to the first season. The increased interest in Billions has been credited to the improvement in the storyline with its byzantine intrigue and mind-bending plot twists.

“Billions continues to build its audience as it explores the heights of power and (2) wealth even as it plumbs the depths of the human psyche,” said Gary Levine, Showtime’s President of Programming. “Brian and David are gifted, propulsive storytellers and we can’t wait to see where they and their extraordinary cast will take us in Season 4.”

With fans eagerly looking forward to the return of show stars Paul Giamatti and Damian Lewis to their TV screens, we bring you everything we know so far about the highly-anticipated Season 4 of Showtime’s smash-hit drama series, Billions. 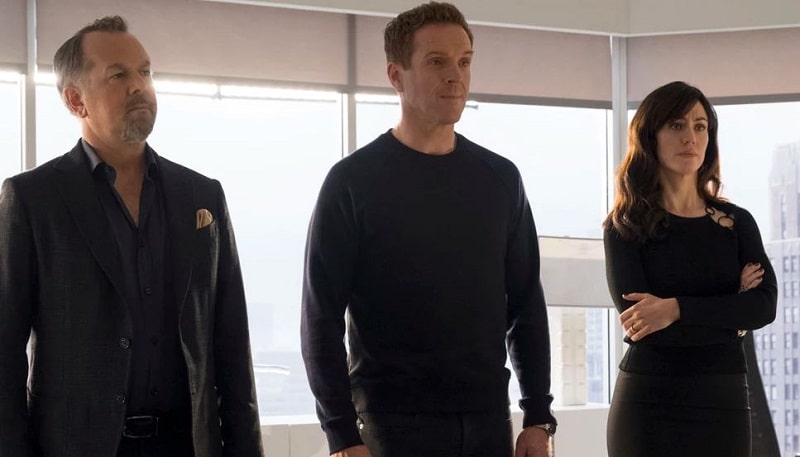 Showtime has not yet announced an official premiere date for Billions Season 4. This has led to speculation among fans, with some looking at the pattern of the show’s previous premiere dates under the premise that it could give a clue about the air date for the upcoming season debut.

Season 1 of Billions premiered on January 17, 2016, and ended on April 10, 2016. Season 2 premiered on February 19, 2017, and ended on May 7, 2017, while Season 3, which premiered on March 25, 2018, ended on June 10. Based on the observation that the previous schedule of premiere dates appear to have followed a consistent trend from January (Season 1) and February (Season 2) to March (Season 3), fans guessed that if Showtime decides to stick to the pattern established so far, Season 4 should premiere in April 2018.

However, this is only conjecture by eager fans. Showtime has not confirmed or dropped any hint about the air date for the first episode of the upcoming Billions Season 4.

We will update fans on Billions Season 4 premiere date when Showtime makes an official announcement.

Meanwhile, If you haven’t been watching the Billions series, you can watch the first three seasons on your phone, computer or tablet after downloading the Showtime Anytime app on iTunes, Amazon or Google Play. You can also stream through your Prime Video and Hulu accounts. Episodes are also available for rent on Amazon Prime.

Showtime is yet to release an official teaser or trailer for Billions Seasons 4. The video that Showtime released on June 10 (see below) to announce the return of Billions for Season 4 was only a mashup of scenes from Season 3.

Below is Showtime’s official trailer for Billions Season 3.

We will update fans when Showtime releases the official trailer for Billions Season 4.

Billions Season 4 Cast: Who is Returning?

Showtime recently confirmed that Kelly AuCoin, who has played the recurring role of “Dollar” Bill Stearn since Billions Season 1, has been promoted to a series regular.

Spitzer served as Attorney General of New York (1999-2006) before he was elected as 54th Governor of New York (January 2007- March 2008). He was forced to resign after the New York Times reported that he had patronized a VIP escort service for several years.

Toby Leonard Moore returns as Bryan Connerty, the Chief of Securities and Commodities Fraud Task Force for the Southern District of New York, who collaborates with Rhoades.

Others main cast members include Kelly AuCoin, who has portrayed “Dollar” Bill Stearn since Season 1 of Billions.

Deadline reported in August 2018 that AuCoin’s character, Dollar Bill, has been promoted to a series regular, so fans will be seeing more of him in Billions Season 4.

Dollar Bill played a recurring role in the first three seasons of Billions, as a loyal trader employee and close companion of Bobby Axelrod at Axe Capital. The role he will play as a regular member of the cast in Billions Season 4 is yet to be teased.

Billions made history in Season 2 when it introduced the first gender non-binary regular character on a major TV series. The Billions character Taylor Mason is played by actor Asia Kate Dillon, a gender non-conforming actor. 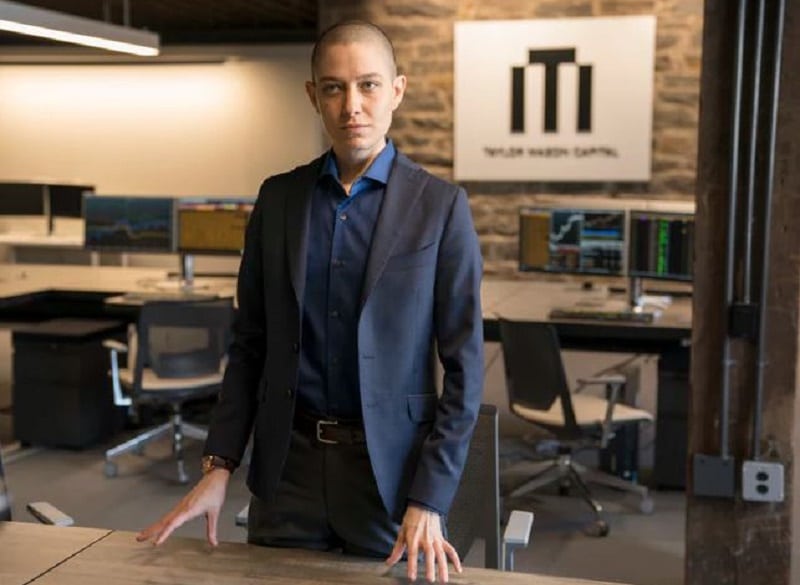 “We knew from the first scenes that they played … that they just fit into this show and this world,” Koppelman said. “From the conception, Taylor was an incredibly important character. It’s been rewarding to see the way people have responded. It’s been inspiring to us to see how welcome Asia and Taylor have been by a really diverse group of people.”

Details about the plot of the upcoming Billions Season 4 remain scanty. But overall, the Billions’ storyline and plot is loosely based on real-life events that transpired during the tenure of Preet Bharara as the U.S. Attorney for the Southern District of New York.

Billions Season 1 was based largely on Bharara’s legal battles with the hedge fund manager Steven Cohen of S.A.C. Capital Advisors, who was accused of inside trading.

Billions Season 2 was loosely based on the 1991 case involving the Salomon Brothers, who were accused of manipulating the Treasury bond market. The case involved CEO John Gutfreund and Paul Mozer, a bond trader.

Billions Season 1 focused on Rhoade’s efforts, as the fictional U.S. Attorney for the Southern District of New York, to take down the hedge fund manager Bobby Axelrod, played by Damian Lewis. The ego-driven clash between Bobby and Chuck was complicated by the fact that Chuck’s wife, Wendy, played by Maggie Siff, worked for Axelrod’s hedge fund firm as an in-house performance coach.

Billions Season 1 storyline was widely criticized as being too superficial in its portrayal of the high stakes business and financial intrigues of Manhattan’s moneyed elite. Similarly, the effort to portray the lifestyle of the rich and powerful was criticized as often devolving into a parody of reality.

But the storyline and plot underwent some changes during the second season when the writers widened the scope by shifting focus from the conflict between Chuck and Bobby, and several new cast members were introduced. Billions Season 2 also attempted to grapple with the wider problem of  corruption in the financial system and the challenges of cleaning up the system.

Overall, Season 3 tried to portray the potential destructive effects of unchecked capitalism. But in the end, Chuck and Bobby found themselves confronting new threats from newly rising foes.

Chuck was undone by his feud with the U.S. Attorney General Waylon “Jock” Jeffcoat. He ended up being unceremoniously escorted out of office by his former colleagues, Kate Sacker, Bryan Connerty, and Oliver Drake. Now out of office, he refocuses his attention on fighting Jock and his former co-workers.

Bobby also had Taylor as a new foe to contend with. In the Billions Season 3 finale, Taylor tries to recruit Wendy who insists on her loyalty to Axe.

Taylor, played by Dillon, emerged as a force in Season 3, and it has been suggested that the introduction of a non-binary character might have helped to focus the show on the larger theme of the socially disruptive impact of “toxic masculinity.”

Dillon’s role ostensibly serves as a counterpoise to the gender extremes, with the males engaging in ruthless and self-destructive competitive behavior, while the females struggle to cope with the ensuing mayhem. Then along comes a non-binary character who rejects the rigid categorizing of their gender identity.

Bobby redeems his reputation when he refuses Russian oligarch Grigor Andolov’s offer to murder Taylor. Andolov decides to pull is investments from Axe and move it Taylor’s fund.

“How can I keep my money with a man who won’t kill for it?” Andolov queries.

The new challenges force Chuck and Bobby to become allies and Season 4 will likely explore the alliance between both men as they fight to restore their fortunes.

Previous post How to get Glastonbury tickets: tips and tricks to give you the best chance of scoring festival access

Next post Who is Kevin Clifton? Strictly pro divorcing wife Karen and partnered with Stacey Dooley