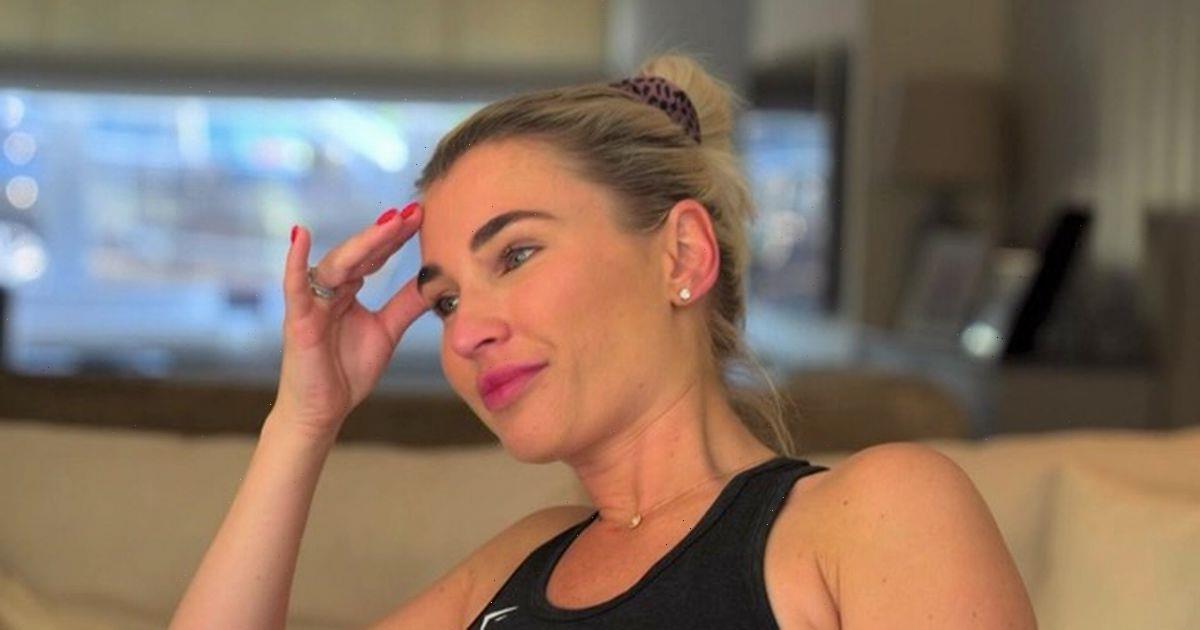 Billie Faiers and Greg Shepherd admitted that they walk on "egg shells" around son Arthur as he threw an epic tantrum on Wednesday's first episode of Billie & Greg: The Family Diaries.

The duo asked their two children Nelly, seven, and Arthur, four, where they were going on their family holiday as he showed them both a world map.

Greg then asked the two youngsters what it was he was holding up, to which Arthur guessed: "A house, a house?"

While Nelly correctly guessed: "A world map," to which they praised her for the right answer.

Arthur then pushed Nelly while shouting at her: "No!" as Greg told him to "calm down".

Billie, who put her head in her hands, then commented: "This is not normal behaviour… he is just driving me insane."

As Arthur continued to shout at his family, Billie and Greg said in a VT: "Arthur's behaviour is… challenging, that's the best word to describe it at the moment.

"Sometimes you just think in the morning, he's got this certain attitude when he wakes up and it's literally like we're on egg shells. He's not a morning person, is he?"

She continued: "He's just literally out of control, he's an angry little man."

However, after Arthur calmed down upstairs, he soon came to apologise to his parents as they praised him for saying sorry.

It comes after Billie revealed she has felt "more pressure" without her sister Sam after she decided to quit their series The Mummy Diaries.

The 31 year old and her sister decided to go their separate ways when it comes to reality TV back in June this year, and Billie has since been filming her new show with husband Greg and their two children.

Billie & Greg: The Family Diaries continues on Wednesdays on ITVBe at 9pm.

Stay up to date with all the latest on Billie Faiers and her family by signing up to OK!'s daily celebrity newsletter.