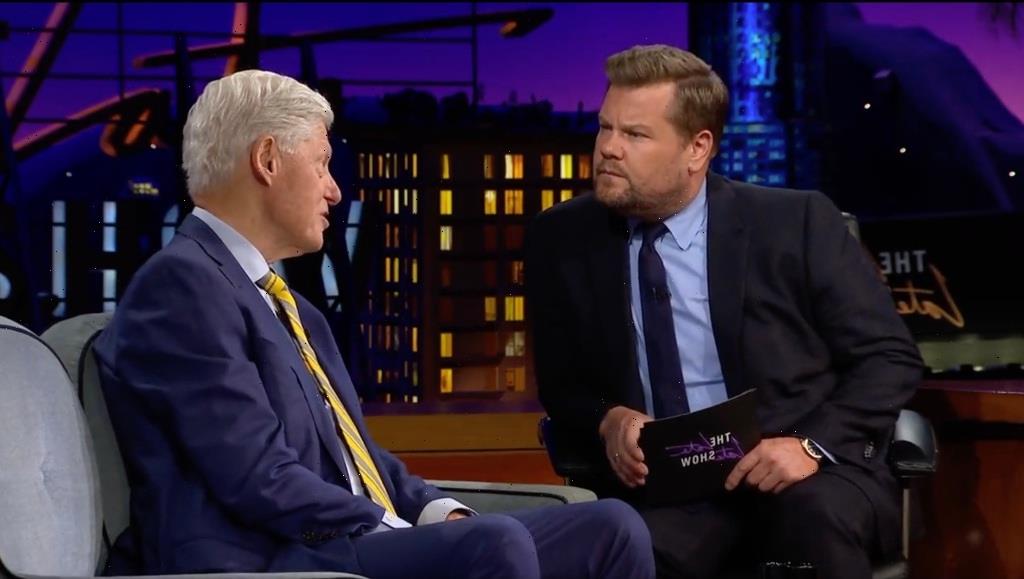 Former President Bill Clinton guested on The Late Late Show with James Corden early Thursday, in a wide ranging interview that touched on efforts at gun reform and plans to restart the Clinton Global Initiative.

But at one point, Corden asked Clinton what keeps him so optimistic. While Clinton cited children and grandchildren and their hopes for the future, he said that he also wasn’t too Pollyanna-ish about the state of democracy.

“I actually think there is a fair chance we could completely lose our constitutional democracy for a couple of decades if we make bad decisions,” Clinton said. “I am not naive about this. I have been in a lot of fights. I have lost some and won a bunch. I have been elated and heartbroken. But I have never before been as worried about the structure of our democratic form of government.”

He added that “so far, every time we were faced with our own undoing, our conscience kicked in and we stepped away from the brink. And that is kind of what I think will happen here but I don’t know when or how. Meanwhile, we should just be vigilant, stand up for what we believe in, and don’t return hatred with hatred.”

His comments come as the January 6th Committee holds public hearings, carried across broadcast and cable networks, that members say will show how Donald Trump and his allies plotted to carry out an effort to overturn the results of the 2020 presidential election, culminating in the attack on the Capitol.

Clinton also addressed the Senate compromise on new gun legislation, which includes grants for states to implement “red flag” laws and expanded background checks for those 18-21 to purchase weapons. But Corden said he doesn’t believe that the deal goes far enough.

“As someone who didn’t grow up here, I never will be able to get my head around it,” Corden told Clinton. “Why is it so hard for Americans to come to an agreement around this issue?”

Clinton replied, “While there was an overwhelming majority — there was when I was president — for sensible gun safety measures, the gun culture is sufficiently strong that there are more people against doing something than for it if it is a voting issue.”

His point was that while a segment of voters cast ballots for politicians based on their support for gun rights, that isn’t necessarily the case for those who favor gun reform.

“If you want this America, it has to be a voting issue for you,” Clinton said.

Clinton also noted that a lot of gun owners “are intensely suspicious of government, easy to spook and they don’t want to take a chance.”

Clinton signed the last major gun safety legislation, an assault weapons ban in 1994. But it came at a political cost. He told Corden that it was a “brutal fight” in Congress and the then-Speaker of the House, Tom Foley, told him that “I will lose if you pass this.” He did. The ban was allowed to expire in 2004.

Clinton said that the Senate deal doesn’t do enough but it was “not insignificant either.” He said that if every state adopted red flag laws and enforced them, “it would help.”

He also offered some advice for how to talk to those on the opposite side of the issue.

“If you want to do this, don’t be afraid to talk to people, and don’t talk down to them,” Clinton said. “Don’t assume that when you see someone like Mr. [Wayne] LaPierre [the CEO of the NRA] screaming on television that everybody who is on that side is like that … Instead of telling them that they are dumb if they don’t agree with you, ask for their help. We need to just talk to each other again.”

Clinton also talked about plans for the return of the Clinton Global Initiative.

Disney Delays Moving Thousands Of Jobs To Florida Until 2026