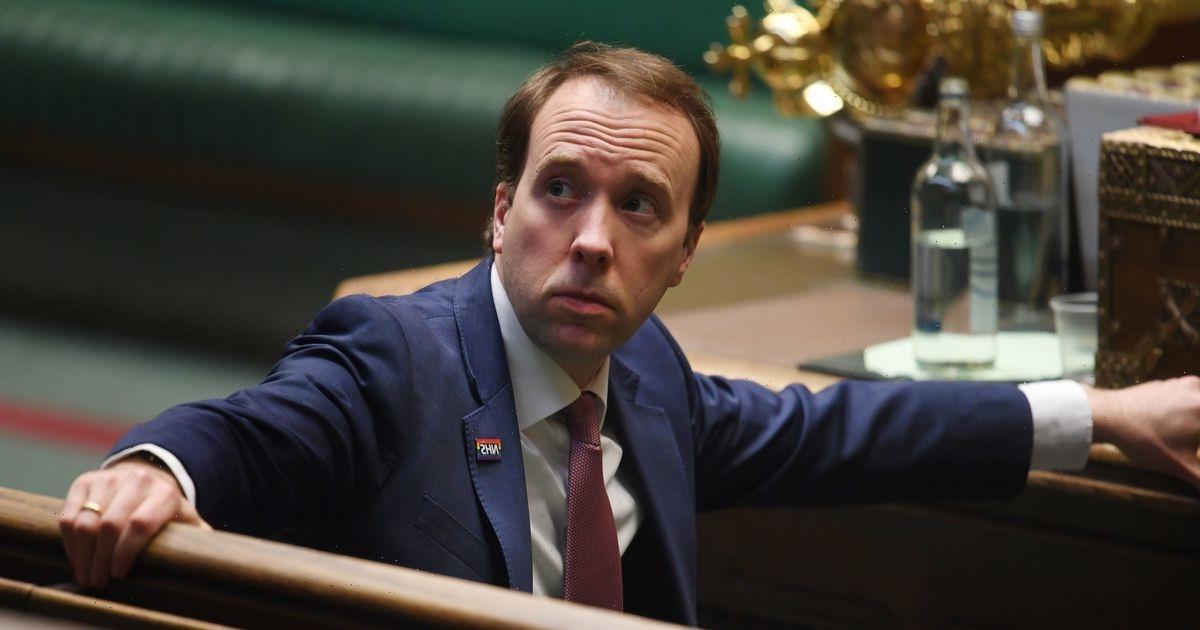 Former health secretary Matt Hancock shocked the UK when it was announced that the MP would abandon his West Suffolk constituents and head into the jungle for the current series of I'm a Celebrity… Get Me Out of Here!

Before heading into the celebrity camp, Matt defended his decision for taking up the £400,00 reality TV gig, explaining that he wanted to show his "human side".

He wrote for The Sun: "Some may think I’ve lost my marbles or had one too many drinks, swapping the comfortable surroundings of Westminster and West Suffolk for the extreme conditions of the Australian outback.

"While there will undoubtedly be those who think I shouldn’t go, I think it’s a great opportunity to talk directly to people who aren’t always interested in politics, even if they care very much about how our country’s run", he continued.

Members of the Tory party and Prime Minister have expressed their "disappointment" in Matt's new TV venture and the public are already planning to vote him into every Bushtucker trial.

Adding fuel to the fire, the Daily Star have compiled a list, reminding you of the biggest controversies Matt has faced.

Caught cheating on the Mrs

The father-of-three was caught red handed when CCTV images were released of the former MP canoodling with co-worker Gina Coladangelo.

Both were married to other people at the time of the footage being leaked.

As if the affair wasn't bad enough, the footage of the pair in the passionate embrace showed they had breached the social distancing guidelines that he'd put in place.

In an interview with Steven Bartlett on the Dairy of a CEO podcast earlier this year, Matt revealed he did what he did because he had fallen in love – but insisted he did not break the law.

"They weren’t actually rules, they weren’t the law. But that’s not the point. The point is they were the guidelines that I’d been proposing. That happened because I fell in love with somebody," he said.

In 2020 during the height of the Covid pandemic, Matt was forced to deny claims that he'd broken the Government's Covid drinking curfew after reportedly staying in the Commons bar to consume more alcohol after 10pm.

A senior Tory MP told The Mail on Sunday that he'd spotted Hancock in the Smoking Room bar until at least 10.25pm.

The newspaper also reported Mr Hancock arrived at the bar before a 9.40pm vote, ordered a glass of white wine and joked: "The drinks are on me – but Public Health England are in charge of the payment methodology so I will not be paying anything."

Striking again during the peak of the Covid crisis, Matt defended spending almost £50,000 on takeaways from one London restaurant.

The restaurant, Bong Bong’s Manila Kanteen, raked in a whopping £47,528 from the Department of Health according to a Freedom of Information (FOI) request.

Just nine orders costing £43,348 were placed at the eatery during April and another £4,179-worth of orders were placed in March.

In defence of the expenditure, Matt said: "It’s possibly the best value food you can get in terms of allowing people working so hard to tackle this virus."

During his work as Health Secretary, Matt Hancock claimed there was "never" a national shortage of personal protective equipment (PPE) in the early days of the pandemic, however, Labour quickly called him out for "insulting" health professionals with the claim.

Shadow health minister Rosena Allin-Khan revealed that "many frontline workers had to ration protective equipment, putting themselves at risk".

She continued: "Lots of it was inadequate and poorly fitting, and some NHS staff had to make gowns themselves from bin bags."

A report from the UK’s spending watchdog published in 2020 found that there were widespread shortages of PPE during the first wave of the pandemic.

After resigning from his position as health secretary following his passionate CCTV moment with Ms Coladangelo, Matt participated in somewhat of a comeback tour, which saw him attend the red carpet at Capital FM's Jingle Bell Ball.

He paired the unusual-for-him outfit with a trendy pair of New Balance trainers.

Matt clearly enjoyed the media attention at the Jingle Bell Ball as it was reported that he'd signed up to make a TV appearance in Channel 4's gruelling survival show Celebrity SAS: Who Dares Wins.

In the show celebrities are subject to extreme trials that push them to the extent of their physical and mental capabilities.

In September a source told The Sun: "It is not unusual for MPs to take part in these kinds of shows and Matt thinks he could go far on SAS, despite it being the hardest of all the reality series on television."

Although his appearance on the show, due next year, has been widely reported, Channel 4 have yet to officially confirm the former MP will be on the show.

As the cherry on top, Matt enraged his Tory co-workers, his constituents, celebrities and the Great British public when it was announced that he'd be joining the cast of this year's I'm A Celebrity as a late arrival.

The MP will be on screens from Wednesday night (November 9) and will take part in a horrific Bushtucker trial with Strictly Come Dancing star Seann Walsh before meeting his fellow celebrity campmates.