New animated series Big Nate, based on the best-selling children’s books and comic strip written and drawn by Lincoln Peirce, is set to debut on Paramount+ in early 2022. 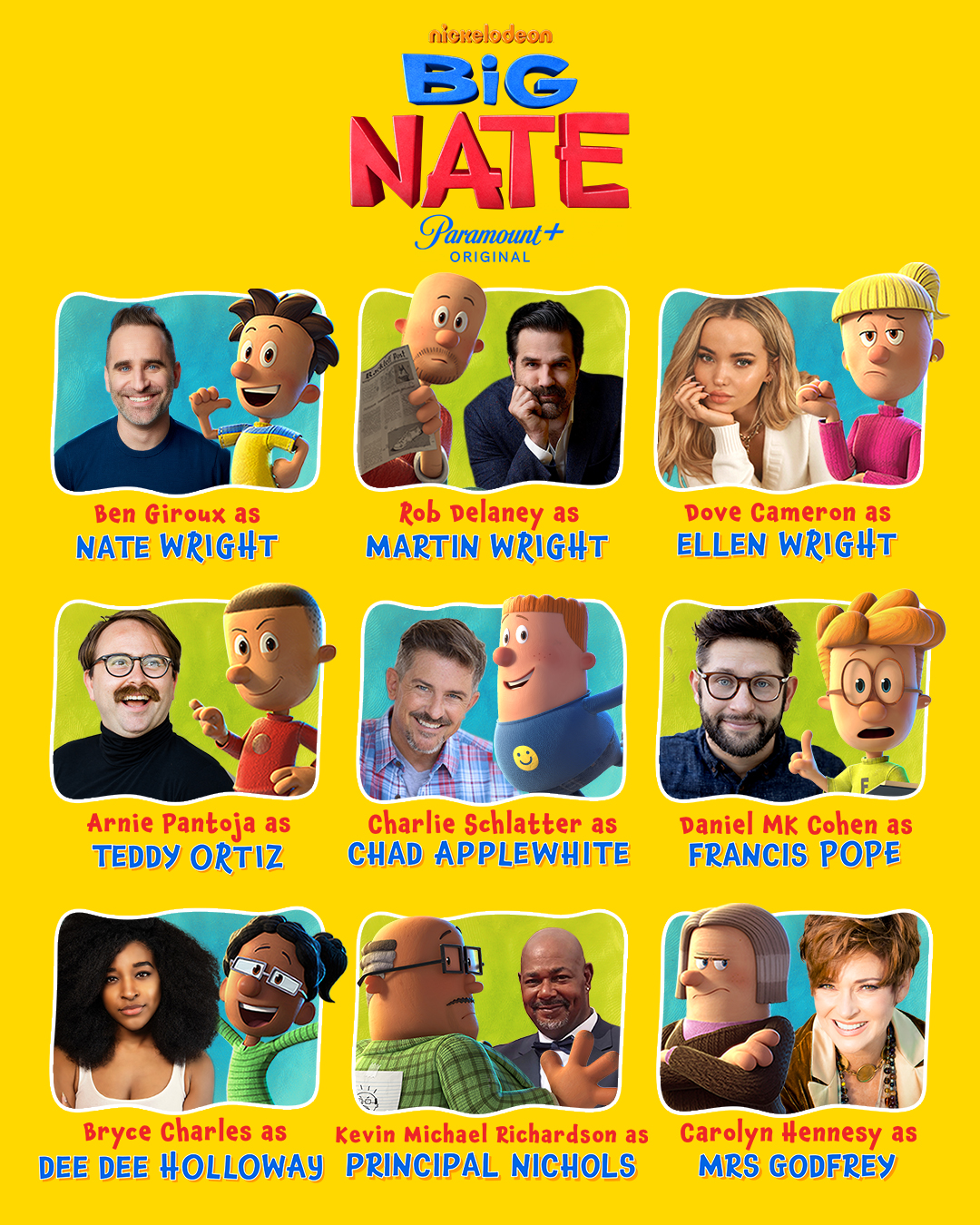 Ben Giroux (Henry Danger, Danger Forever) is set to voice the titular character, a sixth-grader who believes he is awesome. He’s funny, entertaining, and even a little insecure, but he’s not about to let the rest of the world know that.

Disney star Dove Cameron (Descendants, Liv and Maddie) will portray Nate Wright’s older sister and the object of his angst, Ellen. If Ellen has flaws, Nate’s never seen them, but he’s determined to find them anyway.

Their dad Martin will be played by Rob Delaney (Catastrophe, Deadpool 2), whose life has not gone as planned. Although he’s raising two kids alone, he tries not to complain.

Arnie Pantoja (Trolls: The Beat Goes On) as Teddy Ortiz, Nate’s main co-conspirator, a partner in chaos always willing to go along with Nate’s crazy schemes. But if there’s a chance they’ll get caught, Teddy has an amazing way of disappearing.

Charlie Schlatter (The Loud House) as Chad Applewhite, a sweet, harmless kid, and one of Nate’s good friends. Like Teddy, Chad is willing to help Nate with all his schemes, he’s just not quite bright enough to run away when things go sideways.

Kevin Michael Richardson (The Simpsons) as Principal Nichols, a good guy who struggles with being an authority figure. He tries to act like a friend to his students, but he always comes off as an adult who’s trying way too hard to be “cool.”

Carolyn Hennesy (Lego Star Wars: All-Stars) as Mrs. Godfrey, who is affectionately called the “Creature Teacher” by Nate—and she more than lives up to the name. The woman is perpetually on edge and always waiting for someone – usually Nate – to step out of line.

Big Nate is executive produced by Mitch Watson and John Cohen and produced by Amy McKenna, with Lincoln Peirce serving as consultant throughout development and production. Bridget McMeel is co-producer.

‘Spider-Man: No Way Home’ Review: The Most Exciting, Surprising, Emotional Spidey Of Them All