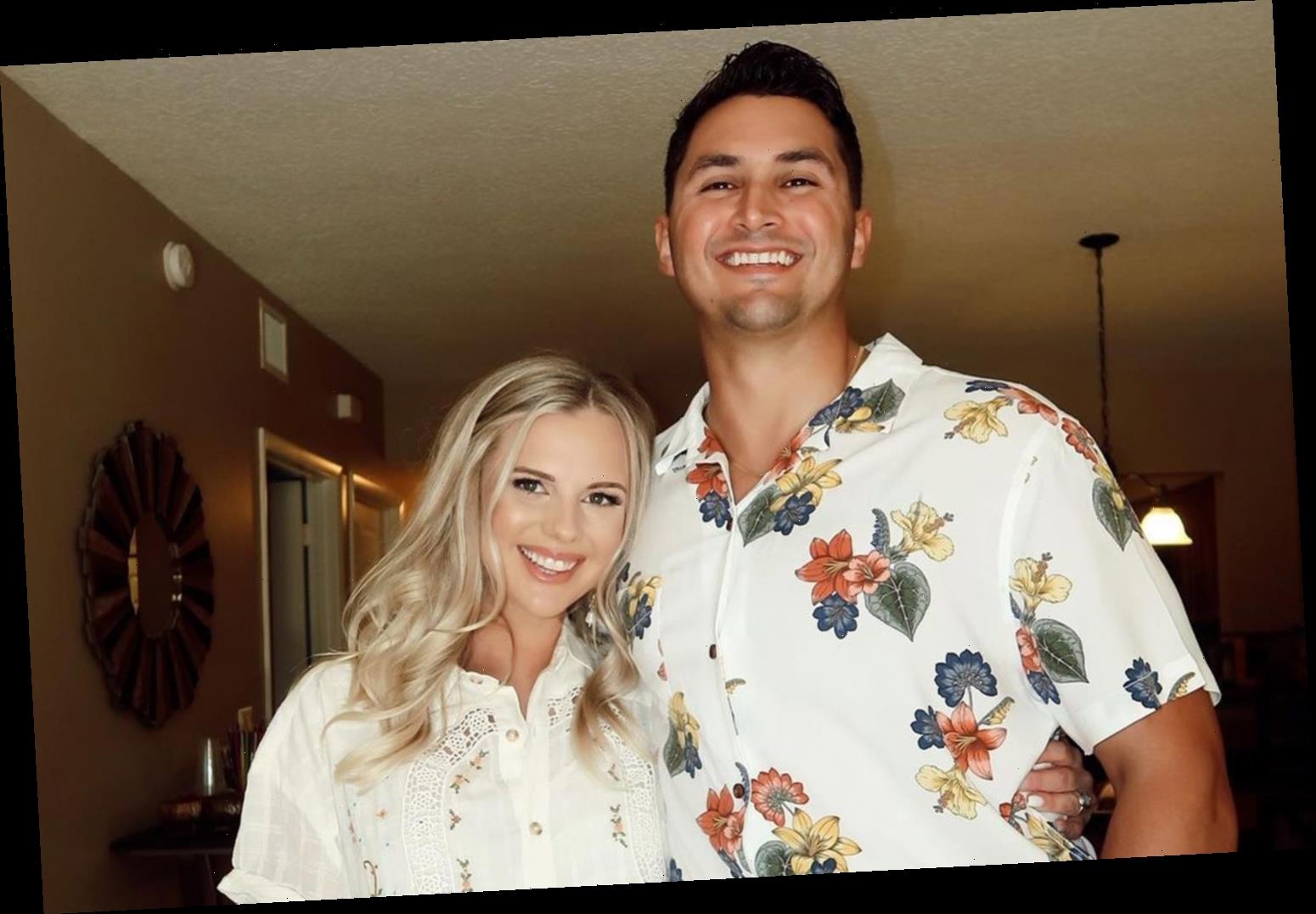 Big Brother's Nicole Franzel and Victor Arroyo have tied the knot, a source confirms to PEOPLE.

The pair, who are expecting their first child together, got married on Tuesday in a small ceremony in Orange Lake, Florida, according to Us Weekly, which published a photo from the wedding.

"It feels amazing! We've been waiting for this moment for so long and it's finally happened," Franzel, 28, and Arroyo, 29, told the publication. "All the stress of having a wedding is lifted off our shoulders. Now all our attention is focused on having a healthy and happy baby."

The couple had been teasing their nuptials on social media this week, with Franzel posting pictures and video from the rehearsal dinner on Monday.

On Tuesday morning, Arroyo shared a picture of himself kissing Franzel, writing in the caption, "I can't believe the day is finally here 😍 Nic and I will finally be MARRIED!! 👰🏼🤵🏽‍♂️ + baby in the oven 😁 #arroyalwedding."

The wedding comes two months after the couple announced their pregnancy news on social media.

"Nic + Vic = our lil' side kick 👶❤️ We are SO excited to announce that we are PREGNANT!" Franzel wrote alongside a photo of the parents-to-be posing in front of a sign that read: "NIC + VIC / LIL SIDEKICK / JULY 2021."

"We feel so blessed & grateful. 🥰 #cococalientefamily 🌶🥥," she added.

At the time, Arroyo posted a photo of himself pointing at a computer monitor that displayed multiple snapshots of their baby's ultrasound, writing, "We're pregnant 😍 *7 week ultrasound picture; currently 11 weeks!! 👨🏽‍🍼."

The season 18 competitors got engaged two years ago on an episode of the CBS reality competition series when Arroyo surprised Franzel with an on-air proposal. (She thought she was entering the game to host a luxury competition.)

"Nic, we met in the Big Brother house over two years ago," Arroyo said in a video message at the time. "And right away, I thought you were the most beautiful girl I've ever seen, and I fell in love with your personality."

'We formed a friendship in the Big Brother house, but our friendship really blossomed outside in the real world," he continued. "I knew the moment that we had that first kiss in New York that I was in love with you."

"And even though I didn't win the money, I walked out of Big Brother with the biggest prize of all, and that's you," Arroyo added, walking into the house to get down on one knee in person — and, of course, Franzel said yes.

Back in April, Franzel opened up about altering her wedding plans due to the coronavirus pandemic, writing on Instagram that they "may be changing bc of COVID-19 (a lot is uncertain right now)."

"We are just rolling with the punches," she added. "Suddenly having a small intimate wedding seems just as good to me."