Isabella Farnese and Hussain Ahmed have now moved in, and it’s safe to say, they’ve ruffled a few feathers already. 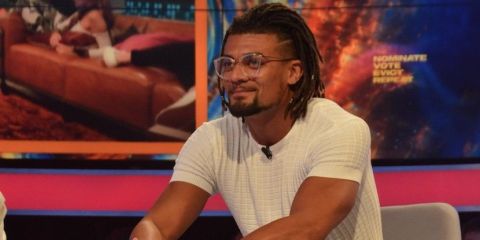 In footage that will be shown in tonight’s episode, Zoe Jones is upset with “everyone” for being fake, but is most hurt by Cian Carrigan, who seems to get on well with Isabella.

“I know he’s not my best mate because I’ve only known him for f**king not long, but when you find someone close to you in here, you f**king look out for them. You don’t drop them. What a dick.”

Zoe isn’t the only one who is upset with the new housemates’ arrival, with Brooke Berry storming out of the bedroom after Hussain makes a comment about the state of the house.

Hussain manages to annoy Brooke by saying he thought the house was dirty and she and the other housemates should clean it up.

“I’m actually just going to walk out because you’re f**king pissing me off,” she fumes.

However, it isn’t all bad, as the newbies are starting to settle in and form friendships with some of the original housemates.

Anyway, they both indicate that they think the other is “hot”, so they’re definitely an up-and-coming power couple to be.

Big Brother continues on Sunday (October 7) at 10pm on Channel 5.

Next post Tatum O’Neal, Oscar-Winning ‘Paper Moon’ Star: ‘I Have Been Sexually Assaulted More Than Once’