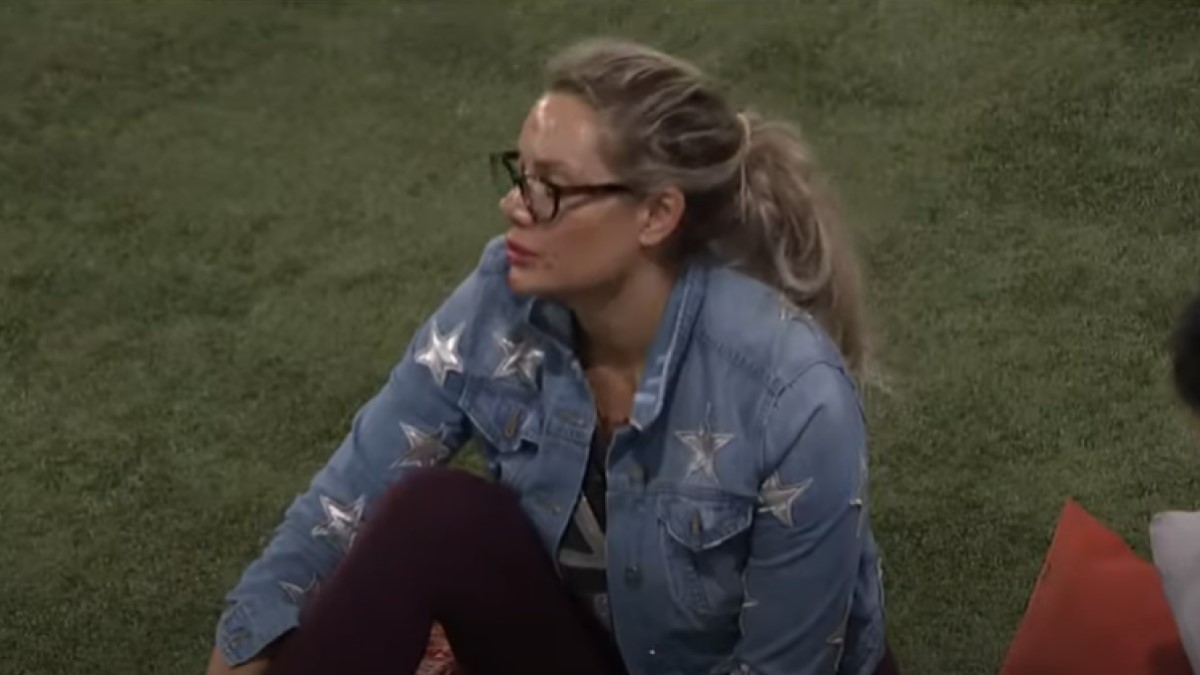 Big Brother superfan Chrishell Stause would love to have Janelle Pierzina show up on Selling Sunset.

Janelle and Bayleigh Dayton were recently having a chat on the Big Brother live feeds that became of particular interest to Chrishell.

Bayleigh said, “This one (Janelle) needs to go on Selling Sunset. It’s a real estate show. You would be phenomenal. She needs to go on it cause her personality is hysterical.”

Janelle was amused at the thought, stating, “I get in fights with other realtors about listings. I’m crazy.”

Seeing the chat that had been taking place on the live feeds, Chrishell weighed in with her thoughts on the situation and it seems like she would really enjoy having Janelle stop by.

“I would DIE to have @JanellePierzina on!! Are you kidding?? No fights with me-I would be so excited!! #BB22allstars #BB22,” Chrishell wrote. 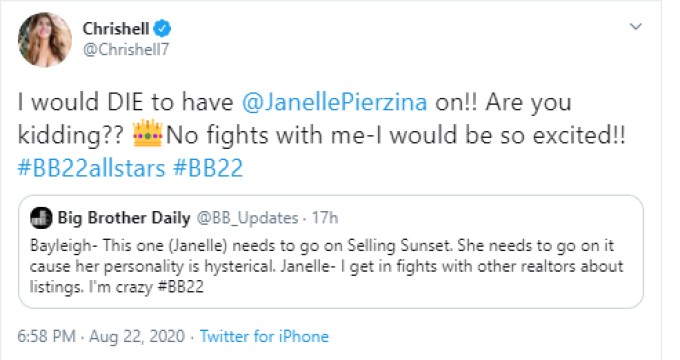 This also wasn’t the first time that Chrishell Sause has posted on social media about Big Brother or Janelle Pierzina.

She is a big fan of the show and she even noted that she took part in a fantasy Big Brother draft this year. Who did she go with? She went with Janelle, Bayleigh, and Kaysar Ridha.

It’s always interesting when other celebrities note that they are tuning in to Big Brother, especially when they have been drawing a lot of attention for their shows.

That has definitely been the case for Chrishell Stause and Selling Sunset, which just debuted Season 3 on Netflix this month. The show continues to grow in popularity and it could be around for a while on the streaming platform.

Selling Sunset is all about selling real estate in the Los Angeles market and boy is there a lot of drama involved.

As for the Big Brother 22 house, time might be running out for Janelle Pierzina based on who is now the Head of Household.

A lot has happened in the past few days when it comes to the BB22 cast. Consider these to all be Big Brother spoilers before the next few episodes air, so only read ahead if you want to know what’s coming up next.

Tyler Crispen made his nominees for eviction and they were Janelle and Kaysar. That wasn’t very surprising, as he had a plan in place with his new alliance of four people.

The Veto Competition was already played as well, which could dictate what takes place in the coming days. None of it is good news for Janelle.