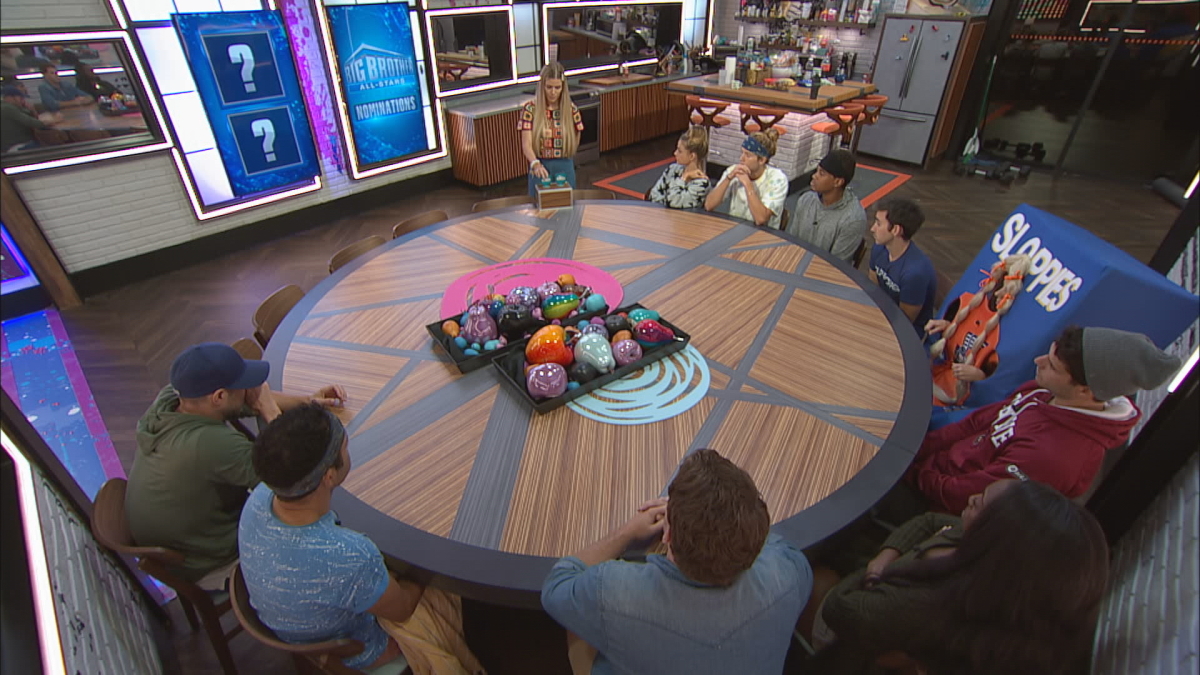 Big Brother All-Stars spoilers from the live feeds have revealed the first member of the BB22 jury. The votes are already in place following the Veto Meeting, and there might not be much that could change the situation.

CBS viewers just learned that Daniele Donato won the Head of Household Competition and that she then nominated Kevin Campbell and David Alexander for eviction. But a lot has happened in the house since then.

David used his BB Basement power to get off the block, and Dani then named Tyler Crispen as a replacement nominee. Tyler, Cody Calafiore, Christmas Abbott, Memphis Garrett, and Enzo Palumbo got upset at David for using the power, even though he did it in secret and never admitted to it.

Cody and Tyler compared David to O.J. Simpson and blamed him for Tyler being on the block. But it was Dani who put Tyler on the block, making the accusations a bit puzzling for anyone watching the live feeds.

When Da’Vonne Rogers won the Power of Veto, it created another situation where The Committee alliance would try to manipulate the outcome. A lot of people pushed hard to keep nominations the same and even concocted stories to try to keep Da’Vonne from using the POV. Dani wanted to come up with a fake power to scare Da’Vonne into inaction.

Da’Vonne used the POV: What’s next?

On Monday, Da’Vonne used the Power of Veto to save Kevin from the block. Dani then put Ian Terry up in Kevin’s place and blamed Da’Vonne for it.

There are some odd arguments by houseguests about how Dani nominating Tyler and Ian is the fault of David and Da’Vonne. Dani had absolute power to name her nominees this week and is trying her hardest to shift the blame to people not in power.

Christmas also blamed Da’Vonne and David for the stress that Tyler is going through this week while being on the block. Again, it’s going to be very interesting to see how producers edit this because most of the arguments made by members of The Committee are flat out ridiculous this week.

Who is going to the BB22 jury house?

The votes are in place for Ian Terry to become the first member of the BB22 jury. Dani is pushing the story very hard to Nicole that it is Da’Vonne’s fault that they “have to” vote out Ian now. Cody is also on the same page with that narrative, blaming Da’Vonne and David for putting Nicole in the position to have to vote out Ian.

A lot of houseguests have been lying about their votes to try to make it seem like they are voting against Tyler this week. The strategy doesn’t even make a lot of sense, as they are also lying to Ian about being safe. On Thursday, Ian is going to go to the BB22 jury house, and he may be bitter about his treatment.

These latest Big Brother All-Stars spoilers could always shift in the next 72 hours, but it seems pretty clear that Tyler’s friends will save him, again, and that Ian is getting evicted next.