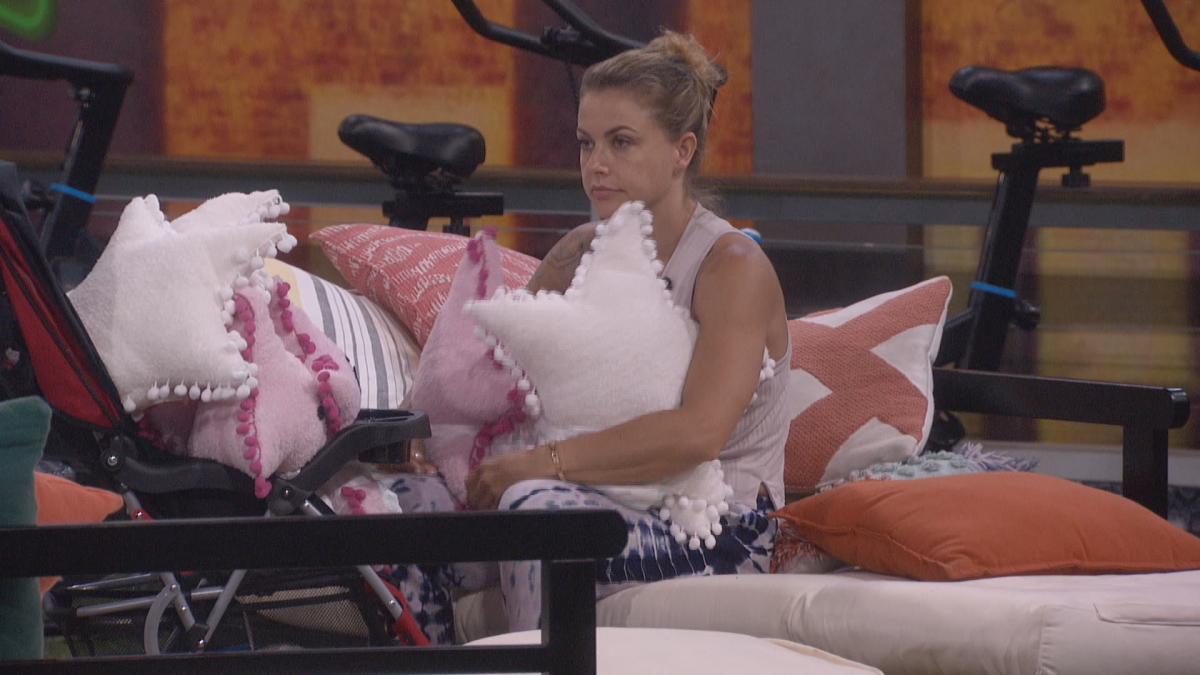 Big Brother 2020 spoilers from this evening will be highlighted by the houseguest who won Head of Household tonight.

Earlier in the evening, Janelle Pierzina was evicted, leaving just 13 people competing for the title of Big Brother All-Stars winner.

As the outgoing HOH, Tyler Crispen had to sit this one out, which he found to be an unfortunate situation, as he really wanted to be in power for Week 4.

That left 12 people who were competing for the power, and each one of them knew that the entire dynamic of the house was about to change.

Sure, Kaysar was going to be on the outside and someone who could easily get picked off by a new HOH, but that also meant someone would have to become a pawn. And what if Kaysar won the Power of Veto?

This article will serve as a live blog of the ongoing HOH Competition as it takes place live. Make sure to check in later, where we will update everyone on the final results.

Who won Head of Household tonight?

Heading into the challenge, many of the houseguests knew how important it was to emerge as the winner. As opposed to previous weeks, when several people didn’t want the power in the house, Week 4 is one where everything could change.

With the biggest target in the game eliminated — which may seem odd since Janelle never actually had any power this season — it meant that new nominees might be coming, that a backdoor is possible, and that pawns might become necessary.

Below is an image and description of the Week 4 HOH Competition: 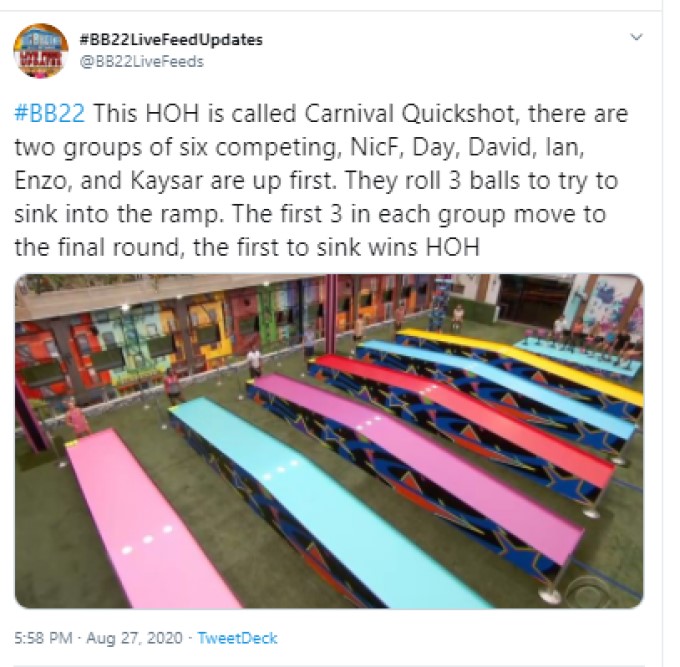 The episode came to a close before the completion of the first round. It means we won’t learn who the new Head of Household is right away, but we will make sure to update the post as soon as we learn more information about the results. Hopefully, the live feeds get turned on right away.

(Small time update: the CBS live feeds are still down roughly 30 minutes after the end of the episode.)

A busy weekend in the BB22 house

Over the next few days, we will find out who was nominated for eviction, who has won the Power of Veto, and who the real target for eviction will be by the end of Week 4.

There are going to be a lot of Big Brother 2020 spoilers coming from the live feeds and a lot of information for us to pass on.

Stay tuned, because this is where things may finally start getting exciting in the house.

We are almost to the point of the season where Memphis Garrett said that a pay bump takes place for people still in the game. But it seems that they have to survive Week 4 to take advantage of it.