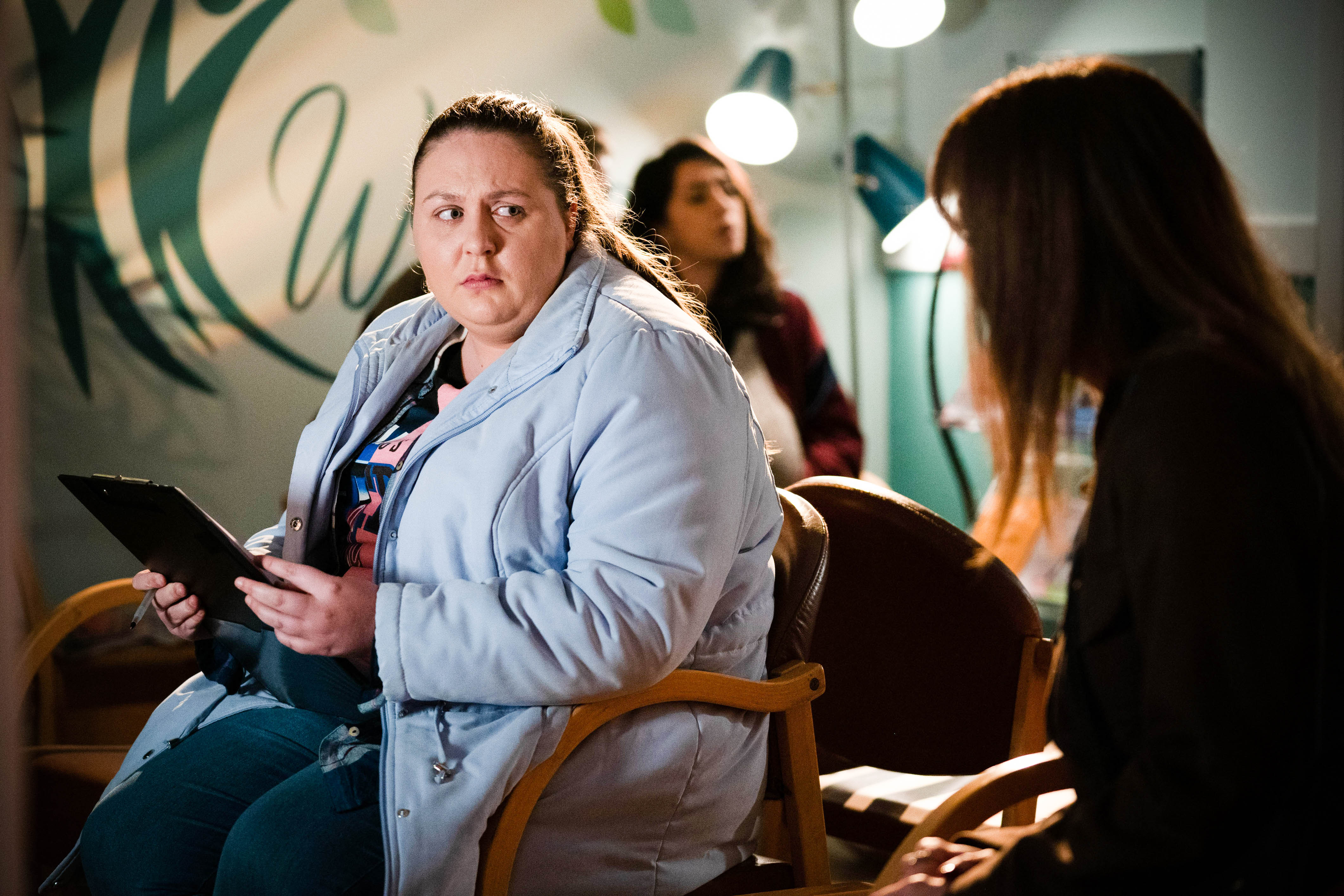 The young woman saw an opportunity to help the couple out, and she also needs the money.

Next week, Rainie accompanies Bernie to a doctor’s appointment, as they discuss the next step in her becoming their surrogate.

However, it’s not all good news.

The doctor tells Bernie that there are a number of factors which could result in complications with a potential pregnancy.

Bernie does her utmost to convince Rainie that it will be fine, and to proceed as planned.

Rainie, however, is not so sure.

She knows that she’s only got one shot at this, and therefore has to think about the best course of action to move forward.

Rainie had her heartbroken previously when Tiffany Butcher-Baker (Maisie Smith) had initially agreed to be her surrogate, but ultimately backed out.

The mainstay of the BBC One soap has feared having her heartbroken again.

Will Bernie convince her to go ahead with the surrogacy? Or has Rainie made up her mind this time?