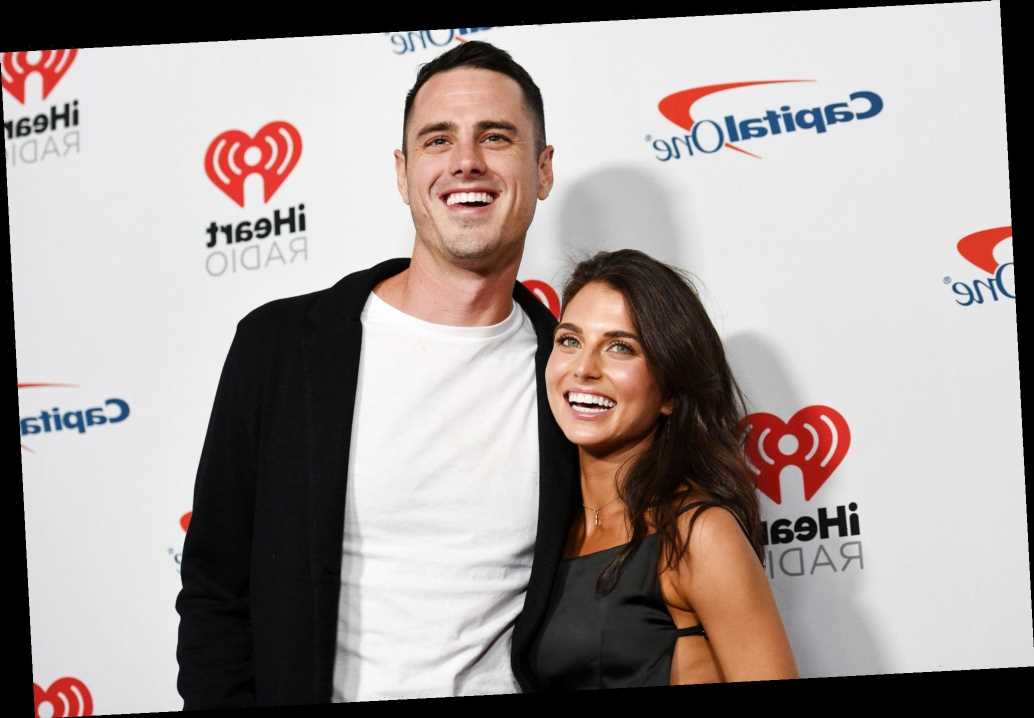 Ben Higgins and his fiancée Jessica Clarke can't wait to tie the knot!

The happy couple, who announced on Instagram last March that they were engaged, have been anxiously awaiting their big day since Higgins got down on one knee. But like many people, Higgins and Clarke had to postpone their wedding day until 2021 due to the ongoing coronavirus pandemic.

"I mean, it's been a year push back now," Higgins, who began dating Clarke in 2018 after he slid into her Instagram DMs, tells PEOPLE. "I'm making this commitment that I've been ready to make with her for a long time and it just keeps getting pushed back."

While the former Bachelor star, 31, shares that he has "stayed out" of most of the wedding planning, he admits it's been difficult for his soon-to-be bride. "I think for Jessica it has been really hard," says Higgins. "I think the hard part is just having in the back of your head, like, 'We could plan on this thing, and it could maybe not happen. It could be changed completely.' That's tough. It's also trying to plan it so that grandparents can come, hopefully, and that way they can be there to celebrate with us. I think that's the part that is the most stressful, just not knowing."

The lovebirds, who recently purchased a home together in Colorado, previously revealed their decision to not have sex until their wedding night. However, they didn't imagine that they would be waiting this long.

"It hasn't been ideal for us over the last year," says Higgins. "Because obviously, like I said, plans have changed pretty drastically over the last year. This wasn't a part of our plan, to wait for a year and a half. It had to happen due to COVID." While Clarke is living in their new house, the season 20 Bachelor won't be moving in until they are officially married.

And even though COVID has delayed their plans, no matter what's to come, Higgins says the two will be saying "I do" this fall — with or without a reception.

As Higgins prepares to become a married man, he says 2021 is his year to "really represent love." For Valentine's Day, he's partnering with wine company Campo Viejo to give 10 lucky Bachelor fans and their Galentines the opportunity to win a personalized video message. While a few special Bachelor Nation fans may get a virtual "hello" from Higgins on Valentine's Day, his fiancée will be getting the real Bachelor all to herself. Higgins shares that their holiday together will include a romantic evening of pizza and wine by the fire.

"We spent most of our relationship apart doing long distance," Higgins tells PEOPLE. "So to be together, it isn't like I think it is for most couples. For us, it's a big deal."