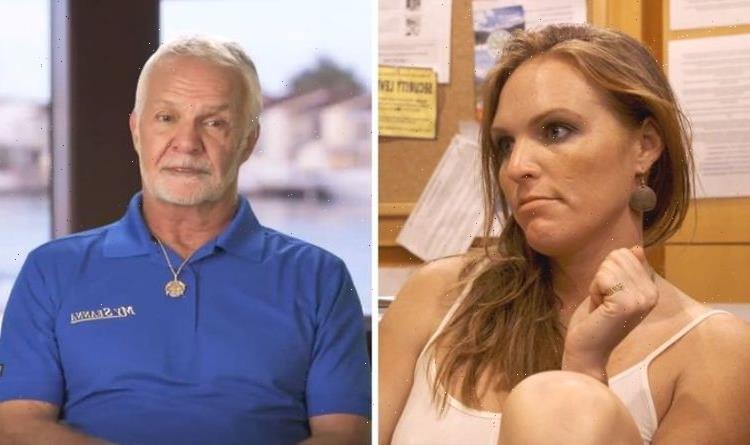 A dramatic look at Below Deck season 9 preview

Rhylee Gerber first joined Bravo’s yachting reality series in season six and often found herself involved in most of the drama. However, the Below Deck star made headlines after refuting Captain Lee’s claims about her being fine with receiving no tips.

Although Rhylee first appeared in season six as a deckhand, she returned for midseason of the next instalment of the show after Abby Murphy quit.

She was required to get to work immediately as lead deckhand Brian de Saint Pern couldn’t work due to a knee infection.

At the end of the season, viewers watched the crew receive a tip, however, Rhylee revealed she was never given her share.

Speaking on the Another Below Deck Podcast Patreon, she revealed: “I still don’t understand his excuse for why he didn’t tip me. The thing is, it got brought back up again very recently.”

In October, Lee stated Rhylee didn’t receive a tip as she wasn’t on board the charter for a full 24 hours.

The Captain tweeted: “Tanner got sick while working and I didn’t need him infecting everyone. I told her that and she still agreed to it, no one stood up for her more than I did. Won’t comment again on this.”

However, this claim was recently slapped down by Rhylee during a discussion on the podcast as she shared she didn’t want to be confrontational.

Rhylee explained: “I’ve already been known as the hothead the first season I was on so I’m not gonna sit there and be like ‘What the f**k do you mean?’ And start an argument already.

Rhylee recalled deckhand Tanner still received his tip although he was off sick for a majority of the charter.

The star claimed Lee’s reasoning behind it was “because the guys have been doing all the heavy lifting,” she admitted, ”I was taken aback by that but my reaction was, ‘Ok, yes, sir’ Understood.”

Although Rhylee’s attempt to keep her confrontations to a minimum may have backfired, the decision came after her first charter on the yacht.

She didn’t have the best relationship with the crew members and it was often put down to her attitude.

Despite always bickering with everyone, things went sour after a heated argument with Ashton Pienaar which resulted in him asking Lee to fire her.

During an appearance on Andy Cohen’s Watch What Happens Live, Ashton shared his opinion about Rhylee.

He explained: “She hasn’t got along with six other men that’s worked above her, and I think it’s very easy to point a misogynistic finger when it seems like you’ve got a problem with authority and working with men.

“If she had gotten along with four out of the six guys, I’d say maybe there was an issue here with some of the guys,” he continued.

Rhylee revealed as a returning cast member, she got paid “double the second season,” but estimated plus the tips she could have made about $40,000.

Below Deck season nine is available to stream on Bravo.