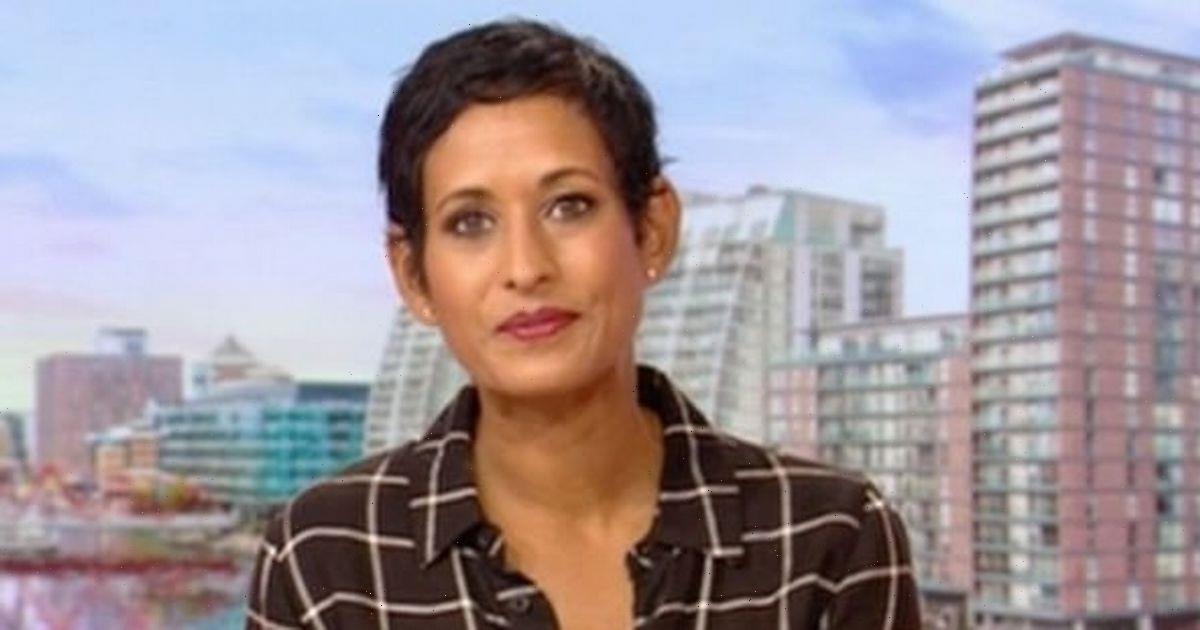 Naga Munchetty was absent from the BBC Breakfast sofa on Thursday morning (7 September).

The BBC presenter normally hosts the flagship morning show with Charlie Stayt on Thursday, Friday and Saturday, but she was nowhere to be seen when the show kicked off on Thursday morning.

Instead, Naga's colleague Nina Warhurst stepped in to replace her as she co-hosted the show with Naga's co-star Charlie.

The business and consumer presenter joined Charlie as they discussed the latest news for the viewers at home.

At the time of writing, it is unclear as to why Naga has been missing from the famous red sofa and why Nina had taken her place on Thursday's broadcast.

This is not the first time Naga has been missing from the sofa in the last few weeks, as Nina had replaced her last Thursday (30 September).

Naga hasn't taken to Twitter to discuss her absence on the show, although earlier this week she did reveal she had been fighting off a cold after fans were left worried about her health.

Earlier this week, 46-year-old Naga sparked health concerns from her fans as she suffered a violent coughing fit live on her BBC Radio 5 Live show.

The presenter's cough was so bad that it forced Naga to come off air and fetch some water whilst playing a pre-recorded segment, leading her listeners to ask if she was okay. Naga had reassured her 260,000 followers that she had just been battling a cold.

One of Naga's fans had tweeted: "Naga we are all in our office listening as always, we are all (male/female) fans of you, we worry as you are always coughing, spluttering and loosing your voice..(sic)

"Having drinks of water, reassure us you are OK."

Naga responded: "Just getting over a cold.

"Thanks for asking! X" The breakfast host began struggling to get her words out on air as her voice turned croaky during the broadcast.

Naga had apologised to her listeners after having to put her microphone on mute, saying: "Right, give me a sec, I'm just going to cough."

She added: "Let's play a clip of Boris Johnson and I can grab a quick glass of water."

Naga joined the BBC Breakfast team in 2010, and often fills in for her co-stars when they can't make the show themselves.