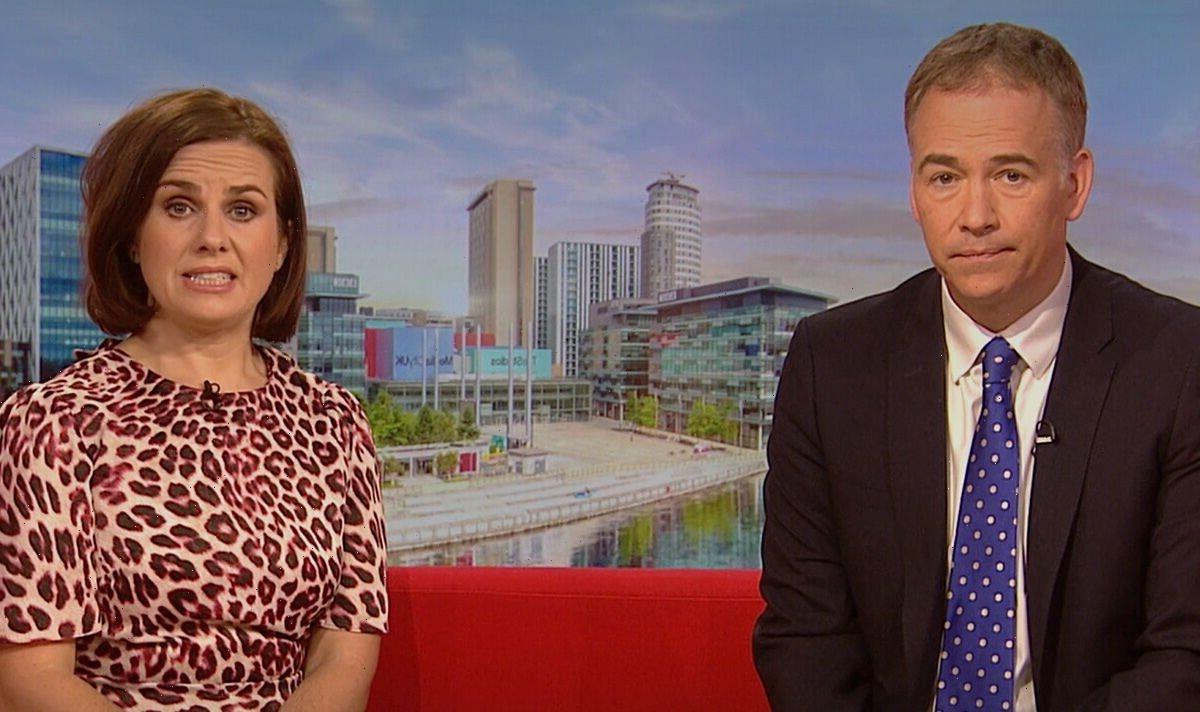 BBC Breakfast presenters Roger Johnson and Nina Warhurst kicked off Sunday’s episode by talking about the incident that occurred during the Liverpool Champions League. The match was delayed by over 30 minutes due to people trying to enter the game with fake tickets, ultimately holding up the rest of the queue. However, BBC

Breakfast fans slammed the coverage and took to social media to express their annoyance.

Introducing the segment, Roger said: “Our main story on today’s programme, Liverpool football club has called for an investigation into the security arrangements during last night’s Champions League final.

“That is after thousands of fans who were stopped from gaining access to the grounds.”

Nina carried on: “Police fired tear gas and pepper spray at supporters as some attempted to climb over the security barriers delaying kick-off for more than half an hour.”

Roger continued: “Live to Paris, Dan is with us, well disappointment on the pitch, but questions are being asked about the organisation around and outside the stadium as well.”

Correspondent Dan Johnson explained: “Yes, absolutely, and that investigation is being called for by Liverpool football club following the treatment of their fans by French police here last night.

“Some fans queued for hours outside the turnstiles but were exposed to pepper spray and teargas as police tried to quell the swelling numbers of fans who were being held at those stadium entry points.

“Very little communications about why they were denied entry to the stadium last night, and the claims by UEFA that the match was delayed by the fans not arriving on time didn’t reflect the number of fans who had waited for up to three hours to gain access.

“Liverpool has said in a statement ‘This the greatest match in European football supporters should not have to experience the scenes we witnessed tonight.’.

“UEFA themselves saying ‘The turnstiles at the Liverpool end became blocked by Liverpool fans who had purchased fake tickets which did not work.

The segment ran for a total of eight minutes and was repeated a number of times throughout the three hours of the show.

Taking to Twitter to express their annoyance with the coverage, Auld Bryan simply stated: “#bbcbreakfast Liverpool lost to the better team… Get over it.. #RealMadrid”

@CostaSmerelda2 commented: “Not sure there’s be so much emphasis on the pre-match stuff if Liverpool had of won ?… #bbcbreakfast.”

@Andy_Ronsons88 added: “Not much news on, is there? Too much talking about football.”

Jane Sommers fumed: “I switched off after 30 minutes of non-stop football. Ridiculous.”

@MaryJane1999 exclaimed: “Was expecting some coverage in the news this morning about Boris Johnson diluting the ministerial code and taking us a step closer to dictatorship status. Instead, it’s just about the Champions League.”

However, not all viewers were let down by the football coverage as @Glenn_Hughes8 commented: “About time people knew the dangers of unorganised events! This was a disaster and should be exposed with all the right coverage.” (sic)

Chaotic scenes ensued prior to the beginning of the match, where fans were pressed up against fences, tear gas was administered and the match was delayed.

To make matters worse, Liverpool eventually lost to Madrid after they fought valiantly for their seventh chance at the crown.

BBC Breakfast airs everyday from 6am on BBC One.