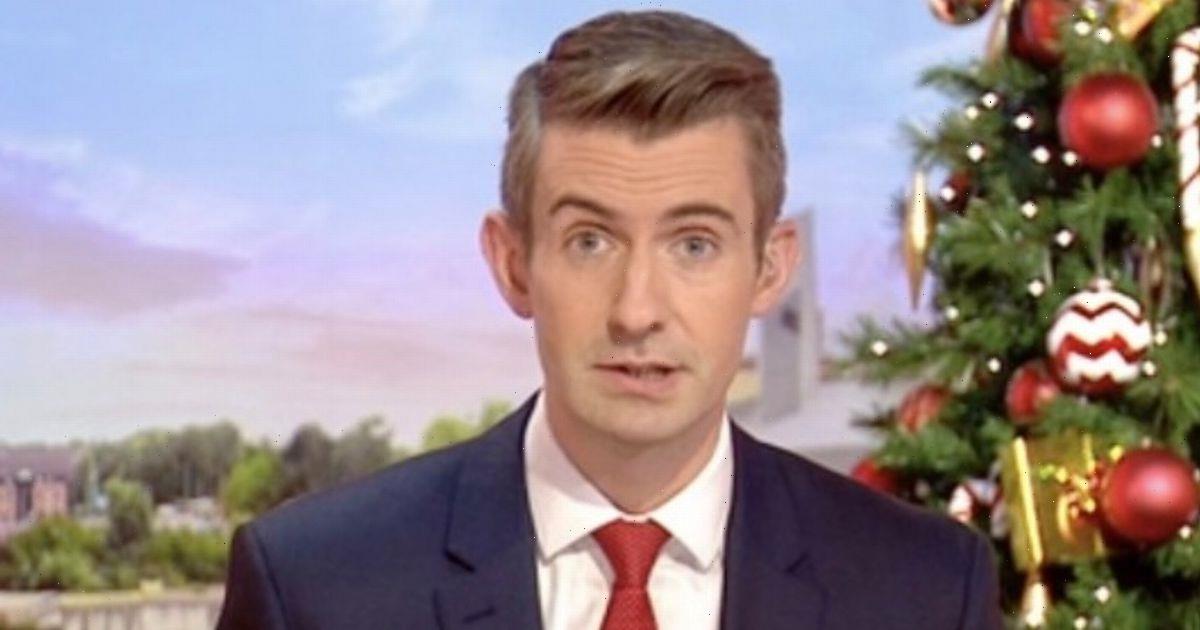 BBC Breakfast presenters Ben Thompson and Katherine Downes were left speechless after guest Nigel Cawthorne told show bosses to "get their act together" during his interview slot.

Appearing on the show to discuss Ghislaine Maxwell and her conviction, the socialite's official biographer was interrupted just seconds into the interview by his phone ringing.

He blamed the disturbance on show bosses and said they were trying to contact him in an awkward dig as Ben and Katherine stayed silent on the other end of the video link.

Cawthorne started to say: "Early on, the judge said if…" as his phone began to ring out of shot and he immediately reached to turn it off, saying: "I'm sorry about this."

As Ben responded that it was fine and they would give him time to turn off the phone, Cawthorne replied: "It's the BBC calling me. Get your act together over there," as he continued with his train of thought.

Maxwell was found guilty of recruiting and trafficking young girls to be sexually abused by the late American financier Jeffrey Epstein.

She was found guilty on five out of six counts she faced, including sex trafficking of a minor, the most serious charge.

The British socialite will be sentenced at a later date, and could spend the rest of her life behind bars.

Her legal team have confirmed they are working on an appeal, with her lawyer Bobbi Sternham saying: "We firmly believe in Ghislaine's innocence."

Instead, viewers were greeted by Ben Thompson and Katherine Downes, with Ben telling his social media followers the news the night before.

He wrote on Twitter alongside a scenic countryside snap: "Feeling v lucky to get a lovely Christmas break with family this year (food, wine and a lot of this).

"Back on @BBCBreakfast duty tomorrow with @KDownesBBC. See you there, 6-9."

BBC Breakfast airs weekdays at 6am on BBC.