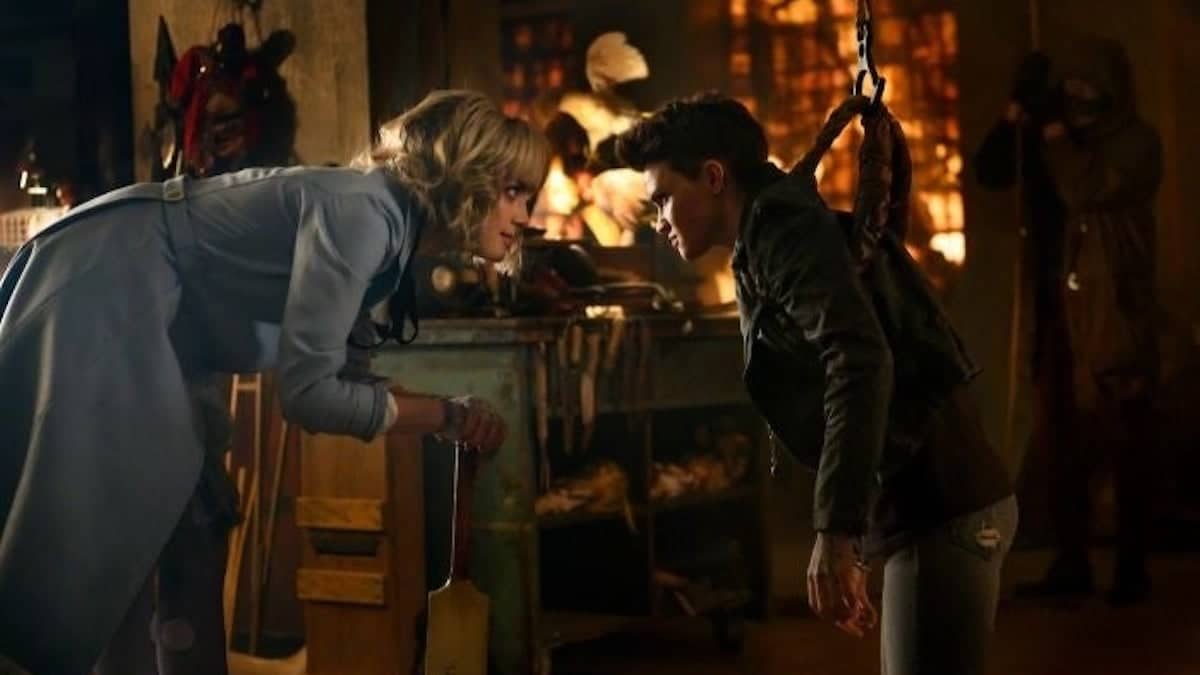 The CW has released yet another teaser trailer for its upcoming Arrowverse series, Batwoman. This time, the clip features both hero Kate Kane (Ruby Rose) and Season 1 big bad Alice (Rachel Skarsten).

In this case, though, Kate asks how Alice knows she’s mad and Alice retorts, “You must be. Or you wouldn’t have come here.”

Alice then surfaces behind Kane and embodies the book’s Queen of Hearts by commanding, “Off with her head.” Yet, when Kate turns around, Alice is nowhere to be found.

The previous two Batwoman teasers released by The CW focused on Kate Kane and Alice individually. In the first, Kate observed that people and the stories they tell aren’t always what they seem. In the second, Alice once again quotes Alice in Wonderland by uttering “curiouser and curiouser” while pondering a newspaper headline about Batman’s possible return to Gotham.

By bringing Kate and Alice together to face off in Alice’s madness-inducing hideout, this latest clip appears to be a continuation of the previous trailers, even though it remains equally mysterious.

One way or another, it seems Batwoman is really leaning into the inspiration behind Alice. Alice is a psychotic villain in the mold of The Joker and quoting and emulating Alice in Wonderland enables the character to embody that madness while also making her unique.

Part of what always made Batman so fascinating was that there was a very thin line separating him from the villains he fought. After all, the man dressed up as a bat to fight villains who also liked to don costumes.

This trailer may indicate that Batwoman will delve into Kate Kane’s mental health and what really separates her from Alice.