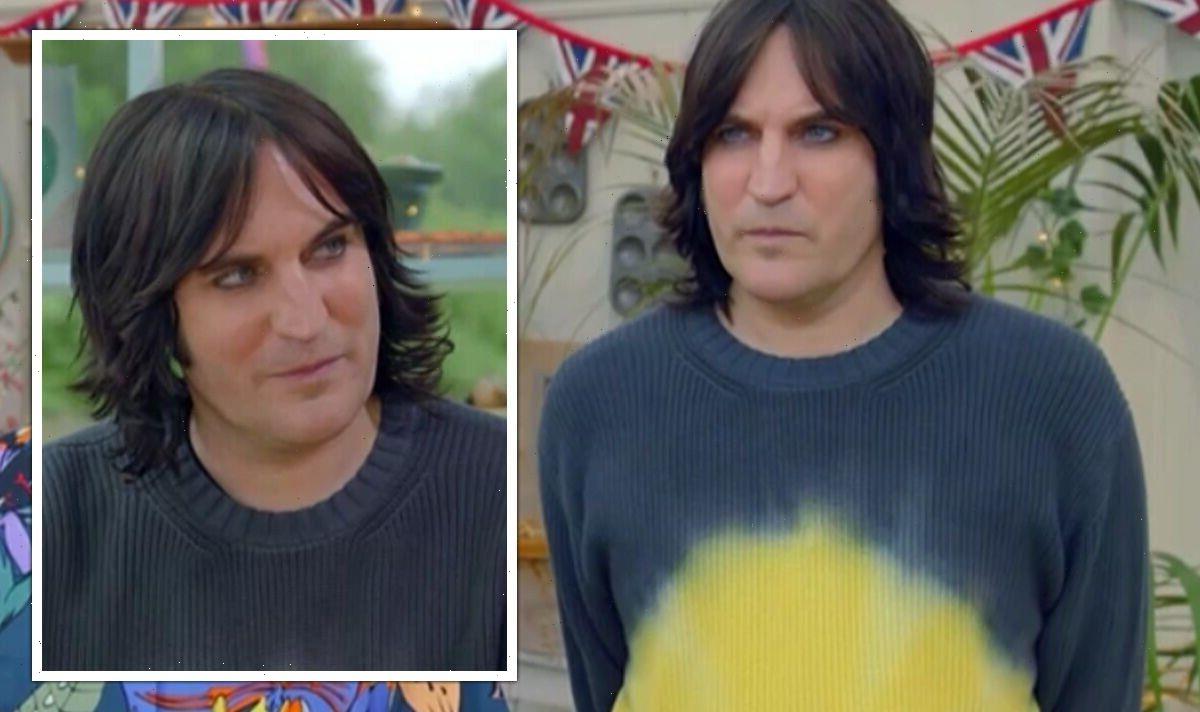 The Great British Bake Off 2022 finale aired on Tuesday evening and most of the programme was presented by Matt Lucas. At the start of the episode, Matt told the three finalists his co-host Noel Fielding would not be joining them as he was not feeling well. However, fans were left fearing for Noel’s health when he joined Matt for the last 20 minutes of the programme.

Noel was absent for the first day of the grand final which meant he missed the signature bake and technical bake challenges.

When Matt welcomed Noel into the tent for the showstopper challenge viewers were left distracted by his appearance.

Noel donned a black jumper with a bright yellow ball in the centre which resembled the sun.

While he appeared in good spirits, many fans thought he looked “so unwell”.

Andrew said: “I’m really surprised that they didn’t just reshoot the intros and time calls from the first day with Noel to pretend he was there. #GBBO.”

Charlotte penned: “Glad that Noel is back for the showstopper.”

Becky said: “I know Noel is pale anyway, but Christ on a bike #gbbo.”

Matt told viewers earlier on in the episode Noel “wasn’t feeling well” during the final.

When he returned to the tent for the showstopper challenge, Matt said: “Noel, welcome back to the tent.”

Judges Paul Hollywood and Prue Leith filled him in on what he had missed out on while he was away.

“I thought most of the flavours, with these three, were perfect,” Prue Leith said of the showstoppers.

After critiquing Syabira, Abdul and Sandro’s bakes, the finalists stepped outside the tent to find out who the winner was.

“Thank you for coming everybody, I am now going to pass you over to Matt who has an announcement,” Noel said as he joined the bakers and their families outside to declare the winner.

Matt announced Syabira as the winner of the 2022 series and she was given a huge hug by her competitors.

“This is the biggest achievement in my life,” she said while holding up her trophy.

“It’s been a while since there was a woman winner on the show,” she said. “We can do anything we want as long as we work for it.”

Episodes of The Great British Bake Off can be streamed on All 4.