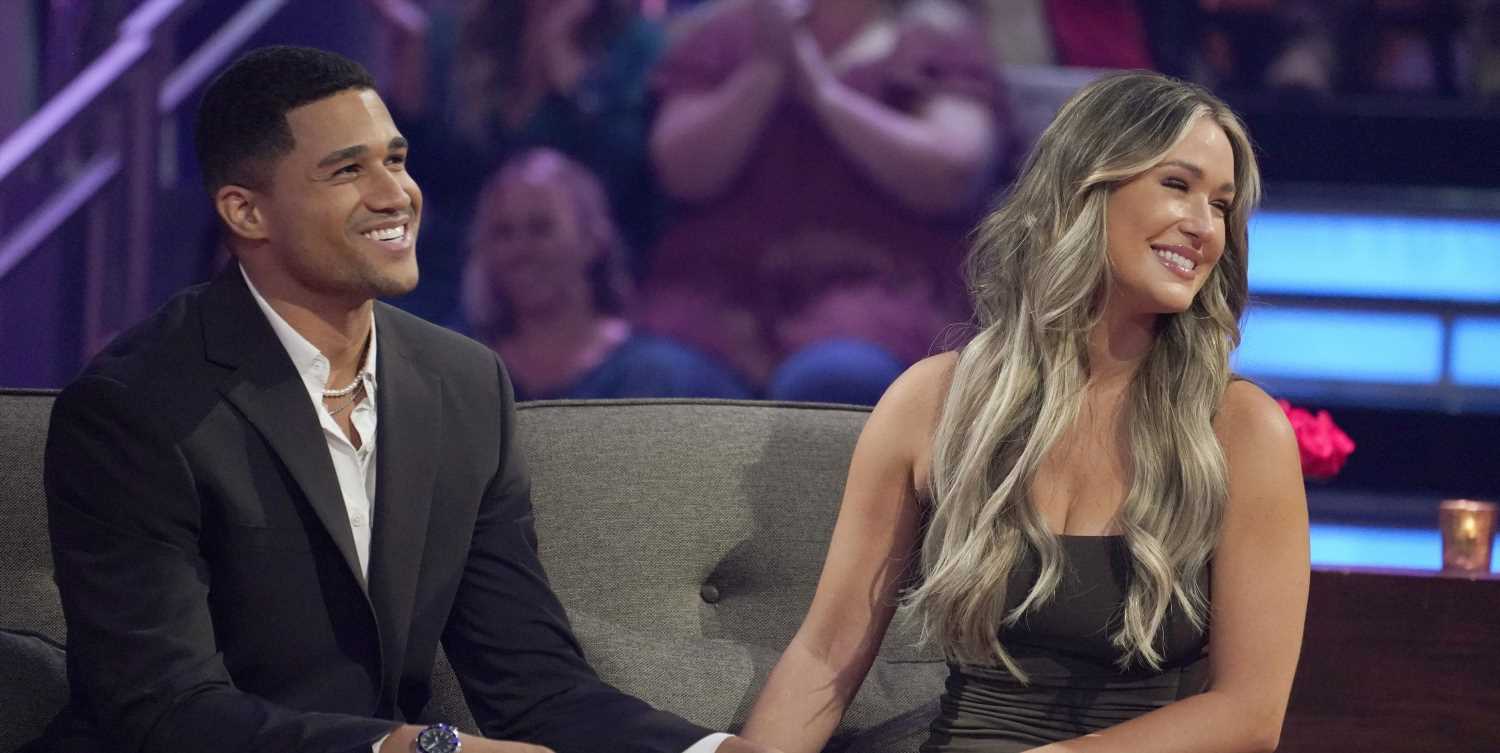 Wondering where Bachelorette Rachel Recchia and Aven Jones stand weeks after he showed up at After the Final Rose and asked her to catch up? Same. Speaking on Kaitlyn Bristowe’s podcast, Off the Vine, Rachel said she’s definitely open to seeing what happens with Aven.

“I just care about him so much that I genuinely just want him to be happy in whatever capacity that is with me or, like, whatever it is,” Rachel said, via Us Weekly. “I just really want to see him just thriving. So what’s to come? I don’t know. I mean, I’m definitely open to seeing what happens but it’s two people, we’ve been through so much. I just got back to L.A. from everything that happened [on the] show — New York, I was in Vegas. So I think we’re both kind of just going to see where it goes — if it goes anywhere.”

Meanwhile, Rachel was also asked about rumors that she’s dating Katie Thurston’s ex Greg Grippo, and simply said “I would definitely flirt with Greg Grippo. … I followed him and then he followed me back.”

Rachel also noted that she and her ex Tino have been broken up for MONTHS (“since before you guys knew”) so yep, she’s fully moved on:

Listen to her full interview below for more juicy post-Bachelorette updates: