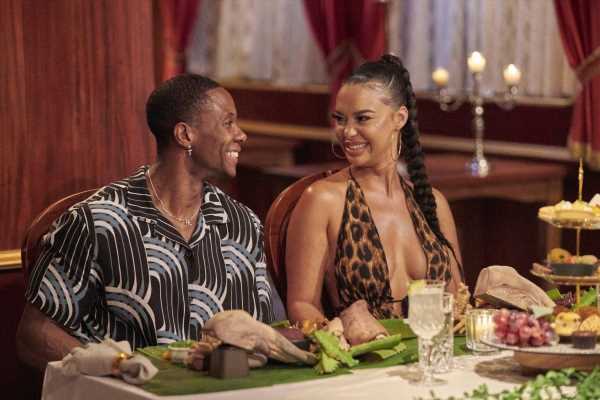 ABC’s Bachelor in Paradise Season 8 cast has yet to be announced, but Bachelor Nation fans have their favorites they hope make it to the beach. The season 7 cast included Maurissa Gunn and Riley Christian, and the couple got engaged at the end. Unfortunately, they broke up. Now, Maurissa might be leaving clues that she’s ready to return to the show.

Why did Maurissa Gunn and Riley Christian break up?

Maurissa Gunn and Riley Christian had an ultra-successful relationship on season 7, and fans certainly didn’t expect either of them to return to the Bachelor in Paradise Season 8 cast. “Going into this, I guess the social media and the media is kind of what let us know that we are the first Black couple to come out of this,” Maurissa told People back in 2021 during their engagement. “Because we just went into it [with an] open mind. Our hearts were open and we just happened to meet each other and we look alike, which is even better!”

The couple confirmed their split on Jan. 24, 2022 — just three months post-engagement, according to Stylecaster. Why did Maurissa and Riley break up after getting engaged on the show?

Neither Maurissa nor Riley said exactly what occurred, but Natasha Parker from season 7 explained it was their lifestyle differences that tore them apart. “I think that they just have very different lives, at least from my understanding from what she was saying,” Natasha said. “And she completely integrated into his life, and I think she that kind of missed, you know, her family, she missed her friends, and, the distance and everything. Moving to New York is not easy. It’s just not an easy thing.”

So, what’s next for Maurissa Gunn and Riley Christian? Maurissa might’ve just hinted that she’s ready to hit the beach with the rest of the Bachelor in Paradise Season 8 cast.

Maurissa spoke with BachelorNation.com about what’s next for her. “I want Bachelor Nation to know that I’m still looking for love,” she said. “Love is the most important thing to me. I want a husband. Seriously, it sucks!”

“It really sucks, coming out of an experience where you think everyone is looking for that,” she added. “Especially when you think you found it, like a ring on your finger and everything. … I know this experience can work, but it takes two to make it work.”

With this in mind, will we see Maurissa on the beach in 2022? There’s a strong possibility, as plenty of past contestants join the show multiple times in the hopes of finding love. Because Maurissa was well-liked the first season and found love, we think there’s a good chance production will invite her back.

According to TVLine, the next season of the show is officially happening despite cancellation rumors. “They may have left their respective seasons [of The Bachelor and Bachelorette] brokenhearted, but now they have the opportunity to travel to a romantic paradise in hopes of turning a potential summer fling into the real thing,” the official logline states.

ABC hasn’t released the Bachelor in Paradise Season 8 cast or official release date for the next season just yet. Season 7 released on August 16, 2021. With The Bachelorette 2022 premiering on July 11, 2022, there’s a good chance fans will see Paradise premiere in late August or early September 2022. The show will likely go into October 2022.