“Dune” day has arrived in North America. For many film enthusiasts, it is the most-awaited movie of 2021; for the industry, even in a year of unknowns, it is one of its most uncertain events.

Denis Villeneuve’s take on Frank Herbert’s classic science-fiction novel vies with “No Time to Die” for most advance attention among October openings. A $50 million opening weekend would represent major success, but most estimates put it closer to $40 million or less. This month also saw “Venom: Let There Be Carnage” ($90 million), “No Time to Die” ($55 million), and “Halloween Kills” ($49 million) — three titles that represent 50 percent of the year’s top six opening weekends.

To convey not only what a strange time this is, but also theaters’ improving fortunes, consider this: Grosses to date for October represent about 80 percent of the total gross for the last two years.

As for “Dune,” predictions remain tricky.

Same director and genre; a similarly high level of niche interest; slightly better reviews (Metacritic “Blade” 81; “Dune” 77). Both budgeted over $150 million. “Blade” starred Ryan Gosling, Harrison Ford, Ana de Armas, and Jared Leto, and opened in the same month — October 2017 — to a disappointing $33 million even with little competition and the boost of a holiday weekend (as well as, of course, theatrical exclusivity). Based on those similarities, it suggests a $40 million opening would be impressive. 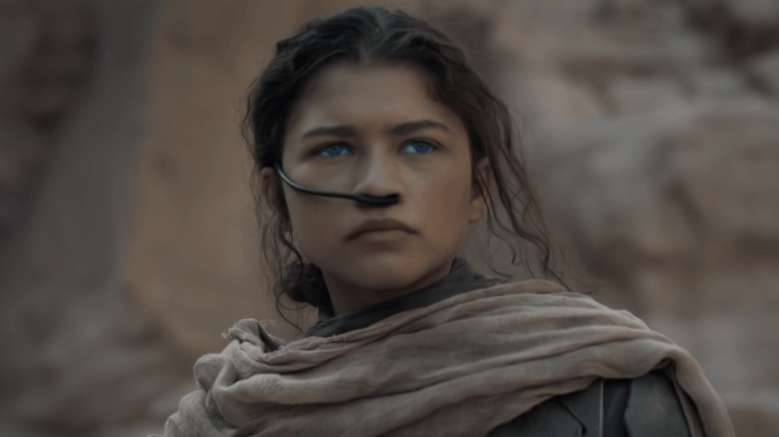 Chalamet is a social media darling; Emmy winner Zendaya is on the rise. Jason Momoa, Oscar Isaac, and Rebecca Ferguson all add heft. However, Chalamet’s profile has yet to yield significant box-office success. Domestically, his top performer (other than “Interstellar,” as a teen newcomer) was his strong supporting role in “Little Women.”

Being an actor, a media-savvy figure, and a stylish trendsetter established him as an impressive presence, but that may or may not translate to ticket buyers attracted to watching a big-screen epic. There is precedent with “Titanic” star Leonardo DiCaprio; Chalamet is two years older than the 22-year-old who made “Titanic” in 1997. At that time, DiCaprio was not a guaranteed draw. His biggest success was the 1996 “Romeo + Juliet,” which grossed just under $100 million (adjusted). Conventional industry wisdom said he couldn’t carry such a hefty production.

After two “Spider-Man” films, “The Greatest Showman,” and HBO’s “Euphoria,” the 25-year-old Zendaya is due for a film breakout. This also is a next-level opportunity for her. If this does well, she will deserve credit. (Warner Bros. has featured her prominently in their marketing, although in this film, Rebecca Ferguson has more screen time. Her role would be much larger in any part two.)

More films open day and date on streaming, but clarity has yet to follow. “Halloween Kills” thrived with a simultaneous streaming debut on Peacock; same-day HBO Max titles like “Cry Macho” and “The Many Saints of Newark” flopped in theaters. “Black Widow,” “Jungle Cruise,” and “The Addams Family 2” did well in theaters, but these were not streaming; they were Premium VOD.

Villeneuve is unhappy about the HBO Max availability, but beyond filmmaker preferences it could represent a challenge for its ticket buyers. They include older viewers who are more likely to have HBO Max and to think twice about being part of a crowded opening weekend.

“Godzilla vs. Kong” has the best same-day release with HBO Max ($48 million in five days, Wednesday opening; $31 million for three), followed by “The Suicide Squad” ($26 million). Since then, all Warner Bros. movies opened below $6 million.

“Dune” opened in 36 territories, primarily in continental Europe. Japan opened last weekend (#3 in the market, behind “Carnage” and “No Time to Die”). Total to date is $129 million. By comparison, “Carnage,” which opened later, grossed $119 million internationally; “No Time,” $348 million. While the domestic fanbase for “Dune” may be larger, only the U.S. opens day-and date with HBO Max and that reinforces the likelihood of a lower opening number. 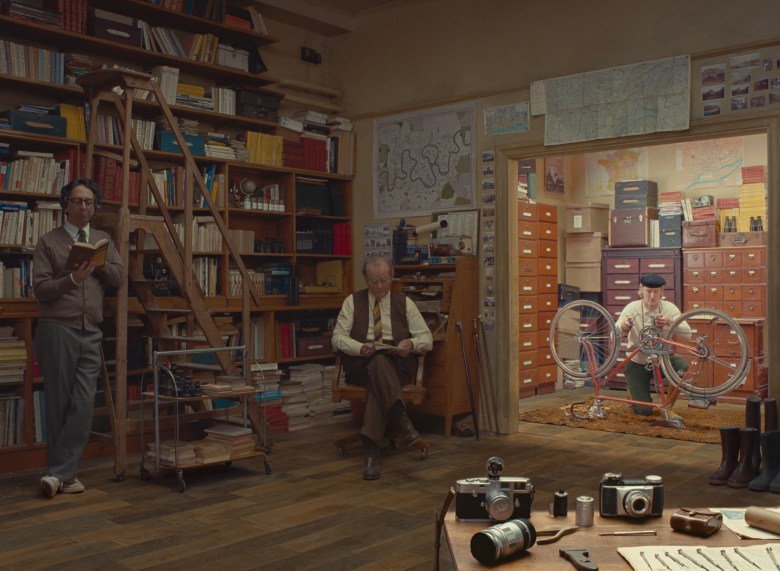 Although Chalamet is part of an all-star ensemble cast in “The French Dispatch,” the real draw is its director, Wes Anderson. It opens in 54 theaters and 14 markets, expanding the following week, with a minimum 45-day window. Chalamet could draw some fans on his own, but under current adult-reluctant conditions it’s unlikely that it will open to even $1.6 million — that’s what Anderson’s last film, the animated “Isle of Dogs,” grossed in 2018 in 27 theaters. “The Grand Budapest Hotel” in 2014 opened to an incredible $811,000 in only four theaters.

Reviews so far have been decent (Metacritic 78), but they fall short of “Isle” or “Budapest.” With specialized films facing tepid grosses overall, a strong performance would boost this struggling component.