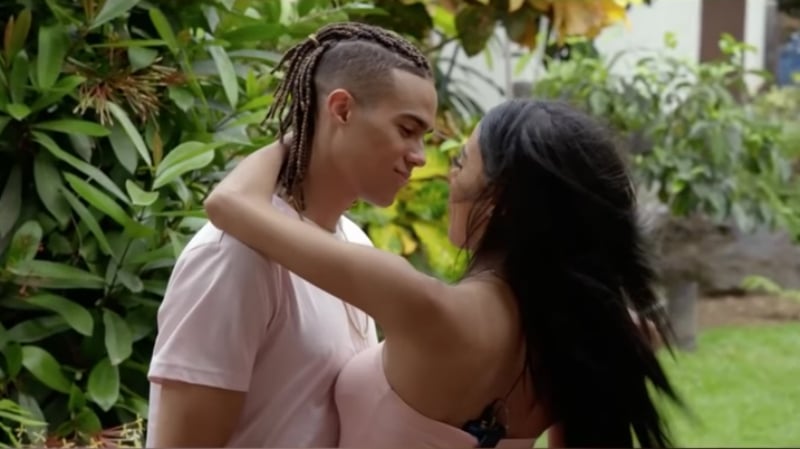 Season 7 of Are You The One is heating up as viewers try to decide if Tevin and Kenya are a perfect match. On Day 1, the pair believed that they might actually be a perfect match but now, the couple is headed for the Truth Booth to find out if they were right.

On Are You The One, the object of the show is to figure out which couples are perfect matches. Ten women and ten men are left to mingle, be single and eventually couple up on the MTV dating show, trying to figure who are considered soulmates prior to the show’s start.

How Are You The One? works

If all ten perfect matches can be made, the group gets to split a $1 million prize. However, there’s a bit of science that goes into making the matches and it’s not as easy as it seems to find the correct pairings for ten couples.

“The methods came from a combo of scientifically proven compatibility testing, as well as straight matchmaking,” EP Tiffany Williams told Entertainment Weekly. “The matchmakers got pretty deep into all of the contestants’ past relationship history, so they would do these interviews with the contestants and their family, friends, and exes. All that information was combined and analyzed.”

Are You The One? shoots for six weeks and in that time, there are ten match up ceremonies. That means ten chances for the group so couple up each perfect match in an effort to win the big prize.

Perfect matches can be confirmed in the Truth Booth, however, confirmation of matches is limited.

Are Tevin and Kenya a perfect match?

Prior to heading into the Truth Booth to find out if they are a perfect match, Tevin and Kenya made their feelings known. They both feel that they are on the “same page” and it looks like even if they aren’t correct about their status on the show, they made it clear that they still want to be together.

“No matter what the screen says — no matter what — you’ll have me. It doesn’t matter. I’m always going to be here,” Kenya told Tevin.

Of course, the episode of Are You The One? ended in a cliffhanger, leaving MTV viewers to wonder if Tevin and Kenya are a perfect match or not. The answer won’t be revealed until next Wednesday but that hasn’t stopped internet sleuths from trying to find out the answer beforehand.

According to Are You The One? spoilers from In Touch, Tevin and Kenya have to be a match. This is all based on an intricate spreadsheet set up to break down who might be matches and the odds of each one.

Previous post What Was Rachel Green’s Job? These Are the Jobs She Had on ‘Friends’ – The Cheat Sheet