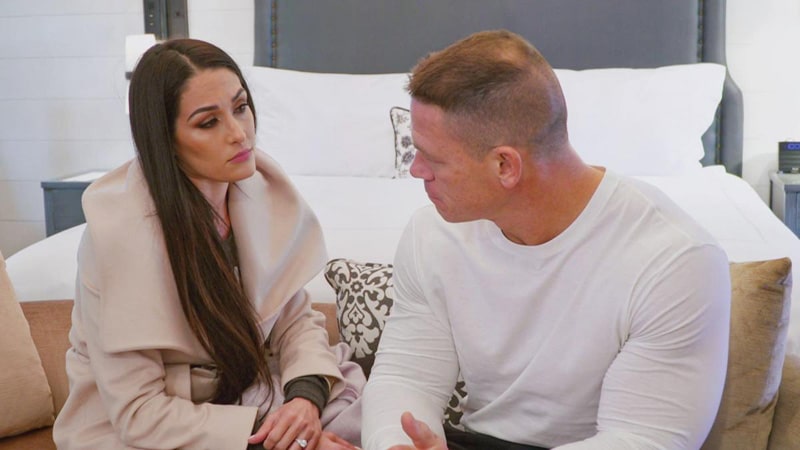 The roller coaster from Total Bellas has continued on after the show wrapped for the season. After they were seen shopping together this week, fans are now asking if John Cena and Nikki Bella are still together?

John Cena wrestled in Austrailia today at the WWE Super Show-Down but there are now reports that he was in San Diego this past week — with Nikki Bella.

After that, John Cena and Nikki Bella both flew to Austrailia for the WWE Super Show-Down. At that event, Cena teamed with Bobby Lashley to beat Elias and Kevin Owens while Bella teamed with her sister Brie and Ronda Rousey to beat The Riott Squad.

With that said, John Cena and Nikki Bella were spotted shopping together at a shopping center in Melbourne where the show took place.

This comes just shortly after Nikki Bella said that she is no longer speaking to John Cena since she ended their relationship.

Bella said that one of them would have to sacrifice their career, and with Cena now a big Hollywood star, Bella said she was not willing to give up her aspirations to be an entrepreneur.

So, with Nikki Bella and John Cena together in Austrailia on a shopping trip, it is obvious they are talking.

Bella said on an episode of Total Bellas that she is weak and can’t control herself when she is around Cena, so the fact that they were both booked for the WWE Super Show-Down show might have played into this.

Also, Wrestlingnews.co reported that John Cena was at a party that Nikki Bella hosted days after they announced their break-up in August and he spent time in San Diego where the two co-own a home together.

Maybe this is just Nikki Bella and John Cena preparing to lead fans through another crazy season of Total Bellas.