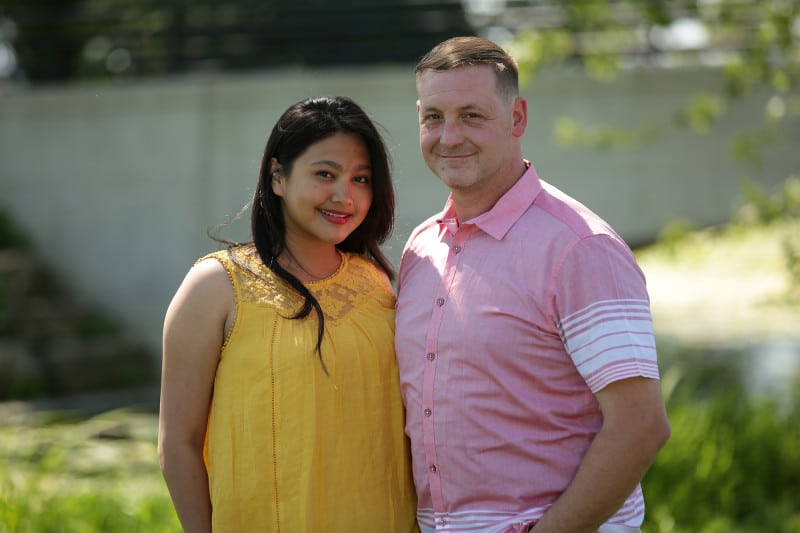 While many of the new 90 Day Fiance couples met in person, Eric Rosenbrook met Leida Margaretha on an international dating site.

Unlike many who make the trek to the U.S., Leida comes from a wealthy family in Indonesia and her first impression of Eric’s home in Wisconsin may have tempted her to run!

The couple met when Leida saw Eric’s personal ad while shopping for furniture online.  “I was looking for a chair,” she admitted to the Barbaroo News Republic.

The two hit it off and started communicating via online chat and video calls for seven months before Eric flew to Japan to meet Leida. Two days into the trip, Eric proposed and Leida accepted.

It was Leida’s idea to apply for 90 Day Fiance, something she didn’t think would become a reality.

“We never knew we’d get accepted,” she said. Both Eric and Leida were shocked when they did hear back and were chosen to be featured on the show.

In the 90 Day Fiance teasers, Leida suggests that Eric get a housekeeper after they arrive at his apartment and she finds it to be in total disarray. It seems that she’s used to a finer life and settling into Eric’s middle-class Wisconsin life and sloppy ways will be a source of drama for the pair.

Leida is some kind of renaissance woman, listing herself as a “Yen doc”, cosplayer, geek and gamer. When she met Eric, she was working as a teacher in Japan. Eric is a military guy, listing himself currently as National Guard but also as a former Marine Sergeant.

When you’re realize that your life is such a mess and all that you can think is just “get a maid” ? Wishing your maid can clean up your messy life ? ? . . . . . #90dayfiance #tlc #onlyontlc #90dayfianceseason6 #instagram #instaphoto #instagood #instapic #tlcgo #awesome #loveit #yay #tvshows #tv #drama

Eric and Leida are working to blend their families. Leida has one son from a former marriage that she brought to Wisconsin with her. Eric has three children of his own and despite Leida’s wealthy family and full life, they still question why she would want to marry their dad.

None of that has stopped the new 90 Day Fiance couple who some believe may already be married. Eric and Leida are definitely still together and even posted a family picture on October 4 from Washington D.C.

Based on Eric’s daughter’s body language, she still might not be comfortable with Leida as her stepmom!

Not only are Eric and Leida still together but they seem to be doing pretty well. Leida posts on social media a lot, giving us insight into their day-to-day lives. She is settling in and getting used to Wisconsin winters, something she’s sure to talk about as the days get colder.