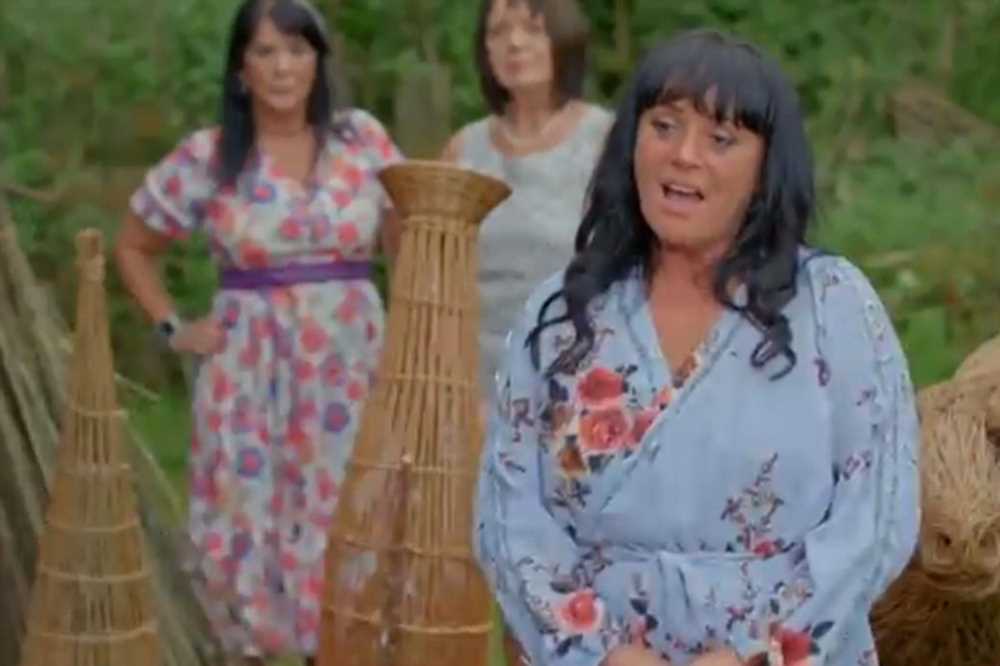 AN Antiques Roadshow guest was left stunned after a medieval stone head found in a DRAIN received a staggering valuation. 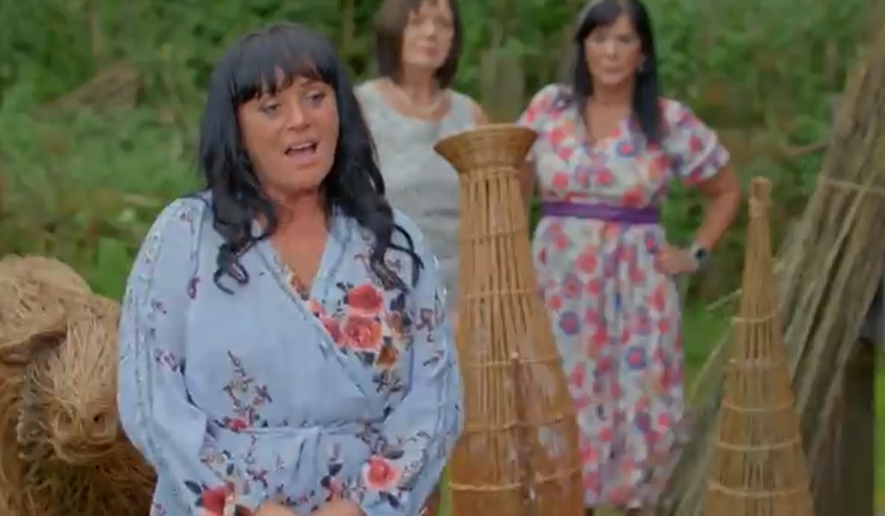 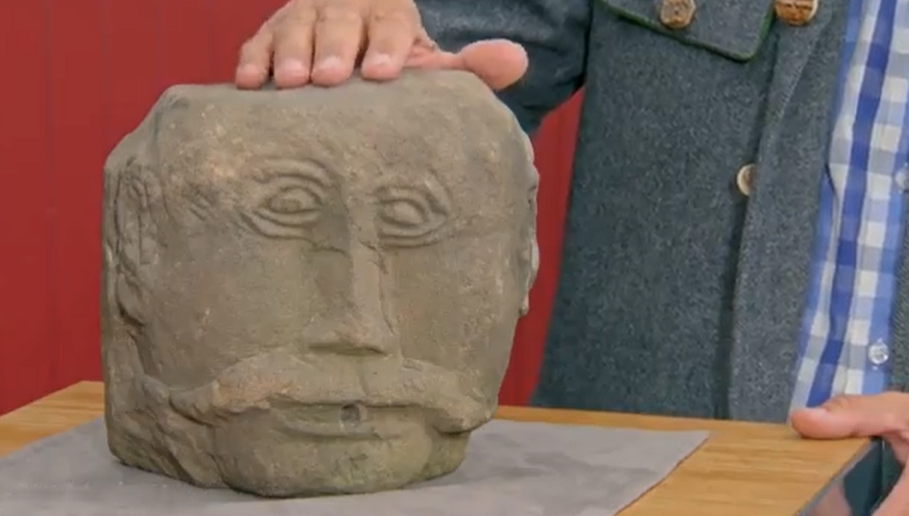 When asked how it came to be in her possession, she said: "I was digging up drains and I just so happened to dig down and hit stone, and I pulled him out and there he was."

Adam replied "good grief" before the woman explained how she cleaned the stone up and initially thought it was an old garden ornament.

She added: "But the more I cleaned him I thought, 'No I am not sure.'"

Commenting on the stone face's piercing eyes, Adam said: "I think to myself that here we are in Northern Ireland where the Celts existed and stone heads like this go back literally over 2,000 years. 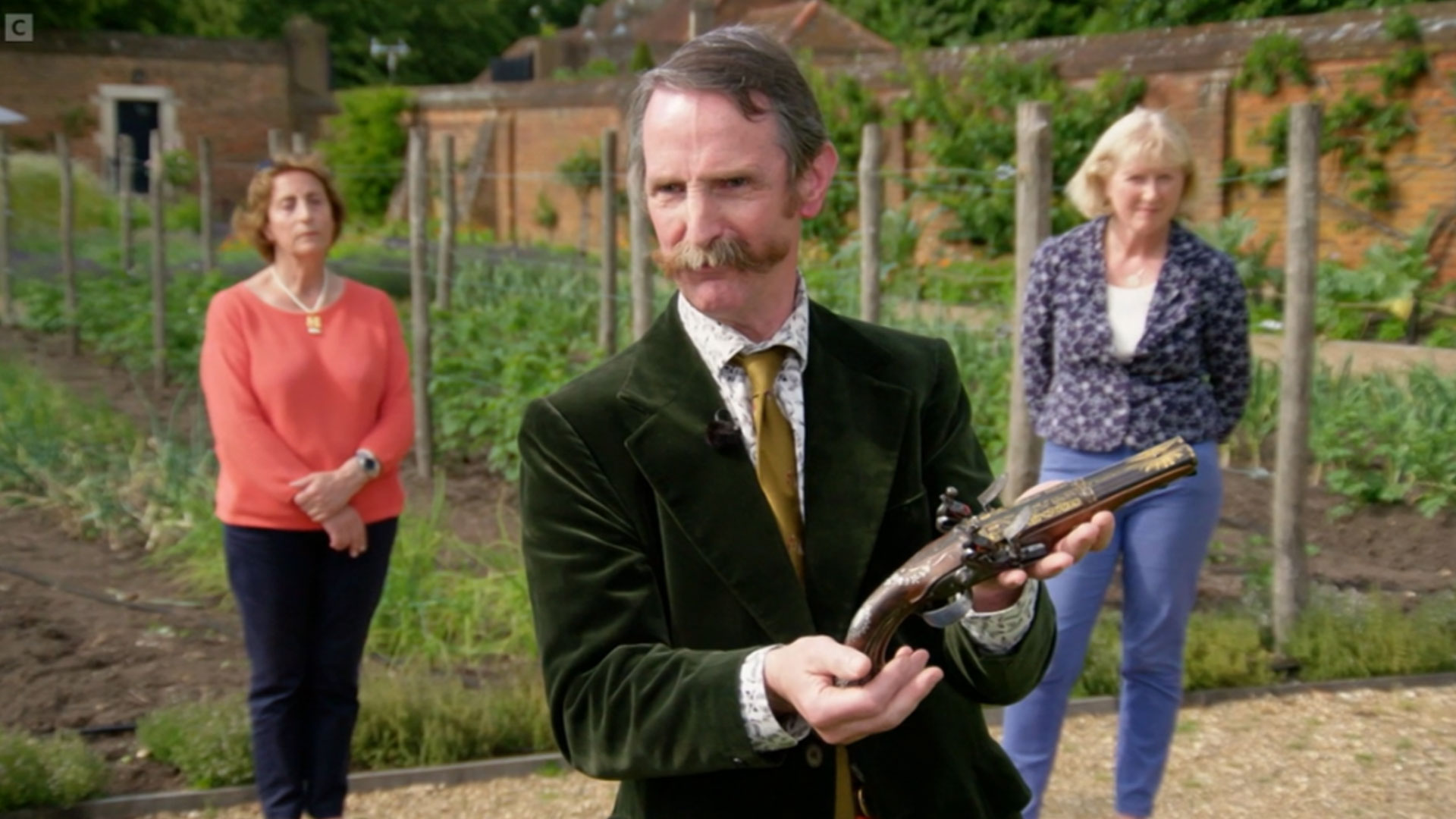 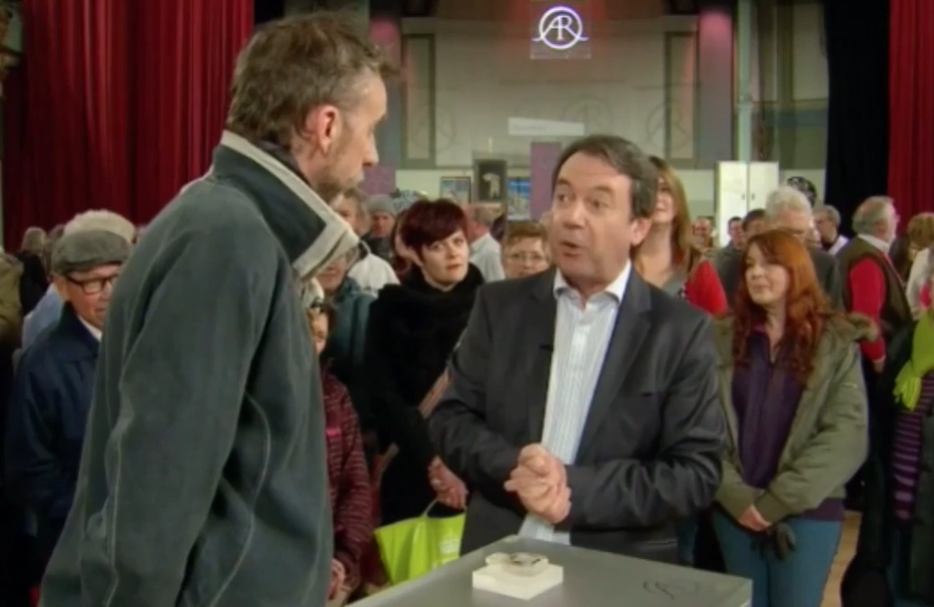 "The style of this one, I think, is third century AD."

Adam then explained how similar heads were found near Hadrian's Wall in the North of England where he lives.

He said: "But the difficulty of dating this one is that we have not found it in an archaeological context, it was in your drain."

He continued: "We have no written evidence as to what they were for or how they were used.

"But they are often found near water because beneath the surface spirit worlds and some people think these were used to communicate with the spirits."

Adam told the guest: "He has come to us in silence and can't tell us anything but that expression is fantastic."

When asked for her thoughts, she managed to reply: "That's brilliant, yeah." 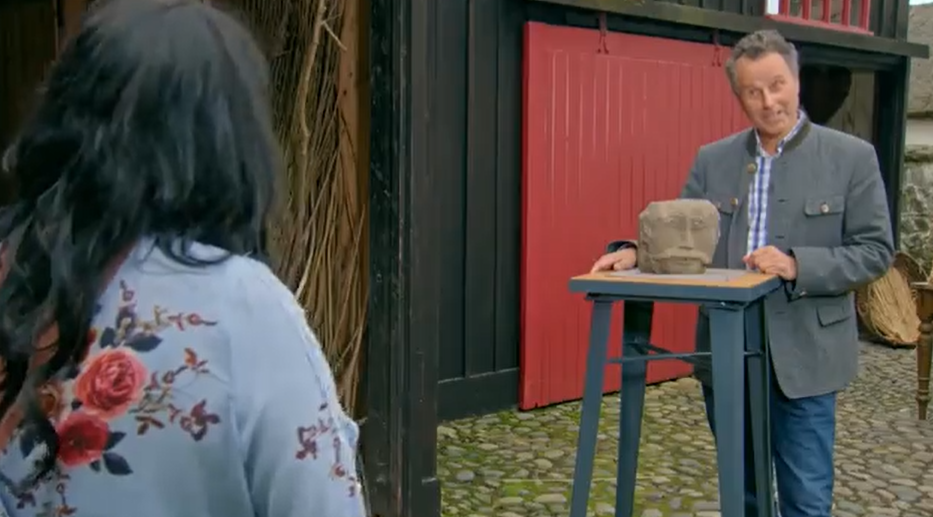 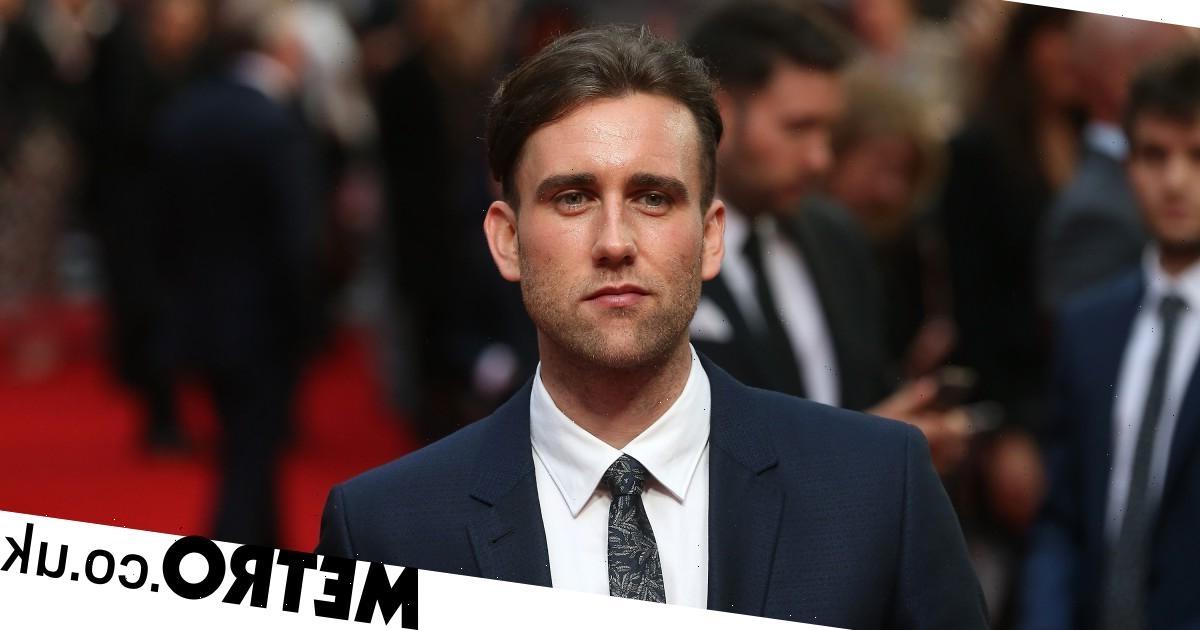 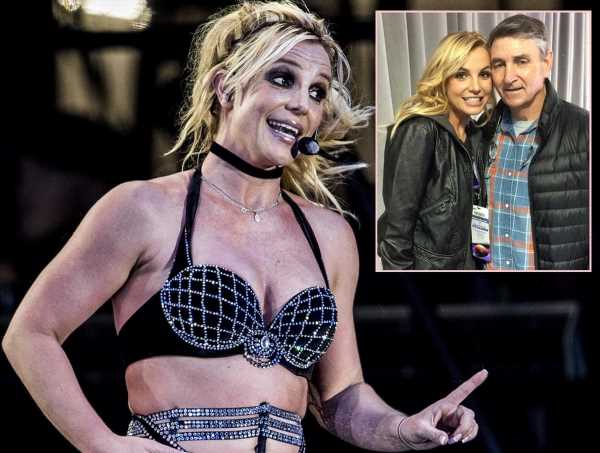