There have been plenty of Rolex watches presented on the Antiques Roadshow over the years but Ben Wright was particularly excited about one presented in December 2014 which was created for the Royal Navy. He pointed out the unique features of the wrist watch before revealing the guest who brought it onto the show would make an enormous profit if they sold it at auction.

Ben began: “So on the Antiques Roadshow sitting at my table, I get to see probably 10 Rolexs every time, most of which are little gold ladies watches which are worth very little indeed and the odd Rolex Submariner.

“Here today, you have very kindly brought in a typical example of a Rolex Submariner but standing in front of the camera filming, so there’s got to be something slightly unusual about this Submariner.

“Are you able to shed some light on it?”

“Well, as a youngster I read the James Bond books and his watch was a Rolex Submariner and I always wanted one,” the guest replied. 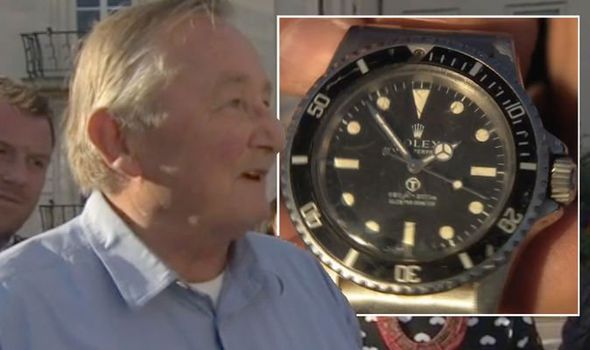 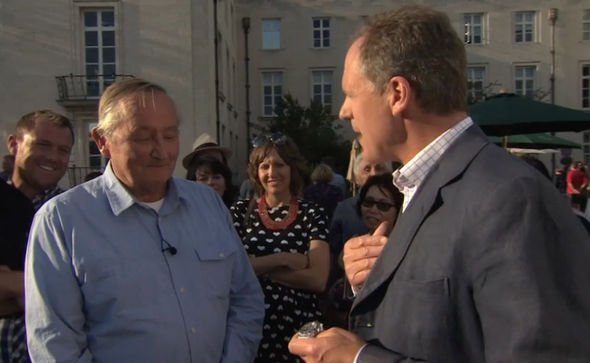 “A friend of mine who was a jeweller phoned me up 35 years ago and said ‘I’ve got one, are you interested in it?’

Ben replied: “Okay so you are right to mention James Bond because there is a Rolex Submariner which we call the James Bond model and it is super, super rare but this isn’t it.

“It’s better than that! On this particular Rolex it is has a giveaway mark, which is a T right there,” he continued pointing it out on the face of the watch. 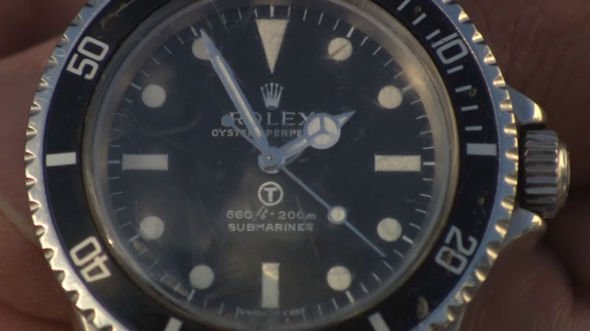 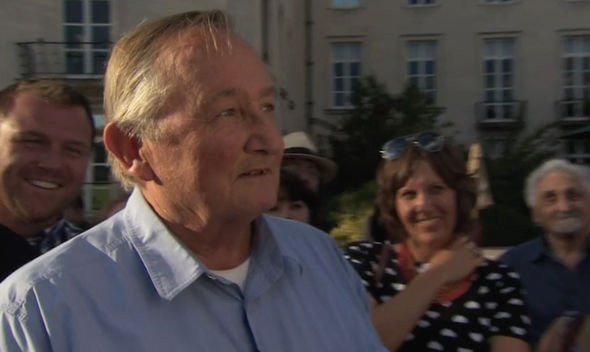 “Do you know what the T stands for? It stands for Tritium and the Rolex company were asked by the British government to make a certain amount of watches for the Royal Navy.

“Special watches for diving and they made them make them to a certain specification, and this is important.

“First of all, the lugs which hold the strap to the main body of watch were 2mm thicker than the standard Rolex watch. They also asked for the numerals around the bezel for the first 15 of them to be specified so the batons go one to 15.

“They also specified that the hands were slightly large sword shaped hands so they were more visible.

“Lastly they insisted the T was there for the Tritium which is the material the dial is made from. It’s a less hazardous material but they insisted on using the T for Tritium.

“And, very last, the serial number ends in 77 which is 1977 so they were made in very small numbers, we think approximately 500.

“And they were specially made for the special boat service.”

The guest exclaimed: “I didn’t know that, it’s unbelievable.”

“All of that makes it very cool doesn’t it?” Ben said. “A lot cooler than a James Bond watch in my opinion.

The guest simply said: “Wow,” as they were left blown away by the huge valuation.

“Tell us what you paid for it,” Ben asked as the guest revealed he’d spent just £400 on it.