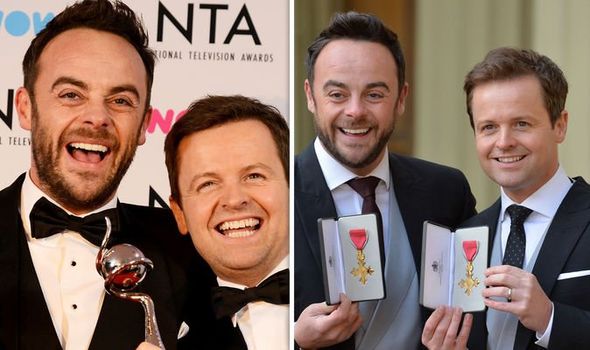 The National Television Awards (NTA’s) take place tonight at 7:30pm on ITV. The ceremony will take place at The O2 in London and will be hosted by comedian and author, David Walliams. Ant and Dec will be making their return to the NTA carpet after missing the ceremony last year.

How many times have Ant and Dec won NTA awards?

Ant and Dec have won 39 NTA awards in total since the awards ceremony began in 2001.

In 2009, there were no NTA awards but that has not stopped Ant and Dec from winning at least one or two awards every year.

Since the NTA’s were launched, the duo has won the award for Most Popular Entertainment/ TV Presenter, each year, a record-breaking 18 times.

Tonight, Ant and Dec are hoping to win the award for the 19th year in a row.

They are up against The Chase’s Bradley Walsh, Graham Norton, Holly Willoughby and Phillip Schofield for best TV presenter. 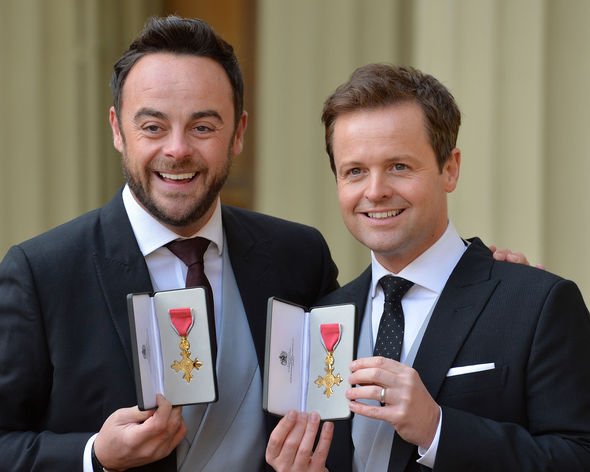 Alex Apati of Ladbrokes said: “It seems almost inevitable these days that Ant & Dec claim the Best Presenter gong and this year is certainly no different, with the pair’s odds at record lows for yet another win.”

Ladbrokes odds for the NTA Best TV Presenter are: 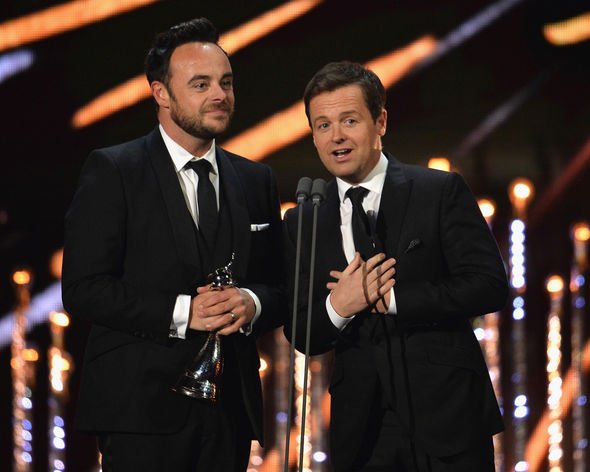 In 2019, Ant and Dec were shocked to win Most Popular TV Presenter, after Ant McPartlin had to step down from presenting duties in 2018.

He took one year off following a drink-driving conviction and to focus on his rehabilitation.

Holly Willoughby stepped in to present I’m A Celebrity..Get Me Out of Here! while Dec presented Britain’s Got Talent 2018 final without Ant.

Over the past 19 years, Ant and Dec have won Most Popular Reality Programme for I’m A Celebrity…Get Me out of Here! three times.

The show has also won the Most Popular Entertainment Programme award five times.

Jacqueline Jossa admits I’m A Celebrity has been ‘turning point’ 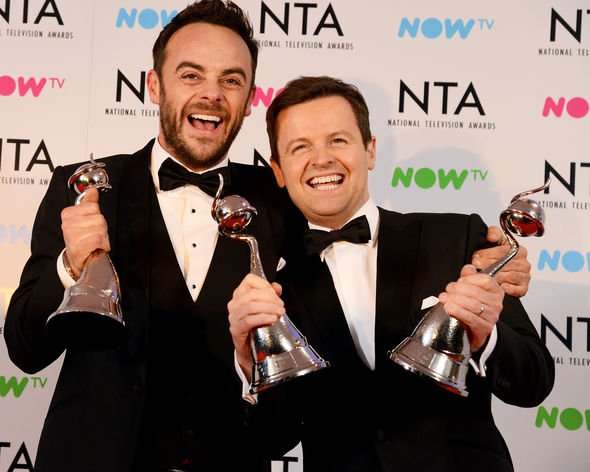 Ant and Dec’s Saturday Night Takeaway has won the award for Most Popular Entertainment Programme four times and for hosting pop idol, they won the same award in 2002.

In 2018, the duo won The Bruce Forsyth Entertainment Award for Ant and Dec’s Saturday Night Takeaway, an award named after the legendary TV presenter who passed away in 2017.

Last year, they won the award once again but this time around for I’m A Celebrity…Get Me Out of Here!

Ant and Dec have won the sPecial Recognition Award, the Most popular Quiz Programme and Landmark Award once.

You can watch the NTA Awards from on ITV and the ITV Hub.

The awards ceremony will air from 7:30pm until 10pm.

Don’t worry, if you happen to miss the ceremony you can catch up on the ITV Hub after the ceremony has ended.

The NTA’s will last for two and a half hours with 13 awards being handed out during the ceremony.

Here is a complete list of all of the award categories and the nominees: