The latest episode of Ant and Dec’s Saturday Night Takeaway saw the pair once again reprise their roles in the Men in Brown sketch. The sketch has been played out throughout the series and has followed the duo as they tried to work out which celebrity was an alien infecting humans with the “squits”.

After weeks of teasing, it was revealed Paul Hollywood was the alien and had been using his Portaloo to spread the “squats”.

Ant and Dec found his whole plan hilarious even joking about his portal being a “little toilet”.

Paul wasn’t impressed with their teasing and flushed the toilet which lead to bright purple beams coming out of it.

They then flew around a room packed with celebrities before entering their noses, mouths and ears. 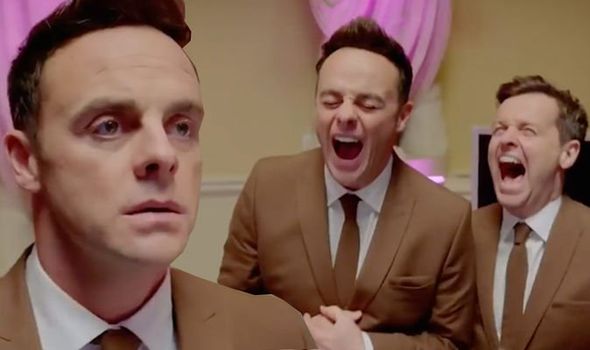 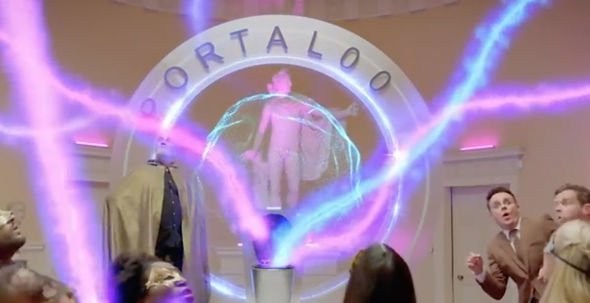 As Amanda Holden became infected with the “squits”, she exclaimed: “Infect the human scum.”

The celebrities all began to make their way towards Paul who now had control over them.

He ordered the stars to “stop” Ant and Dec for putting an end to his plan to spread the infection.

Unfortunately the sketch fell flat with many viewers who thought it was “inappropriate” given that much of the UK is on lockdown due to coronavirus. 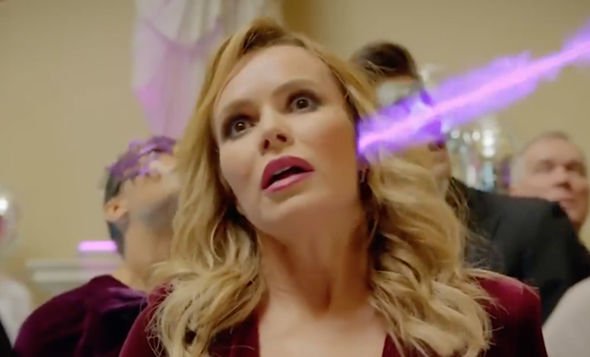 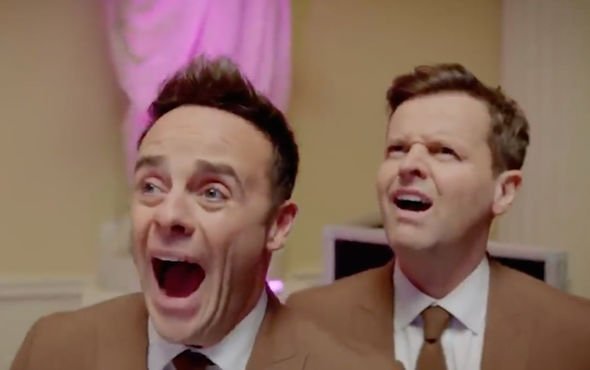 The country has been ordered to stay indoors and only leave for essential reasons such as if you are a key worker or need to go to the supermarket.

Many viewers felt the joke was ill-timed and took to Twitter to slam the sketch.

Another added: “Oooo finding this a tad inappropriate with the ‘infect the human scum’ lines #SaturdayNightTakeaway #antanddec.”

Someone else shared: “@antanddec on reflection do you think maybe that last sketch was slightly inappropriate in the current climate “infect the human scum” #SaturdayNightTakeaway #halfpints.”

However, many other Ant and Dec fans were quick to defend the pair insisting it was filmed months ago and they were not to know how the coronavirus situation would play out.

One viewer tweeted: “People crying about using the phrase “infect the human scum” need to get a bloody life.

A second added: “People are complaining about ‘infect the human scum’ line from Men In Brown sketch. Really? It was filmed months ago! #SaturdayNightTakeaway xx.”

“Are people actually moaning about the “infect the human scum” When this was filmed months ago. #SaturdayNightTakeaway,” a third commented.

The whole episode was filmed in advance due to Ant and Dec self-isolating amid the coronavirus pandemic.