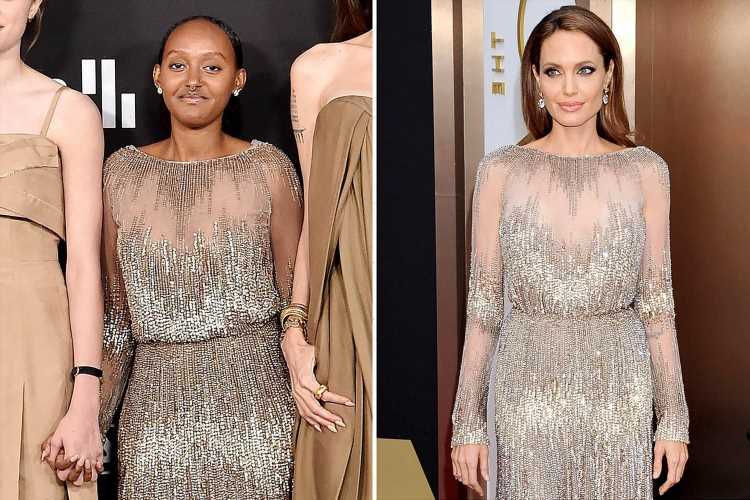 Zahara followed in her mother's footsteps as she made a rare public appearance alongside Angelina, 46, in Los Angeles on Monday. 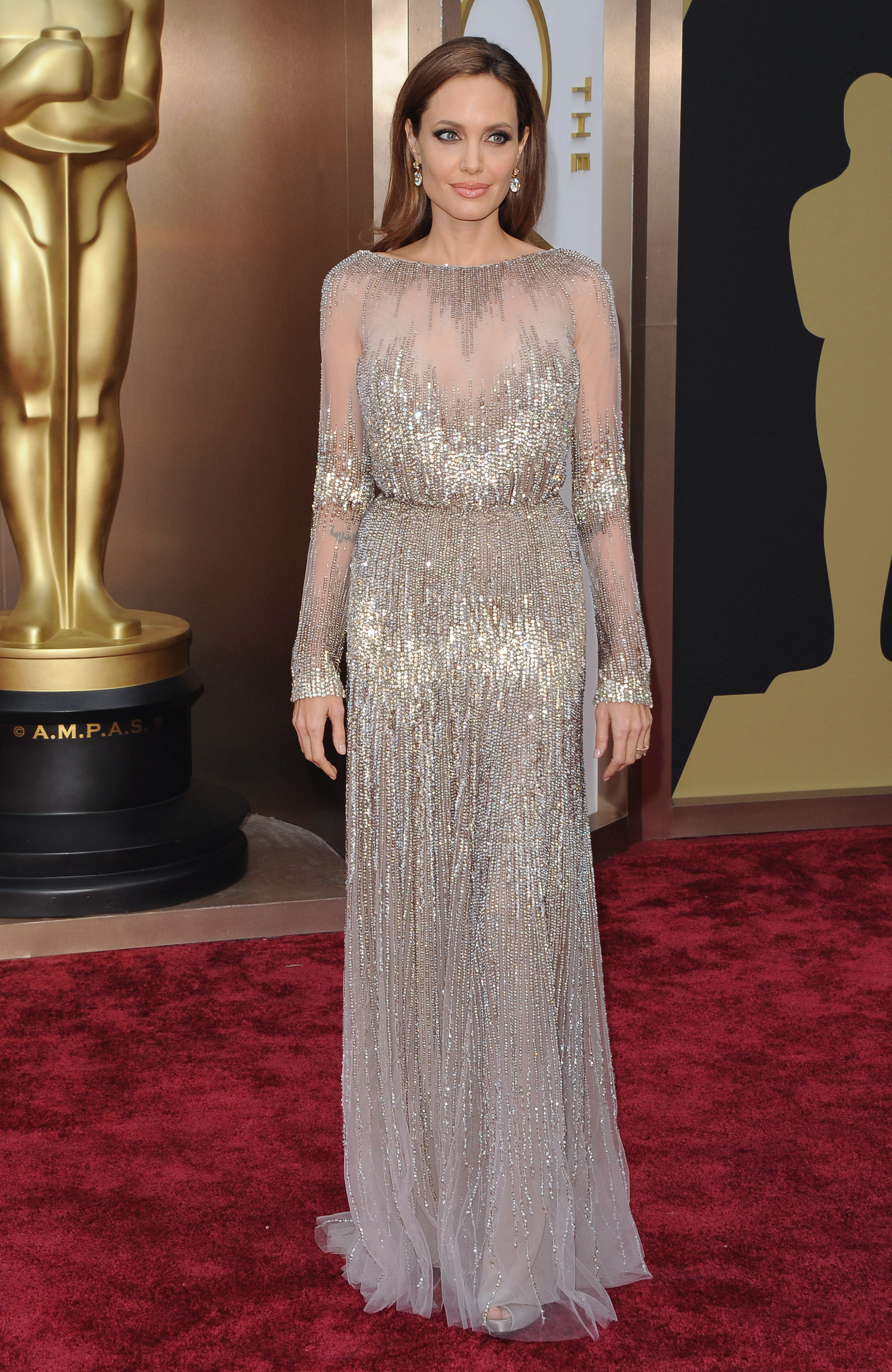 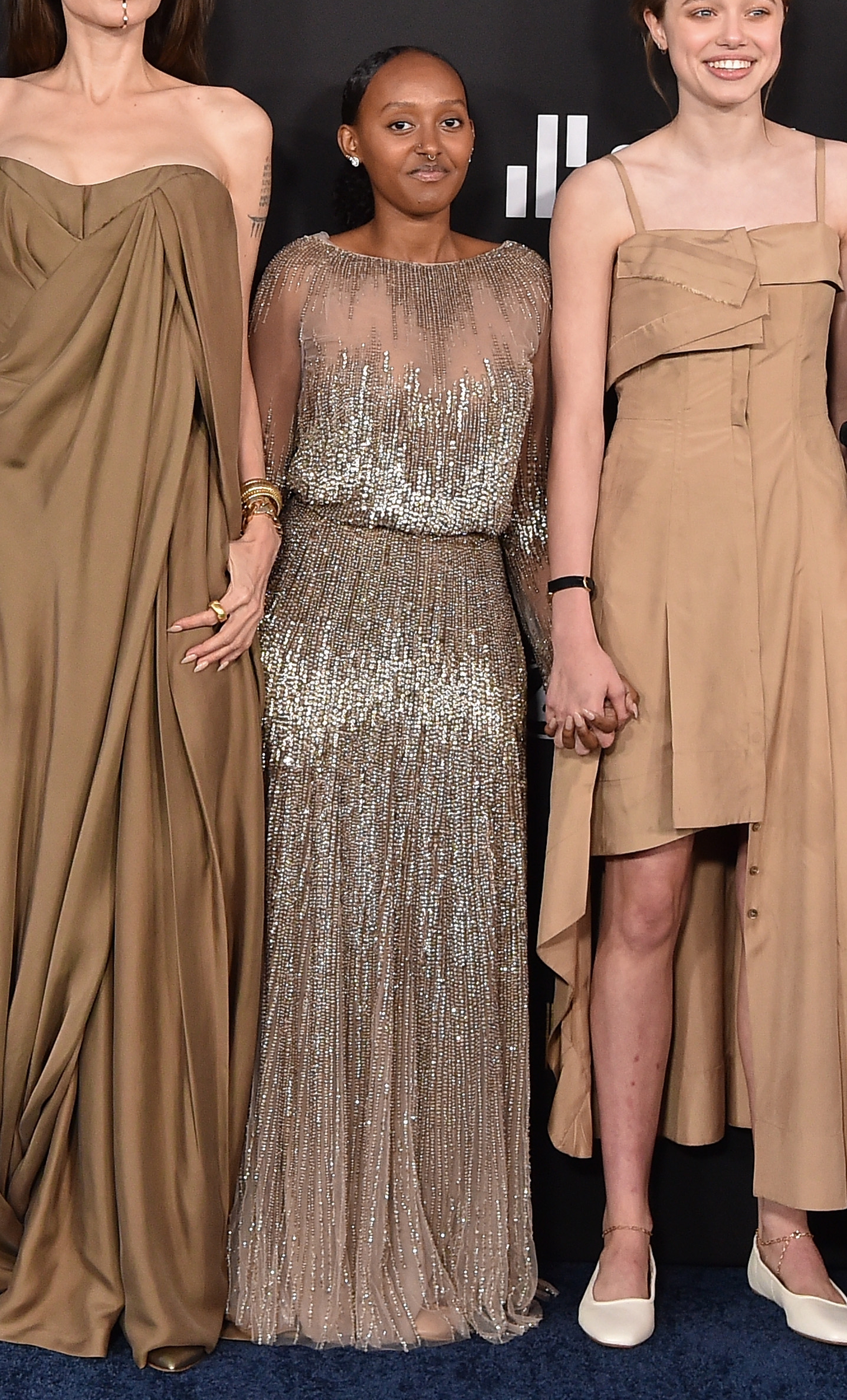 Angelina and Zahara were joined by five of her six siblings: Maddox, 20, Shiloh, 15, and twins Vivienne and Knox, 13.

Their brother Pax Thien, 17, did not join the family on the red carpet.

Angelina told ET: "My kids are all mixed with vintage, and in my old Oscars dress.

"We did all vintage and upcycled my old stuff."

Zahara and her sibling's appearance in the public eye was a rare one, and amidst Brad Pitt and Angelina's "irreconcilable differences" moving forward with their messy divorce in 2016 after 12 years together.

At the red carpet premiere on Monday, Angelina stunned in a billowing taupe gown, which she accessorized with a bold gold chin cuff.

She wore her long brunette down as it cascaded past her shoulders in sleek waves, while her toned arms and tattoos were on full display.

Fans on social media were divided over the eye-catching accessory – with some branding it “bizarre” and others arguing that “no one could pull it off… as elegantly” as her.

One person tweeted: “It could only be Angelina Jolie, couldn’t it?

"I wonder how quickly Primark can get them on the shelves."

The A-lister – the daughter of actors Jon Voight and Michaelle Bertrand – is known for her edgy style and regularly changing up her look.

But her ever-youthful appearing skin and stunning looks have raised eyebrows among fans over the years.

Some have questioned whether she's undergone cosmetic surgery – a claim Ange denied before her 2013 double mastectomy and breast reconstruction.

But experts have since cast doubt on her claim.

Alice Henshaw, owner of Harley Street Injectables, told The Sun there’s "no way" she'd have been able to maintain her wrinkle-free complexion without preventative treatment.

Alice said: “We believe her lips are natural but I would definitely say she’s had Botox, skin tightening treatment and maybe fillers.

“Angelina has definitely had injectables, but in a way that’s very subtle and immaculately placed, like J.Lo.”

Angelina reportedly "lights up" when she talks about The Weeknd – real name Abel Tesfaye – as he "poured on the charm" during their date nights.

The two allegedly had "dinner together" back in September as dating rumors continue amid the actress' nasty divorce from Brad.

A source told Us Weekly: "Both Angie and Abel are telling people that they are just friends, but those who know them think something romantic is going on."

According to the outlet, “friends believe things could turn romantic” between The Weeknd and Angelina who is still “playing down talk of anything serious.

“She’s definitely warming toward Abel He’s been pouring on the charm and going out of his way to impress her.”

Angelina and The Weeknd reportedly had "dinner together" at the Los Angeles Italian restaurant, Giorgio Baldi.

The two apparently spent about two and a half hours at a private section inside the restaurant.

The duo reportedly arrived at the eatery separately but walked out with him and hopped into a black SUV waiting for them.

Angelina wore a black double-breasted trench coat and carried with her a Yves Saint Laurent purse.

Meanwhile, The Weekend wore a black jacket with skinny jeans and boots. 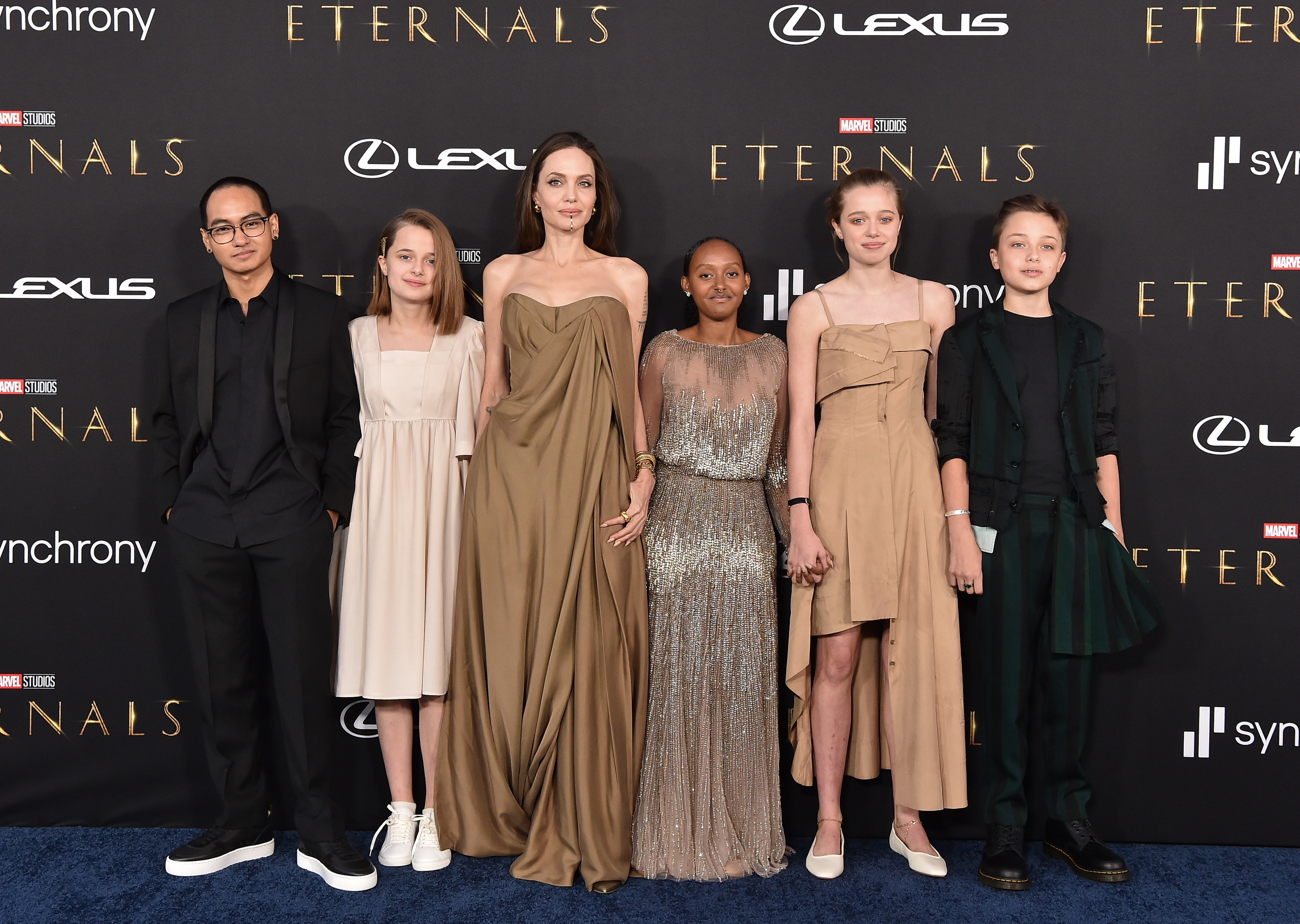 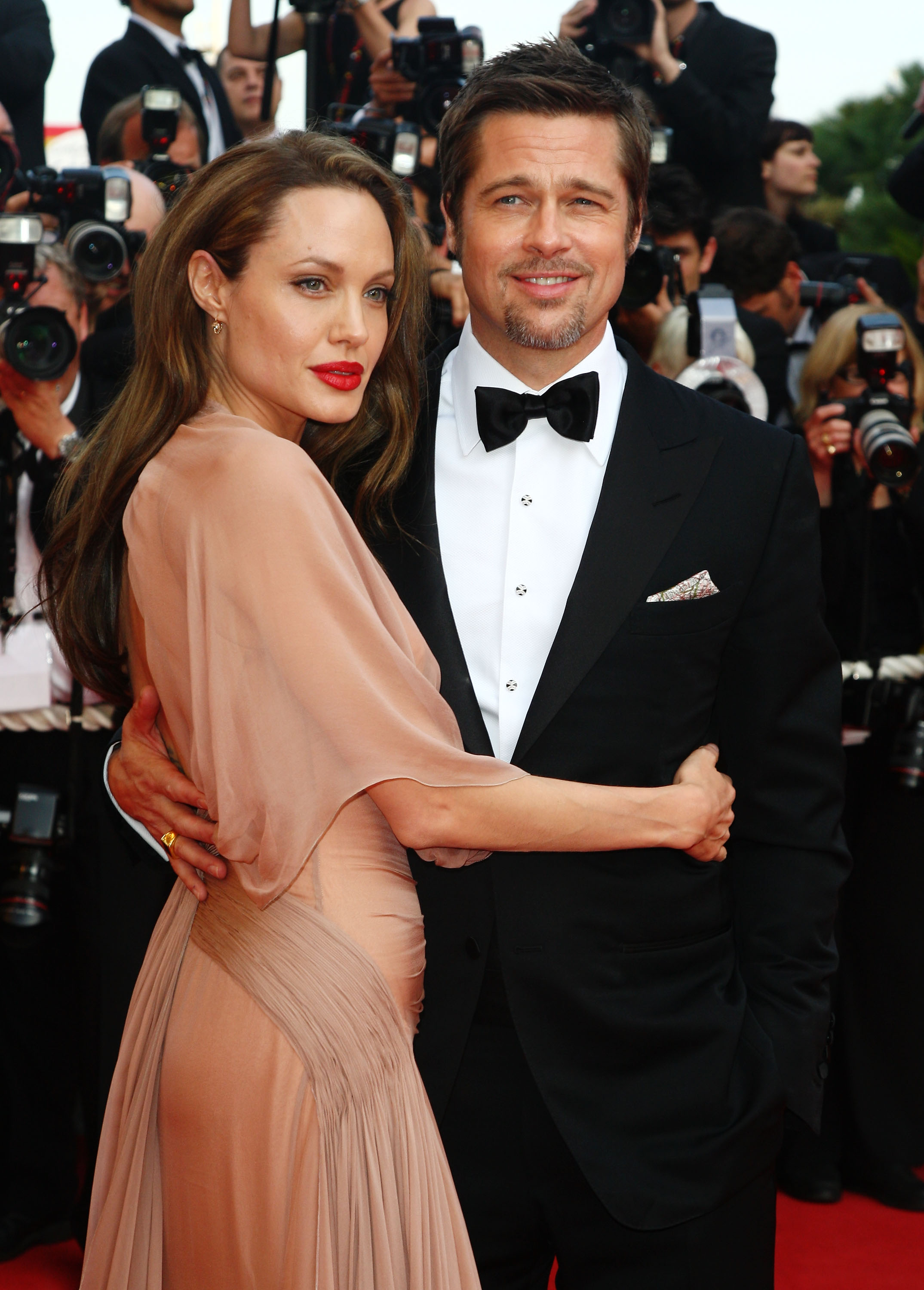 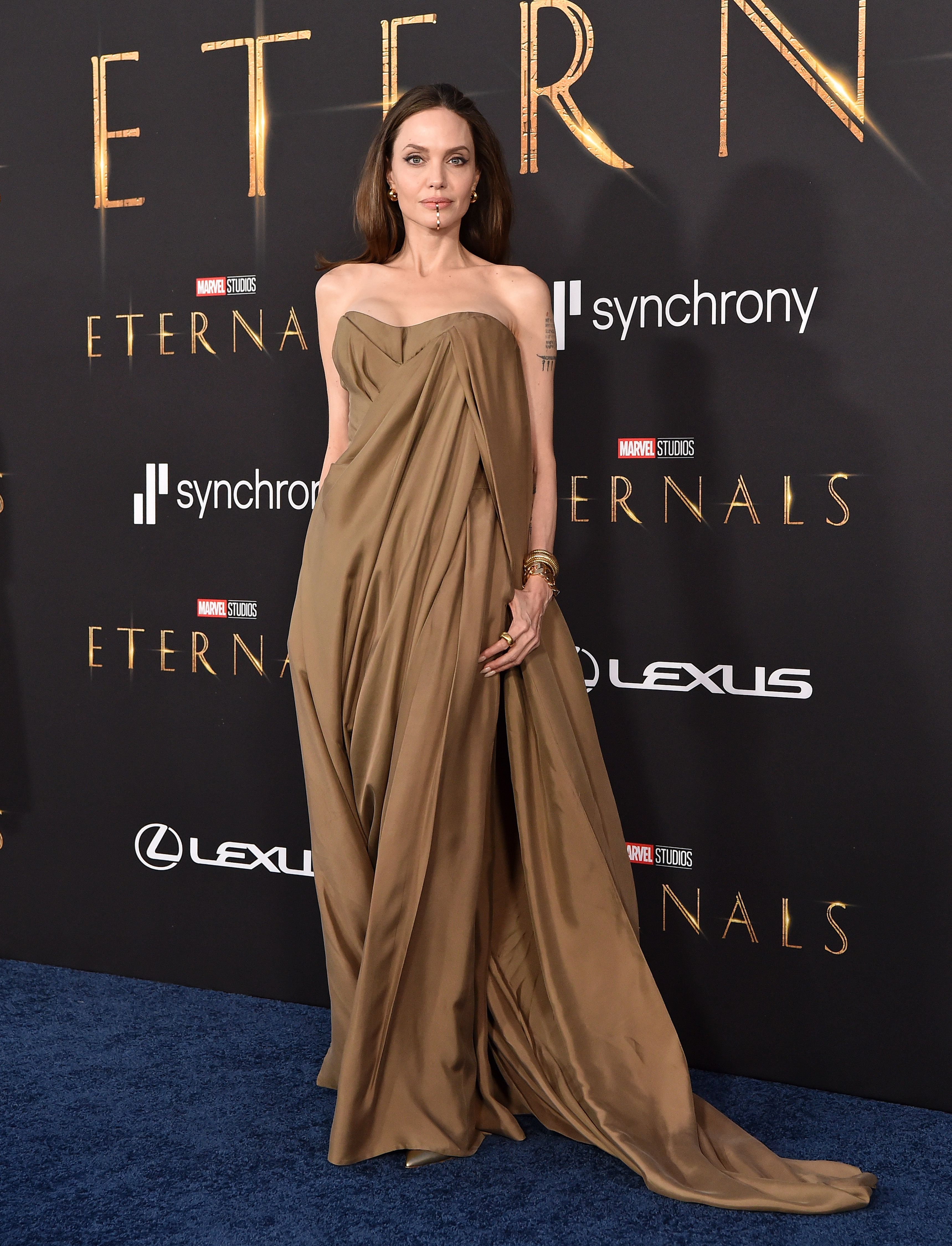