America’s Got Talent was a winner for NBC as the live quarterfinals brought the network to ratings and viewership glory Tuesday in broadcast primetime. The two-hour episode of the talent competition was the highest-rated and most-watched program Tuesday, drawing in a 0.8 rating in the 18-49 demo and 6.60 million viewers, per Nielsen Live+Same Day fast affiliates.

Over at Fox, LEGO Masters (0.4, 1.39M) dropped from last week, and Fantasy Island fell from its debut by a tenth in the demo and 12% in viewers.

ABC’s primetime lineup consisted of a Home Economics marathon, which averaged a 0.2 demo rating and 1.17 million viewers over its three-hour run.

CBS earned the evening’s second-most watched program spot with NCIS (0.3, 3.38M). Reruns of FBI and FBI: Most Wanted closed out the network’s evening. 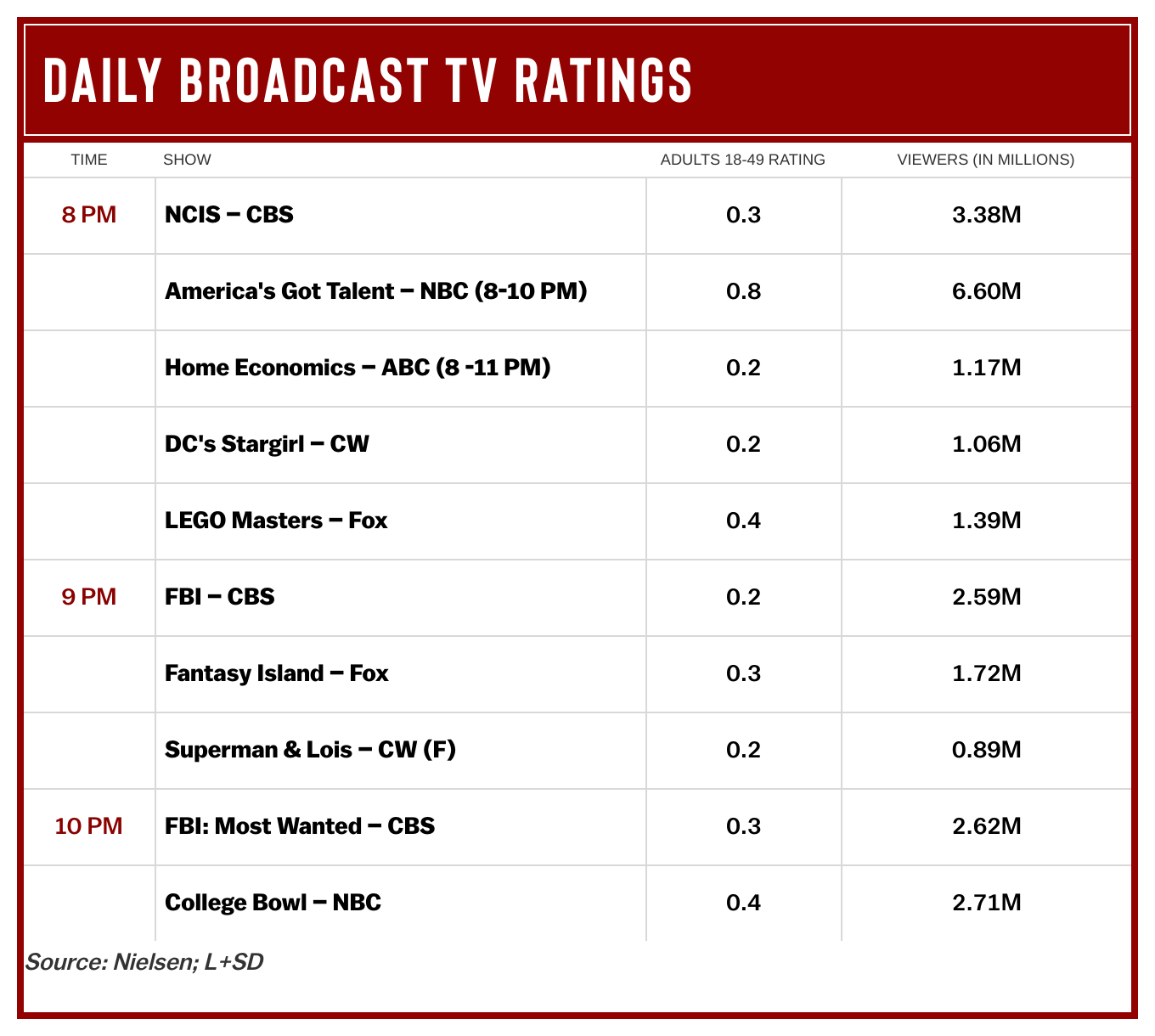