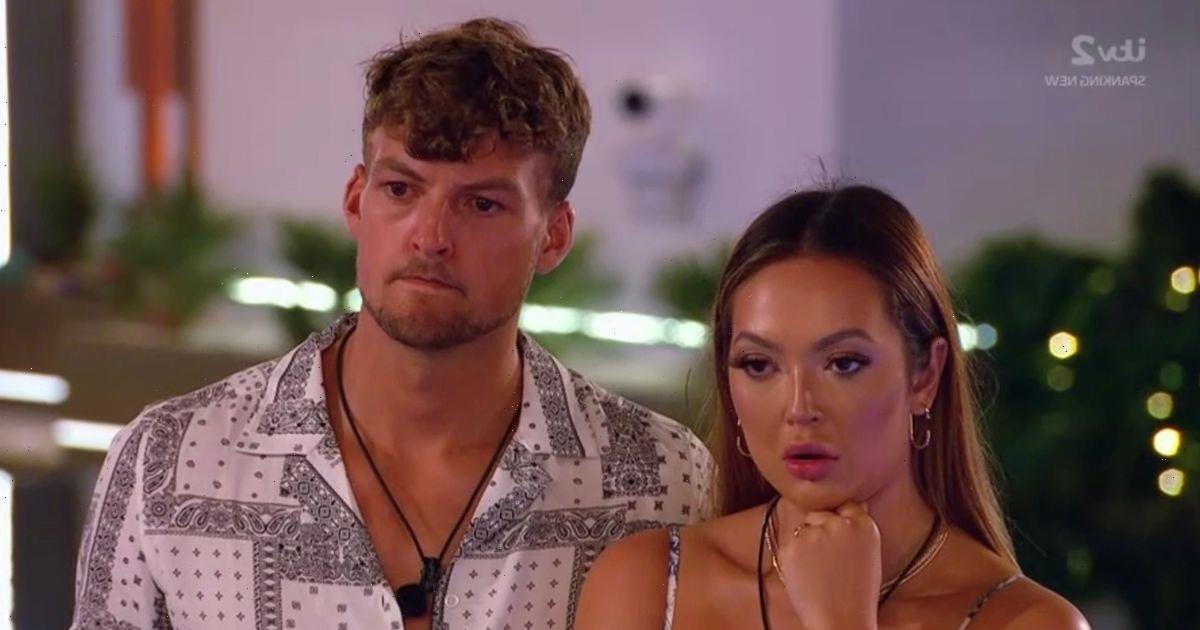 The outspoken star, who won Love Island 2019 alongside then boyfriend Greg O'Shea, took to her official Twitter on Wednesday evening as she watched the latest episode on ITV2.

As the show played out, viewers watched as Geordie Brad decided to give himself up and leave the villa after he and Lucinda were voted the least compatible couple.

The decision lead most of the original cast members breaking down in tears.

Posting to her army of followers, Amber wrote: "I need the girls to stop crying because I know for damn sure Sharon was pretending to like Hugo to save herself! #loveisland."

Replying to Amber, one fan wrote: "They’ve got nobody to say it to them straight this year and give them tough love like you and Anna would.

"It’s so weird seeing them all crying all the time."

Another added: "She was legit sending shots his way last week."

Meanwhile, a third chimed in: "I CANT BELIEVE THEY EVEN COUPLED UP AFTER THE WAY SHE ACTED TOWARDS HIM."

Sharon and Hugo have had a rocky ride during their time in the villa.

The pair locked horns last week after Sharon saw red during a game of truths by the fire pit.

Islanders were asked to answer a string of questions about what they like and don't like in a partner.

Hugo said he wasn't into fake girls – meaning both personality and looks.

The comment saw Sharon let rip, ranting so much at the the former teacher that she reduced him to tears.