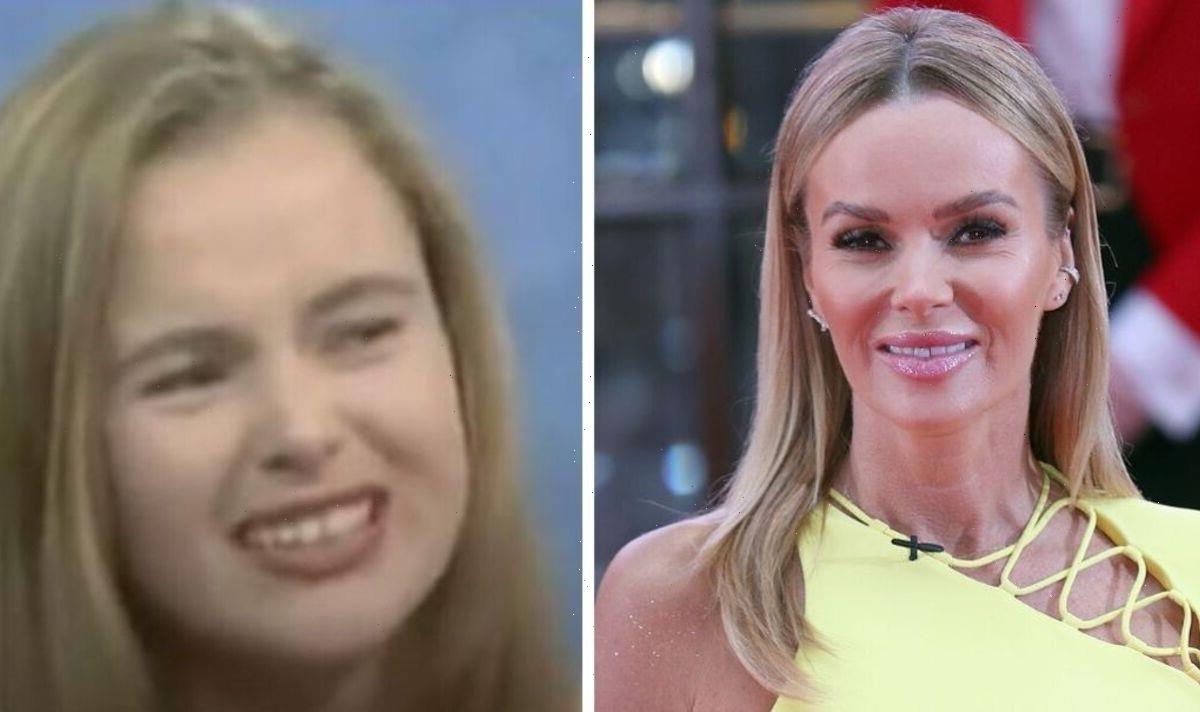 On Thursday’s instalment of Morning Live, hosts Gethin Jones and Sam Quek welcomed Amanda Holden onto the show. Appearing via video link, the 51-year-old spoke about the new series of I Can See Your Voice. However, during their chat, the star made a confession about her TV past.

Appearing on the BBC show from the studio of Heart FM, Amanda was speaking about the second series of her popular singing competition.

The 51-year-old is a celebrity investigator alongside comedian Jimmy Carr and presenter Alison Hammond.

During the show, they have to try and help teams playing for a cash prize distinguish the difference between the good and bad mystery singers.

Touching on the success of the show so far, she told Morning Live’s Gethin and Sam that she gets messages from people when it’s on air.

She said: “I get so many youngsters going, ‘Oh my god, we get ready to the show before we go out’.

“Like you and I, I think, used to get ready to Blind Date I suppose before we went out.”

Jumping in, Gethin decided to clear up some rumours that he once appeared on the 80s dating show that was hosted by the legendary Cilla Black.

He commented: “This is a good time to tell everyone that I wasn’t, I didn’t get chosen and I wasn’t number three, but that’s another story!”

Although the BBC presenter clarified that he wasn’t on the show, Amanda jumped in to make her own TV confession.

She said: “I was on Blind Date! I was number two and I didn’t get chosen, but then I did do a weird Christmas Special.”

Shocked at her admission, Gethin shouted: “What?! They didn’t choose Amanda Holden?!”

Laughing at her snub, she jokingly replied: “They had a lucky escape.”

The radio presenter made her debut on the dating show back in 1991 when she was only 19 years old.

Appearing in a black mini dress and blonde bob, the teen told Cilla Black she’d like to have a “knees up” with Jack Nicholson as she revealed she liked to experience mature men.

However, when it came down to it the male contestant Barnaby Hands didn’t pick Amanda and decided to go with another female on the show instead.

Speaking to Mail on Sunday last year about rejecting one of the most well-known faces on TV today, Barnaby admitted he still gets teased 30 years later.

He said: “When she became famous everyone kept telling me, ‘You idiot!’

Although Amanda wasn’t lucky in love on Blind Dates, she went on to marry comedian Les Dennis in 1995.

The couple split in 2003 and she’s since married record producer Chris Hughes and they tied the knot in 2008.

Speaking about the latest series of  I Can Hear Your Voice, Amanda told the presenters they have great fun while filming the show.

She said: “It’s different from being a judge, I always think it’s just like us being on Gogglebox.

“We’re just sort of sat there watching and trying to guess as much as we possibly can along with people at home.

“It is a guessing game and you are doing everything you’re taught not to which is judging somebody by how they look and because of that it’s quite funny, the humour is a little bit more edgy.”

Morning Live continues weekdays on BBC One from 9:15am