Sadly, Taylor Sheridan’s equally successful Yellowstone spin-off set in fading west of the late 19th Century won’t be returning for a second season. This may have come as good news for the show’s star, Faith Hill, however, who recently admitted to Kelly Clarkson the Montana climate was nearly unbearable during production on the Paramount Network drama.

Country Western icon and actress Faith appeared on The Kelly Clarkson show recently to talk through some of the toughest moments from the set of 1883.

As Faith is from the south herself, she quickly grew accustomed to the hotter parts of the film shoot.

However, the entire cast had to remain outdoors for several lengthy sequences, which proved nearly impossible when the production moved up to Montana.

Faith told Kelly: “I’m from Mississippi, so the humidity, the heat… I could deal with it. Texas, though…” 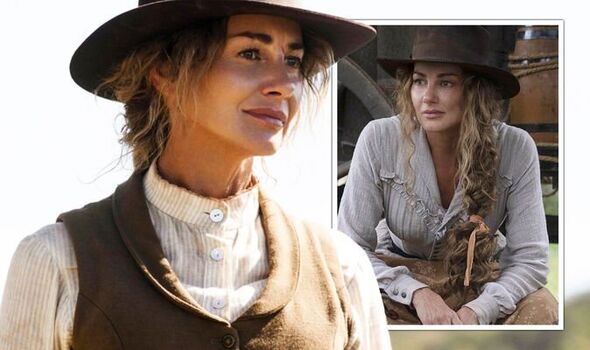 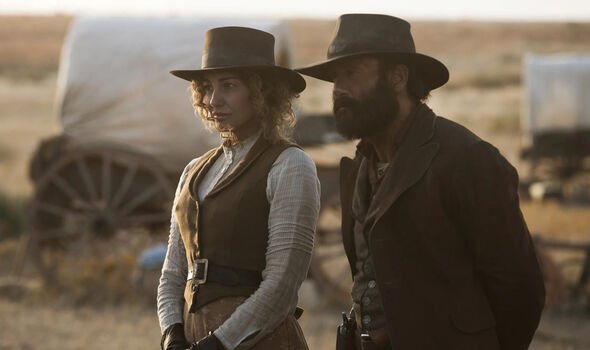 “It’s God’s hairdryer,” Kelly joked, getting a hearty chuckle from her guest.

“That’s good!” Faith exclaimed. “But the cold, the wind combined with the cold in Montana was almost too much to bear. It really pierces your entire everything.”

The Country singer starred with her husband and fellow musician Tim McGraw in the hit limited series.

They portrayed James and Margaret Dutton, the ancestors of John Dutton (Kevin Costner) and his ranch-owning family which leads the mainline Yellowstone series. 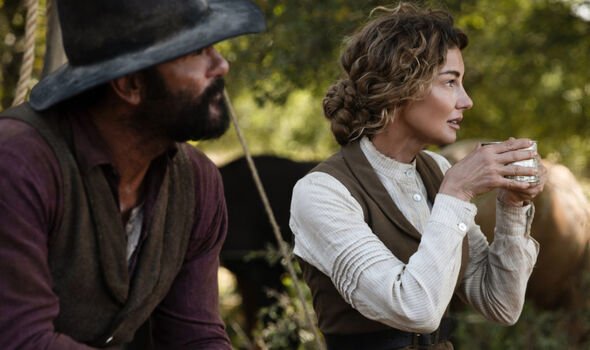 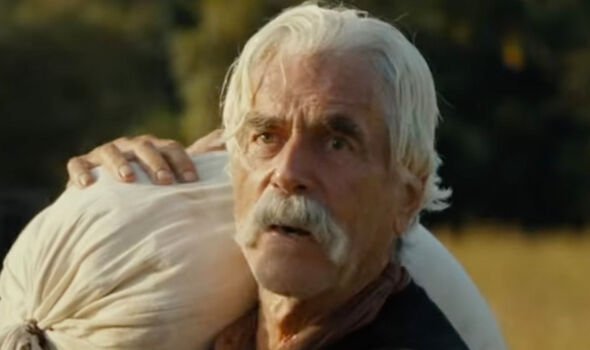 Margaret’s world is thrown off its axis when she and her husband flee their home in Texas from poverty and are taken along the Oregon Trail by ageing cowboy Shea Brennan (Sam Elliott).

Faith also revealed she had a surprising rule for her husband Tim when the husband-wife duo acted opposite each other.

“My rule with Tim, I said, ‘Look, if we’re going to do this together we cannot run lines together ever’,” she explained.

“‘We cannot talk about the scene that we’re filming tomorrow ever.’”

Kelly was rather baffled by her unconventional approach to rehearsals: “You wanted it to feel fresh and you wanted it to be something else, separate?”

“That was, in my opinion, the only way for me to feel real and authentic,” Faith confirmed.

The Country star wasn’t the only one who had issues with 1883’s setting, as Faith’s co-star Sam also confessed to struggling through the cold.

“We go up to Montana and it’s f*****g freezing cold. I mean cold,” he told the Official Yellowstone Podcast.

“And I don’t have a lot of clothes on, I’m wearing, like, a pair of pants and a jacket for most of the thing. And a vest and a shirt.

“We got layered up out there, of course. But there were times when it rains just enough to get wet, and then it started to ice up.

“I just remember thinking ‘What the f**k, man? Am I gonna die on this trail?’”

Thankfully, the whole cast managed to survive the intense weather conditions, though this could likely be the last time fans see Shea and the early Duttons.

Yellowstone seasons 1-3 and 1883 are available to stream on Paramount+.