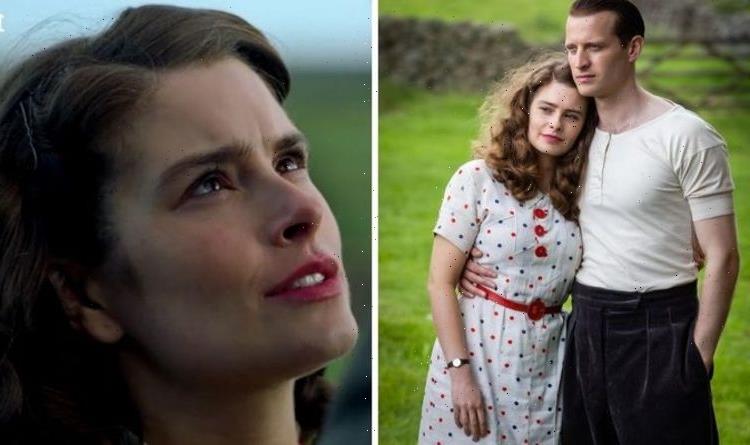 Season two of All Creatures Great and Small came to an emotional end on Thursday night. The heartwarming farming series has gone down a storm with Channel 5 viewers since it launched. However, fans of the Yorkshire-based drama have called for a major change to the show after season two finally left them feeling “gutted”.

When All Creatures Great and Small arrived on our screens last autumn, the charming series proved to be perfect viewing for pandemic escapism.

The Channel 5 series made its highly-anticipated return for its second season this September, with new episodes for fans to watch.

Thursday marked the season two finale, but viewers were left disappointed that the wholesome drama had come to an end “too soon”.

There were just six episodes in the series and fans took to social media to tell Channel 5 bosses they wished there were more episodes.

David Bushnall commented: “@channel5_t, do us a favour and make more episodes of All Creatures Great & Small please as six episodes are clearly not enough. Brilliant show, brilliant cast.”

Fritha added: “Sign of a cracking drama is when the final episode comes too soon. #ACGAS”

Carole-Anne added: “The last in the series already? Nooooo!!!”

Jill said: “All of the emotions in tonight’s finale of #ACGAS. Please do another series quickly!”

Christianne Hemming quipped: “FINALE??? It’s only been back on for five minutes!!!

“Becky Connolly added: “The series needs to be at least twice as long.”

Sarah Inman joked: “That’s gone by in a flash! They really will have to make S3 10 episodes long.”

Vickster 51 said: “It’s time for #AllCreaturesGreatAndSmall but I’m gutted it’s the last episode of this series.”

Cara concluded: “Gutted that this is the last in the series.”

All Creatures Great and Small on Channel 5 was adapted from the original Alf Wright books with actor Nicholas Ralph portraying the famous vet himself, James Herriot.

The new version told the same story as both the books and the original show, starting with James joining veterinary practice Skeldale House which was run by Siegfried Farnon (played Samuel West).

As well as the everyday work of tending to various farm animals, the show depicted a simpler time where communities thrived together.

There was also the matter of James’ ongoing blossoming romance with Helen Alderson (Rachel Shenton) which continued to keep fans hooked.

With the show’s growing popularity, it shouldn’t come as a surprise to know there should be a third season.

Even though Channel 5 hasn’t officially confirmed this, showrunner Ben Vanstone revealed this was the plan.

To get fans even more excited, he stated work is already being carried out on the next series.

A Christmas special has already been filmed and is scheduled to air before the end of 2021.

All Creatures Great And Small episodes can be streamed on My5.