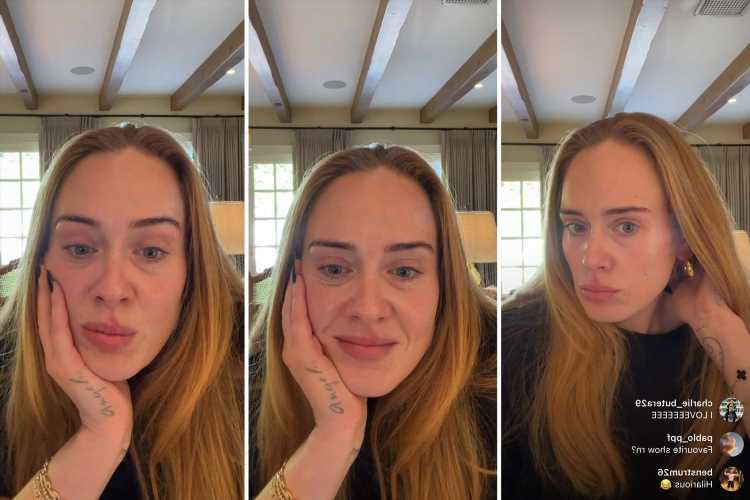 ADELE gave fans a rare treat tonight as she appeared live on Instagram and played a snippet of her new album '30' tonight.

The superstar singer, 33, went makeup-free as she candidly chatted to over 100,000 fans on a livestream from her home in LA. 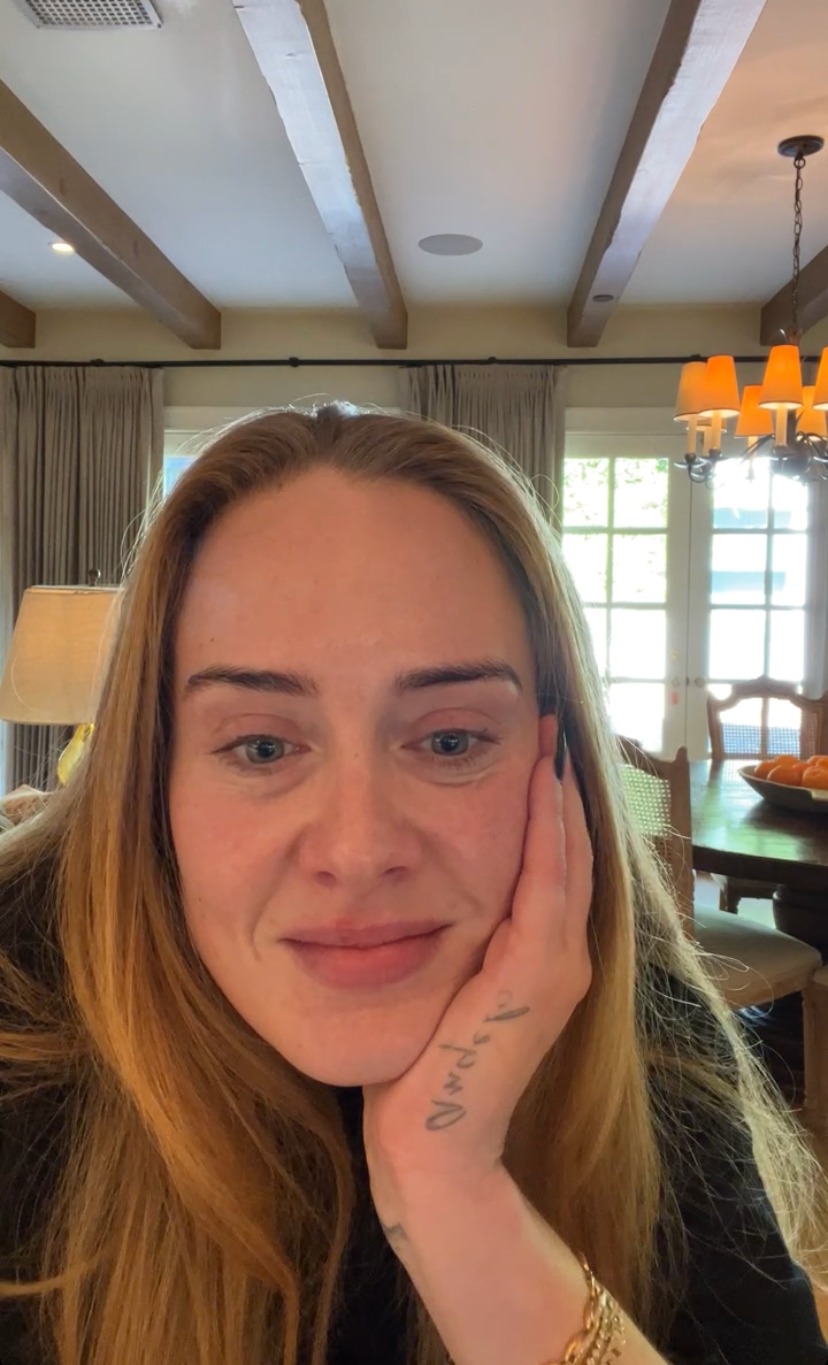 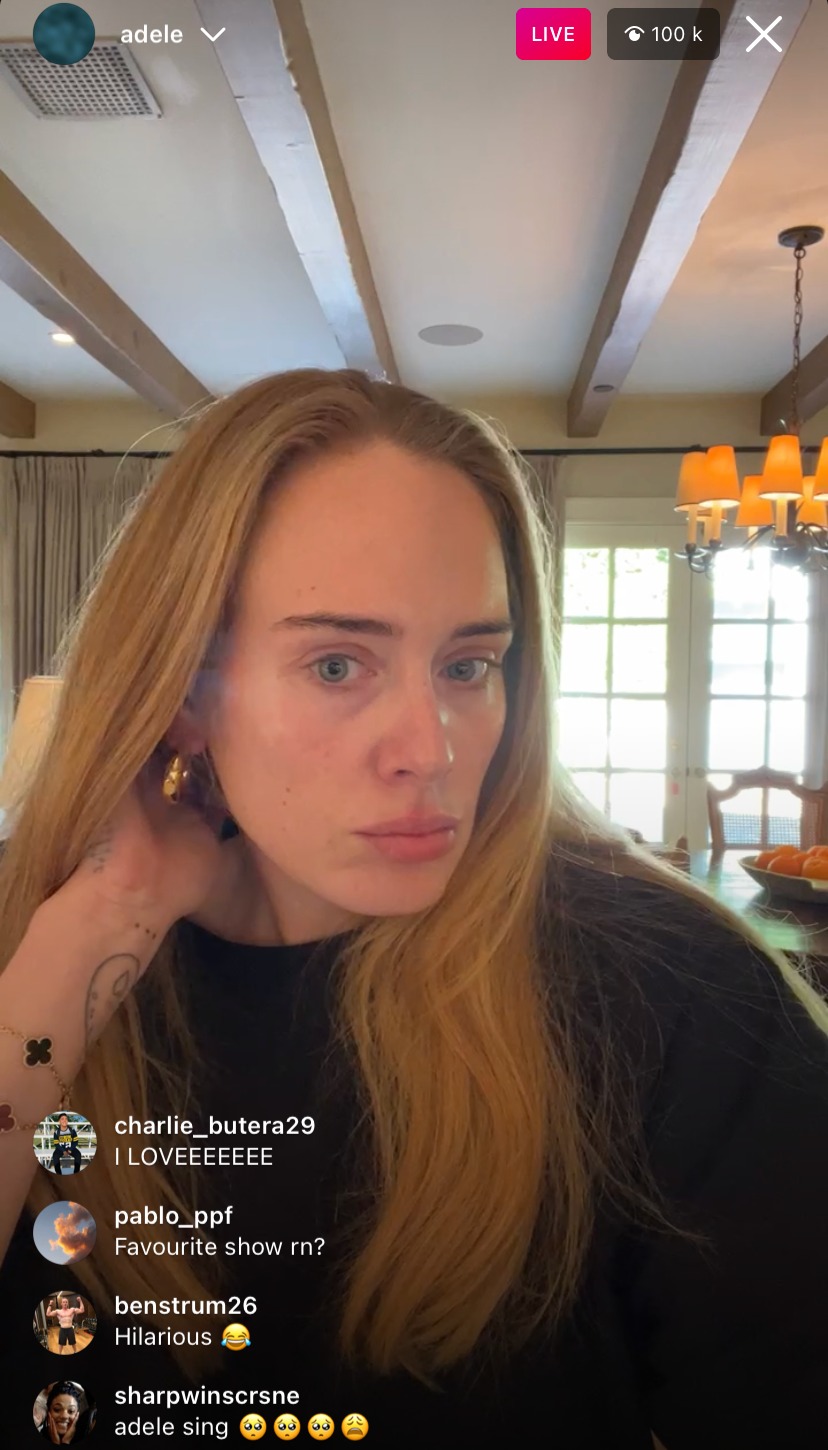 "I'm very excited for my new era it's been a long time coming," she teased fans.

Adele then played a clip of her forthcoming single Easy On Me – her first single in six years.

The Tottenham-born star admitted that she was worried about getting into trouble with her management for leaking the song online before its official release on 15 October.

But six years after the release of her last album, Adele was keen to give her fans a sneak preview.

"There is no gold in this river that I've been washing my hands in forever," she sang in the song.

"I know there is hope in these waters but I can't bring myself to swim when I am drowning in the silence, baby let me…"

Fans rushed to ask the singer questions about her new music.

"What’s my next album going to be based on? Divorce, babe, divorce," she said.

"Writing my music has been therapeutic"

The album is Adele's first new music since her divorce from Simon Konecki, who she split from in April 2019 after seven years together.

She also opened up about her mental health during her open and honest chat.

"My mental health is very good at the moment. I take it day-by-day and I address whatever comes my way," she said.

"It definitely helps me feel better if I take my time. Writing my music… yeah it's been really therapeutic for sure.

"I think I lost the appreciation for that. I got things out that I didn’t want to say out loud and talk about."

She also gave fans a glimpse into her home life as she said her eight-year-old son Angelo is a "very big boy now".

Earlier this week, Adele bared her soul in a new Vogue interview ahead of the much-anticipated release of her fourth studio album next month.

Covering the November issues of British and American Vogue, Adele said that her upcoming album was to answer his questions, explaining: "My son has had a lot of questions. Really good questions, really innocent questions, that I just don’t have an answer for.

"'Why can't you still live together?' I just felt like I wanted to explain to him, through this record, when he’s in his twenties or thirties, who I am and why I voluntarily chose to dismantle his entire life in the pursuit of my own happiness.

"It made him really unhappy sometimes. And that’s a real wound for me that I don’t know if I’ll ever be able to heal."

The devoted mother went on: "Obviously Simon and I never fought over him or anything like that, Angelo’s just like, ‘I don’t get it.'