The year 2020 is an odd one in which to explore the sexual relationship between a high school English teacher and her 17-year-old male student. If the teacher were a man and the student a girl, a show like “A Teacher” would not happen now. As it is, however, Hannah Fidell’s new series for FX on Hulu is tepid, not explosive. Strong performances from leads Kate Mara and Nick Robinson aren’t enough to propel this middling drama, and what could have been a controversial and deeply disturbing episodic is a safely played affair across 10 installments. At less than 30 minutes a pop, however, it’s addictive as a bag of chips you can’t stop eating because it’s there.

The central problems with “A Teacher” (based on Fidell’s 2013 more powerfully austere film) are quick to reveal themselves. There’s little sexual tension between Claire (Mara), an educator listless in her marriage, and Eric (Robinson), a corn-fed, straight-A student who lives with his single mother in Austin. The dynamic of grooming and the violation of power endemic to a teacher-student relationship should be harrowing, squeamish stuff, but the content advisory warning that introduces every episode is an illicit promise it doesn’t keep.

There’s also little build here. Within the first two episodes, Claire’s been tapped to tutor Eric in his final year of high school, but soon Eric confesses his feelings, and acts on them. Though Claire tries to throw up some professional distance, she inevitably surrenders after a loaded encounter at the school dance, and the next minute, they’re going at it in the backseat of her car. Okay, then. There is, at least up front, some complexity to their dynamic. In this telling, Claire is not a psychotic manipulator who won’t let Eric be the kid he wants to be; at first, both parties are in on their inappropriate behavior, and the elaborate, even thrillingly sordid efforts it takes to conceal it. But for Eric, whose experience with sex is limited to locker-room talk with a couple of best buds, it soon proves dangerous as he’s sucked into the psyche-shattering power of a formative erotic exchange.

Stylistically and narratively, the show encourages you to buy into the illusion that this a first love for Eric, as their affair becomes a stolen-hours thing, with surreptitious, messy nights in the backseat of Claire’s car, thirst Snaps sent back and forth, and finally a weekend getaway on Eric’s 18th birthday that almost looks like romance.

When Claire sneaks off to answer phone calls from her husband Matt (Ashley Zukerman), claiming that she’s at some kind of curriculum conference, Eric starts to confront how doomed this fling might be. The next moment, intended to shock, plays like footage from a tawdry French film: Eric demands Claire drop her drawers and throws her onto the kitchen table for some vigorous thrusting, as if a fleeting little death will somehow erode his pain and bring her back to him.

Everything blows up about midway through the season when Claire mistakes her colleague Kathryn for a confidante (Marielle Scott, the fun-loving kind of coworker you want for a boozy brunch) and spills her secret. And then… “A Teacher” rushes through the fallout. One minute, Claire is confessing to her husband; the next, cops are at Eric’s door. We’ve seen the last of Kathryn, and any outside window into Claire’s behavior is limited to nosy, gossipy neighbors and murmurs among Eric’s classmates. 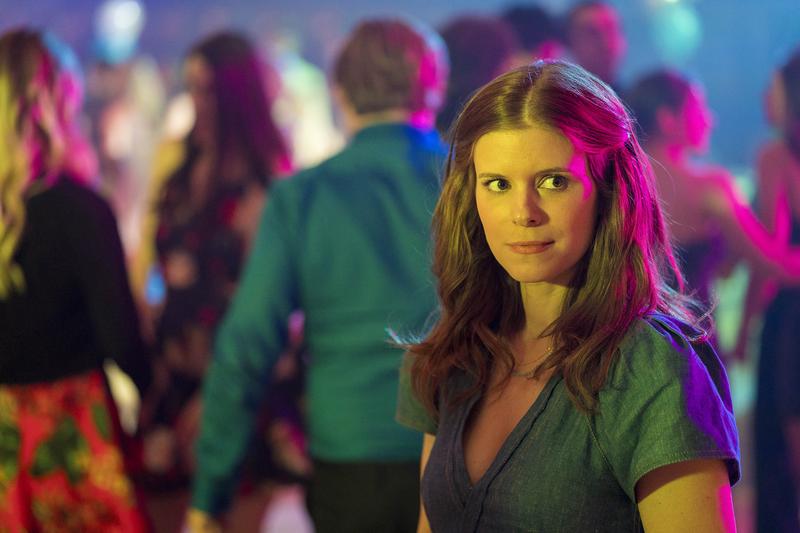 It’s understandable that Fidell and her writers might have wanted to avoid the clichéd pitfalls of depicting a forgone conclusion (her life is over, etc.), but this mid-stretch of episodes really could have used an epic throwdown between Claire and her husband, or Eric, or… anyone, really. Everything unfolds at library-voice volume, and the show’s eagerness to dodge histrionics hurts it in the end, because it doesn’t find other ways to hold Claire accountable.

Instead, “A Teacher” spends its time analyzing why Claire seduced a boy, including a subplot involving her recovering alcoholic father. At rock bottom, Claire retreats into some kinky sex with a willing new flame, but their encounters only push the series further into erotic-thriller banality as Claire begs to be slapped around and called a “dirty slut.” Finally, as she comes to some version of her senses and grasps the repercussions of her affair, Claire tries to pick up her broken life years later and realizes that no one wants to hear it. Those moments are potent, but by then the series is, literally, over. 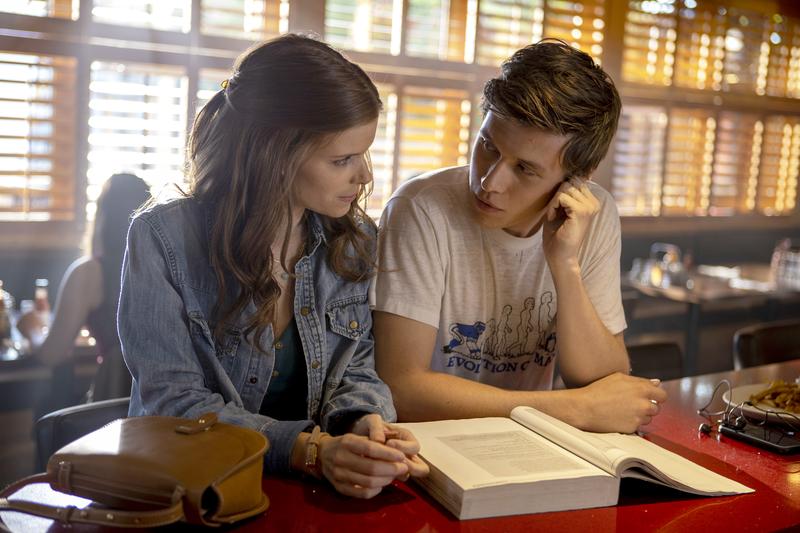 Mara delivers a thoughtful performance. We watch the panic cascade across her face as her life collapses in slow-motion demolition, and she is just as effective in communicating the affair’s vibratory, possessed effect on her. Robinson, meanwhile, is a powerhouse of walking delusion, convinced he’s in love when — as he realizes far too late — he’s being sucked dry by a lonely woman. The show picks up speed when Eric relocates to the University of Texas and must reconcile his trauma while acclimating to the macho world of fraternity life. Cue the drunken, self-destructive spiral.

Fidell is clearly a skillful filmmaker, as she demonstrated with the feature that inspired this series as well as “6 Years,” the 2015 film about another unsettling romance. The cool style she demonstrated in those films is lacking here, with scenes playing more like coverage than cinematic storytelling. (Gillian Robespierre and Andrew Neel also direct a handful of episodes.) It may be an attempt to evade glorifying the premise, but the results are toothless.

There are ways to explore a relationship’s dark and disturbing power imbalance without tipping the scales toward exploitation. We’ve seen it in Fidell’s film and in the Oscar-nominated 2006 “Notes on a Scandal,” for just one example, but “A Teacher” ditches style, insight, and sexual politics for debased suburban behavior. At a time when TV embraces inventive and risky storytelling, “A Teacher” looks and feels like something that belonged on cable 10 years ago.

“A Teacher” premieres on FX on Hulu, with the first three episodes premiering November 10, and the rest debuting weekly through December.