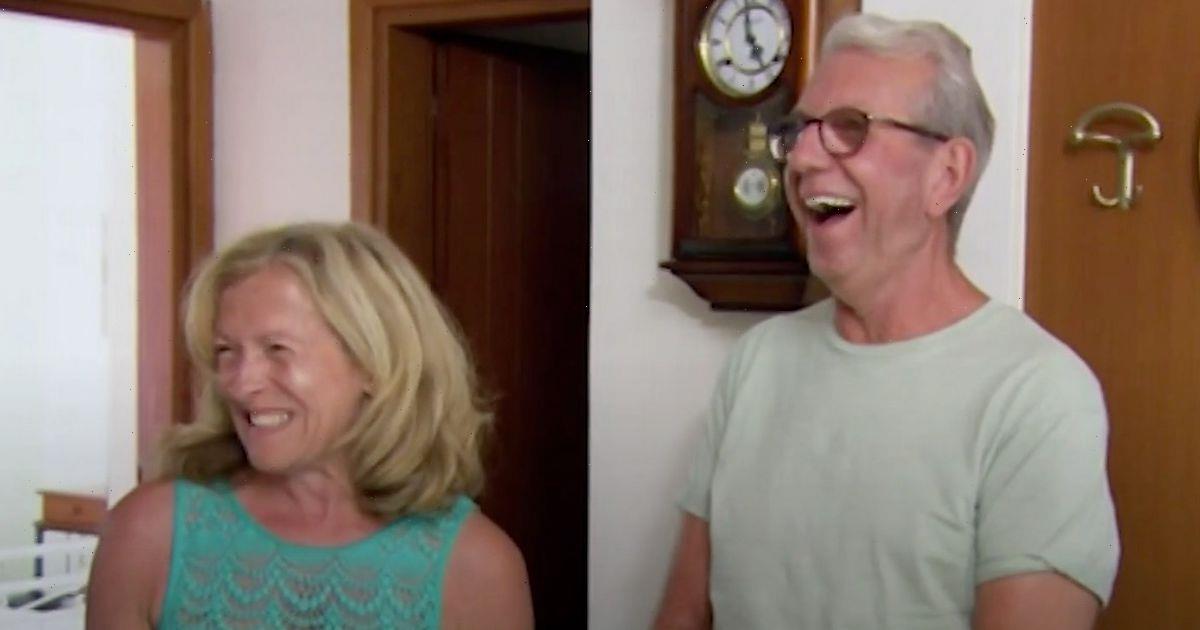 A couple on A Place in the Sun refused to continue a viewing of a Greek villa on the grounds it was "too dated".

Tony and Ginny had a budget of £230,000 and enlisted presenter Laura Hamilton to help them find their dream home on the Mani Peninsula in Tuesday's episode (May 25) of the Channel 4 show.

It wasn't long until Laura was commenting that the difficult couple "aren't shy about expressing their opinion" and later confessed it was a "rather tricky search".

The first viewing, a three-bed house in Rigklia on the market for just under £230,000, was a failure because there was no swimming pool and Tony hated the traditional exposed wood beams and stonework.

Tony and Ginny also found fault with the next property which they said was too dark.

Laura hoped to win the couple over with the fifth and final house, a three-bedroom villa in Stoupa.

It had outside space, including lots of room for parking, a garden dining area, a large terrace off the main living room with beautiful views, and a small balcony off one of the bedrooms.

But the couple immediately hated it and weren't shy about telling Laura.

"Tony has gone silent," said Laura, seeming to know what was about to happen.

Laura managed to persuade them upstairs but the couple were not appeased.

Ginny said: "It's a nice little fireplace but it's just very dated isn't it?"

Laura asked: "Would you like to look at the rest of the property?"

Tony said: "No. Nothing is going to change."

Luckily Tony and Ginny did like property number four, valued at £265,765 at the time of filming, enough to make an offer.

The half-finished three-bed villa in Agios Nikolaos needed electrical wiring work and safety railings but had a mezzanine level and a large terrace with sea views, as well as a swimming pool.

Unfortunately, their offer of 10% below the asking price was not accepted and so they went back to the UK.