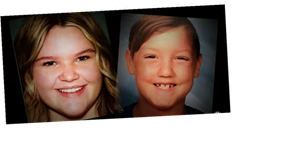 The notorious Lori Vallow case is getting the Lifetime movie treatment. The story of the Idaho mom and the strange disappearance of her two children is one of six new “ripped from the headlines” movies the network has planned for summer 2021.

“These stories captured our collective attention and are the perfect kick off to the summer with the stranger than fiction moments and revealing secrets that had everyone talking,” said Amy Winter, executive vice president and head of programming, Lifetime and LMN.

Doomsday Mom is inspired by the bizarre story of Vallow, her husband Chad Daybell, and Vallow’s two children, J.J. and Tylee. J.J. and Tylee both mysteriously vanished in September 2019. Police eventually discovered the children’s remains on Daybell’s property in Idaho in June 2020.

As authorities hunted for Vallow’s children, they uncovered the couple’s involvement in a “doomsday cult.” In addition, a number of people close to the pair died in the months before and after J.J. and Tylee’s disappearance.

Both Daybell and Vallow are now behind bars awaiting trial on conspiracy charges related to the deaths of the children. The case has already been the subject of a Dateline podcast and episode titled “Mommy Doomsday.” It was also the focus of an episode of Injustice with Nancy Grace and the documentary Doomsday: The Missing Children on ID.

Lifetime plans five other movies inspired by true events to air in June.

Gone Mom is based on the story of Jennifer Dulos, a Connecticut mom who disappeared while in the middle of a contentious divorce. Her husband died by suicide after authorities charged him with her murder. Jennifer Dulos remains missing. Annabeth Gish and Warren Christie star. The movie airs Saturday, June 5.

Soccer Mom Madam stars Jana Kramer as Anna, a suburban mom who runs an elite escort service for high-powered New Yorkers. It’s based on the story of Anna Gristina. She pleaded guilty to promoting prostitution in 2012 but has refused to share the names of her famous clients. It airs Sunday, June 6

Jennie Garth and Anwen O’Driscoll star in Left for Dead: The Ashley Reeves Story. It’s based on the real-life case of Reeves, a 17-year-old from Illinois who was attacked and abandoned in the woods. It airs Saturday, June 12.

Secrets of a Gold Digger Killer stars Julie Benz as a Celeste Beard, a Texas woman convicted of murdering her millionaire husband. It airs Sunday, June 13.

Sadie Calvano will star in Secrets of a Marine’s Wife, airing Saturday, June 19.